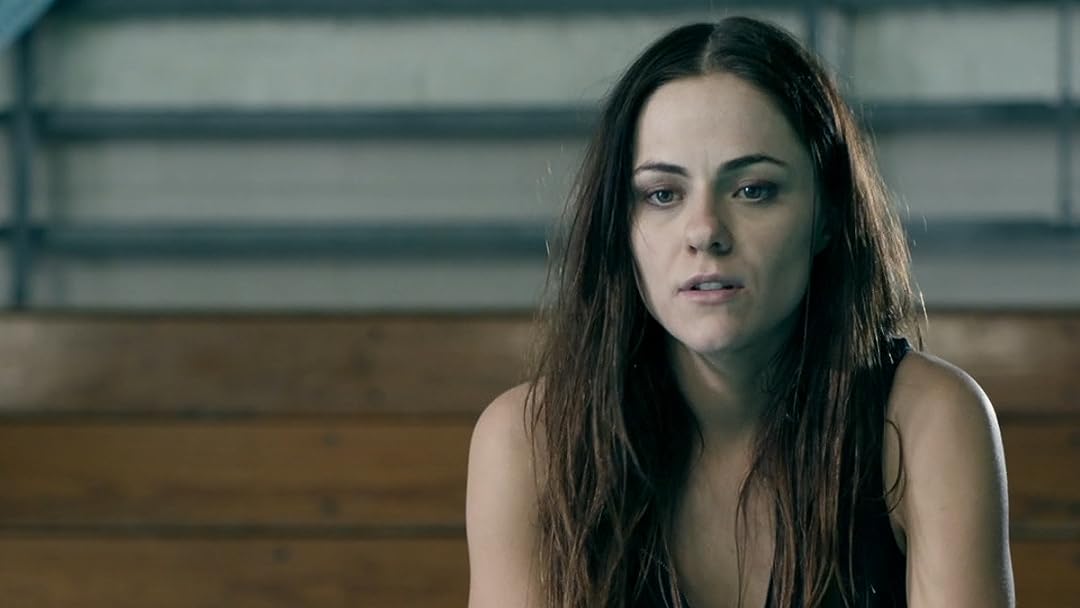 (2,368)
5.41 h 25 min201718+
Inspired by true events, sisters Bree and Jonna get trapped beneath the fiberglass cover of an Olympic sized public pool after it closes for the holiday weekend. They find themselves at the mercy of the night janitor, Clara, who sees the trapped sisters as an opportunity to solve a few problems of her own.

Rentals include 30 days to start watching this video and 7 days to finish once started.
Add to
Watchlist
By ordering or viewing, you agree to our Terms. Sold by Amazon.com Services LLC.
Write review

Jeremy Dick: Your film, 12 Feet Deep, is said to have been inspired by true events. Was there one particular story that influenced this film, or is it an amalgamation of different stories?

Matt Eskandari: I would say that my most unique ideas stir up from my subconscious. Daydreams, nightmares, and my own personal demons and anxieties. A little secret about me, I’m genuinely terrified of water and I can barely swim! Pools and oceans all trigger a bona fide sense of dread for me. Just the whole idea of being trapped in a pool makes me sweat. I decided to tap into that fear and the concept blossomed from there.

My co-writer Mike and I researched several different accounts of stories where something similar took place. A teen girl in Australia recently died in a similar fashion, but it ended up being more an amalgamation than any single story. In 12 Feet Deep, I really wanted to challenge myself as a filmmaker and tell a contained story that didn’t rely too much on the use of special effects, but rather deals with redemption, guilt, and the bond of sisterhood. The overall concept was just the dressing for the deeper layers I wanted to explore as a storyteller.

Sydney BlanchardReviewed in the United States on August 4, 2021
1.0 out of 5 stars
this movie is like being stuck in a pool but you're watching this.
Verified purchase
****SPOILERS**** *BUT ALSO THIS MOVIE SUCKS*

Honestly, this was recommended to me by tik tok, and i was sorely disappointed. As a diabetic myself, the girl would have started to have seizures WAY long ago. Regardless of those inaccuracies (which seem like they didn't even talk to a diabetic before writing a diabetic character), I feel like it was so obvious what to do for most of the movie. Give. the lady. the. ring. Also, it seemed it just perpetuated a half-baked thought that all prisoners and ex-prisoners are evil. I wouldn't even recommend this to my boyfriend's dog. I wish I could give it zero stars. Cool idea executed by a singular brain cell that think women would rather die than give up an engagement ring.
3 people found this helpful

Tom NReviewed in the United States on July 9, 2017
4.0 out of 5 stars
Surprisingly good
Verified purchase
This movie was very engaging, and it surprised the hell out of me. It was not the mindless horror which I assumed that it would be, when I stumbled across the title to rent on Amazon. I was a little annoyed by the shrill bickering between the two sisters in the first half of the film; but I was touched by their heartfelt talks later in the film when they thought that they were in real danger of dying. Towards the end, I started to root hard for the two of them to make it out alive - which is something I seldom do while watching horror. Yes, this movie isn't going to win any awards; but at least it isn't ugly torture porn either.
7 people found this helpful

Mina Reviewed in the United States on March 9, 2021
1.0 out of 5 stars
Terrible but great for a bad movie night
Verified purchase
This movie is ridiculous! May be fun for a bad movie night but in reality ridiculous. The pot really doesn’t make much sense at all LOL the fact that the whole thing takes place in a pool is not what really bothered me it’s just the acting and the dialogue that was just awful.
2 people found this helpful

VelmaReviewed in the United States on April 5, 2020
5.0 out of 5 stars
Good movie
Verified purchase
A good movie for the quarantine or if you already hate pools.
4 people found this helpful

MonicaReviewed in the United States on August 9, 2019
3.0 out of 5 stars
Parents of teenagers... this might work to get a discussion going!
Verified purchase
Movie was ok but the kids and I still had fun watching it and tried to come up with ways they could escape. Given that my two older kids are 13 and 15 and they had fun watching a movie with mom and discussing escape plans, I should give this movie 5 stars!
4 people found this helpful

B. by the WaterReviewed in the United States on December 13, 2020
3.0 out of 5 stars
Realistic
Verified purchase
12 Feet Deep: Trapped Sisters: Unique drama, suspense, horror. Who would ever have thought of such what if scenarios.
One person found this helpful

Scott B. JannushReviewed in the United States on October 11, 2020
5.0 out of 5 stars
Don't go in the POOL!
Verified purchase
Great film - edge of your seat -- trapped in a gym pool -- well done! I ain't ever going swimming again,
One person found this helpful
See all reviews
Back to top
Get to Know Us
Make Money with Us
Amazon Payment Products
Let Us Help You
EnglishChoose a language for shopping. United StatesChoose a country/region for shopping.
© 1996-2021, Amazon.com, Inc. or its affiliates