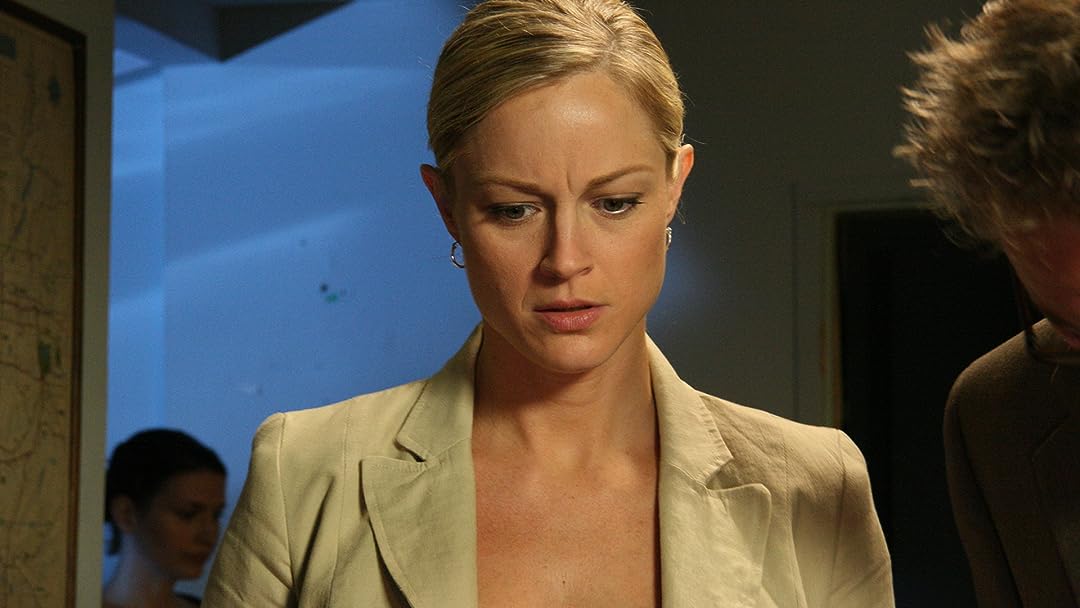 (106)
4.91 h 35 min200913+
A police profiler has just returned from psychiatric leave only to find that he is caught in a serial killer's rampage. Fighting to keep buried the trauma of his childhood, he must confront the all-too-familiar flesh marks that the killer leaves on the faces of his victims. He must face his own demons, along with the killer, to save his small, eroding existence.

bonfireblondieReviewed in the United States on November 4, 2017
4.0 out of 5 stars
Very Good!
Verified purchase
I enjoyed this detective mystery. It was suspenseful. I pretty much guessed the bad guy midway through. I think all of the acting was really good. The lead actor was impressive and has an amazing range. He was very natural in that part. I'd like to see him in more films. The bad guy was excellent and very powerful in his part. Story wise, the one problem was the timeline and the ages of the main characters portrayed. I wonder if that wasn't a last minute change in the script. But if you ignore that, suspend disbelief and go with the plot, the film is very good.
3 people found this helpful

Amazon CustomerReviewed in the United States on January 11, 2018
4.0 out of 5 stars
Held my interest..
Verified purchase
Wasn't sure what to expect, but I really enjoyed this movie. Decent acting, good script, a little gore & I didn't fall asleep. I recommend this movie.
2 people found this helpful

Grandma 420/710Reviewed in the United States on December 5, 2017
3.0 out of 5 stars
Tired Story Of A Cop WIth Issues not very well done.
Verified purchase
When I see such difference in reviews I'll watch the movie. This movie was all the way around just okay. It's a tired story of a cop with issues..Yawn, yawn. The acting goes from okay to how the hell do you call yourself an actor. It was just trite and blah. Nothing edge of your set including the serial killer. Nothing memorable and I would wait till this hit Prime free rather than paying for it.
2 people found this helpful

EinsatzReviewed in the United States on September 26, 2011
4.0 out of 5 stars
What time is it?
Verified purchase
"You thinking what I'm thinking?"
"Probably not."

Russell Spivey, a police profiler (Mark Thompson) no sooner returns from psychiatric leave when he suddenly finds himself caught up in a serial killer's rampage. Fighting to keep the trauma of his childhood buried, Russell Spivey must confront the trademark of the killer: all too-familiar masks left on the faces of his victims. The significance of these masks is reveled slowly and late, this is mainly a story about a cop with issues (they always have issues, in this case drinking). A great deal of time is devoted to Russell Spivey's issues, which also involves Kevin Pollack as the doctor who is treating him. I was less interested in this aspect of the film but most of the amusing moments came from their interplay ("light?"). So I'm conflicted, I really liked this movie but it's definitely more a procedural than what the DVD illustration suggests. If you went by the impression the cover gives you would be misled into thinking this was a horror film, it's not. Even though all the elements represented on the cover are accurate to the contents, they're done in such a way that you would think it was a horror movie. I think that's a bit of a cheat.
At any rate, I enjoyed it once I got over my initial disappointment. But I didn't keep it for my collection.

Amazon CustomerReviewed in the United States on May 22, 2018
3.0 out of 5 stars
I'm sorry mommy, I'll do better
Verified purchase
Fell asleep.Woke up. Named the killer. The end. The movie was well done. Until the end. Did not appreciate the flipped end. However, they needed him alive to explain his part in the movie/killings. And they needed him dead to have a happy ending, so they couldn't kill him off until after he had relived his terrible past. After they arrest him... turn it off. Nothing else to see here. The end.
One person found this helpful

Cheryl LaneReviewed in the United States on December 29, 2017
5.0 out of 5 stars
Dwight Yoakam....under appreciated bit part actor!
Verified purchase
Love, love, love Dwight Yoakam!!! He always plays those roles that you have to pay attention to find him but, I loved his bit part in this movie! Overall the movie was good, the killer was pretty obvious from the beginning but it was a fairly good story line. I'd watch it again, not bad at all.
3 people found this helpful

Binky ChottorrhœhiaReviewed in the United States on April 25, 2015
3.0 out of 5 stars
Roles should have been reversed
Verified purchase
I don't think I'm giving away too much by saying it's a shame that some very poor casting choices were made--not that any of the actors is bad, but really Mark Thompson and Mark Pellegrino really would have come across far better and made this a great film if their casting had been swapped and Pellegrino had played the surly, alcoholic investigator while Thompson portrayed the man whose wife the investigator was never able to catch... I could imagine giving five stars to that film, all else being equal.

Amazon CustomerReviewed in the United States on December 30, 2017
4.0 out of 5 stars
The acting was superb and I loved the movie
Verified purchase
The acting was superb and I loved the movie, however, I knew right from the entrance of Tyler with the message from his long missing wife "I MISS YOU", that he was the killer. I knew it but the movie was good enough that that didn't really matter.
One person found this helpful
See all reviews
Back to top
Get to Know Us
Make Money with Us
Amazon Payment Products
Let Us Help You
EnglishChoose a language for shopping. United StatesChoose a country/region for shopping.
© 1996-2021, Amazon.com, Inc. or its affiliates