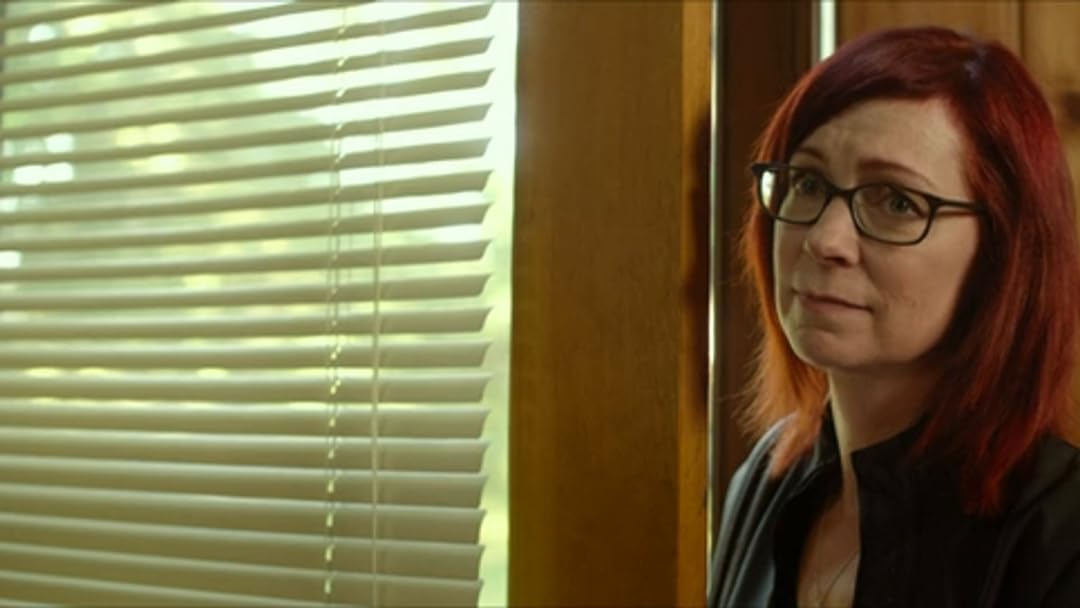 (366)
4.21 h 24 min2019X-Ray18+
When five college pals return to rural Wisconsin for their estranged friend's funeral, what begins as an uneasy reunion becomes a terrifying fight for survival.

Damon HenrichsReviewed in the United States on March 30, 2019
5.0 out of 5 stars
Genre Blurring At Its Best
Verified purchase
I THINK this is likely billed as a horror movie? But it's not. It's more "thriller with the 'wait for it' ending". It also has more comedy than a dopey teen horror flick, doesn't feature a virgin getting killed off, and the youngest person in the movie is 23. Pretty sure no one in this movie is a virgin, LOL . . . so no "the virgin gets it!" moment.

It does have some "Yelling at the characters to get out!" moments, but even that feeds in to the genre blurring, which is to say that this movie has WAY more genuinely funny moments than the typical horror (OK, maybe not as many as "Scream!").

Basically, the plot is "What would happen in the 'Big Chill' if some of the people reuniting are off the wall bat sh#t psycho?"

Merry happenings ensue including humans caught in animal traps, weird amounts of random dead dogs, racoon attacks, spades to the face, hurling into kitchen sinks, cockroach attacks, a shower that spouts blood, and a woman who asks what sort of red wines they have at a dive college bar.

If you love thrillers, horror or comedy . . . this is for you.

St JackReviewed in the United States on July 25, 2019
1.0 out of 5 stars
Stupid, not worth it, characters too snarky for horror
Verified purchase
This movie was stupid. The writing was fairly good at first, or at least the dialog was great, just that the dialog did NOT belong in a horror movie. This could have been dialog from a clever comedy, drama, or dramedy, but horror? NAh.

The characters (and likely actors) represent the quintessential modern american of upper middle class where everything is handed to them by their rich parents. So it probably was a horror movie but horror to rich people, like the house they live in only has 20 rooms, not 100, or they have to drink spring water instead of champagne, or they have to pay a gardener to mow when they are used to exploiting a Mexican like those rich people do....

Everything about this makes me sick.
9 people found this helpful

TiffanyReviewed in the United States on March 7, 2019
5.0 out of 5 stars
Brilliant, Witty, and Suspenseful
Verified purchase
I personally thought the movie was brilliant. I thought the acting was spectacular and I thought it was well written. For me personally, it was suspenseful from start to finish, and it was intelligent. This wasn't your typical gore fest of a horror movie where the characters are completely oblivious to what's going on and the killer just wants to kill just to kill.

The plot is that a group of old college friends have a reunion of sorts when one of their motley crew dies. They gather for his funeral at his home in the Wisconsin wilderness, being brought back together for the first time in years. It immediately becomes evident that each character is unique, with their own sets of troubles and insecurities. The actors also brilliantly portray the difficulties of old college friends being reunited after years of being apart. They perfectly portray the dynamics of the old group, with much banter amongst them, but also the bad blood and bitter feelings that have developed from both the drifting apart and from old memories that the characters have spent years stewing on.

I won't spoil anything further about the plot, as I strongly encourage people to watch the movie and decide for themselves whether or not they liked it. However, I will say that the setting and the actors create a very creepy and suspenseful air, perfectly demonstrating the awkwardness of the situation that brought them together. You may love the movie as I did or you may hate it. As every person is different, I usually say don't judge something based solely on reviews.
16 people found this helpful

Jannie GunsReviewed in the United States on June 29, 2019
2.0 out of 5 stars
Dumb
Verified purchase
I usually come up with better headlines but this sums it up. I love horror and appreciate some B films with very low budgets this was bad considering it looking professional. Been a fan of Carrie Preston since True Blood so I assumed it would be good since she was in it.

Bluntly, some of the scenes were just stupid. I understood the storyline and plot, but the film did not bring it. The ending was rushed. The acting was awful. When I saw the trailer I was excited to see it. It was just as bad as homemade films inspiring directors and producers upload on Amazon.

I gave it two stars because the dynamic between the friends was true to real life. I have encountered people like their characters many times.
7 people found this helpful

Lisa Twigg GrimmReviewed in the United States on August 15, 2019
2.0 out of 5 stars
Good premise, incredibly dumb film.
Verified purchase
Wow. What did I just watch? The only good thing I can say about this movie is that there is good cinematography and very small spots of passable acting. But this film faceplants so hard, it is almost funny. At times. I wondered if this was an attempt at horror comedy. Keyword, attempt. I am guessing this was supposed to be a psychological game sort of movie but it just couldn't decide if it wanted to be taken seriously or not. Regardless, it fails at both being a serious film and being a comically bad film. The plot is suffering from a severe lack of focus to the point I just wanted to turn it off. But I soldiered through a mashup of uninteresting, unlikeable characters, a misunderstanding of tension and pointless scenes of so-called friends being terrible to each other. I think that is what bothered me the most. Again, guessing here, but this was likely supposed to show a group of estranged college friends coming together and trying to honor a deceased member of their collegiate gang. However, from the start there is no believability that these people ever liked each other. Friendship Never Dies is the tagline of this film and I'd argue there was no friendship to begin with. Drinking buddies at best. So it ends up making the movie completely unbelievable that this group of people would venture out to Wisconsin to relive good memories. The only entertaining part of the film was one of the main characters girlfriend and Sylvia, the now-widowed wife of the deceased friend. But the entertainment is unintentional. Both characters are insanely hamming it up and there's no subtlety to be found in either of them. You want to see a great film about old friends coming together and sinister happenings? Go watch The Invitation. Want to get a migraine and waste almost an hour and a half of your life? Watch this movie. (But seriously, don't watch this movie.)
3 people found this helpful

T. LeeReviewed in the United States on January 6, 2020
1.0 out of 5 stars
Thought I'd found something good...
Verified purchase
Anyone who sifts through the horror category here on Amazon knows there are some clunkers available to stream. This film started off looking smartly written, funny and it had actors I'd actually seen before. By halfway through, though, the story gets muddy and dull. Some characters become unbearable and I was just glad it was nearing the end. Then it fell apart, ended in a very unsatisfying way, and proved to me the creators were uninterested in their audience. I bet someone feels clever for leaving us shortchanged.

The ending makes no sense and you could think of ten better endings on the way to the kitchen for a snack.
5 people found this helpful

TheDoctorIsInReviewed in the United States on October 26, 2019
1.0 out of 5 stars
DO NOT WATCH
Verified purchase
I would have given it 3 stars, but the characters and ending made it a 1 star.

I am a huge horror fan, so it is always disappointing when I come across shoddy horror.

While it was an interesting concept, the characters were bland, lifeless, and overplayed. I was sitting there thinking that I could gather a random group of people off the street who could play better parts then what was written.

The ending was tired, not believable, and totally asinine.

Do not waste your time.
2 people found this helpful

Andrew "Big Ugly' HaleReviewed in the United States on September 4, 2020
3.0 out of 5 stars
Good acting. Questionable story.
Verified purchase
In the name of science and art, apparently Crazy always finds a way out. Maybe there is a message here about the human psyche and the lengths we'll go to for survival. Maybe there's an unintentional message about how careless we are in our quest for knowledge and understanding that we dismantle life around us to get accolades for our findings. Either way, the actors portrayed their characters well. Some unanswered questions AND SPOILERS:
- how did Max blow his brains out on camera yet is fully alive?
- how is Paul arrested for murder when Sylvia held every one against their will after shooting Paul and another man?
2 people found this helpful
See all reviews
Back to top
Get to Know Us
Make Money with Us
Amazon Payment Products
Let Us Help You
EnglishChoose a language for shopping. United StatesChoose a country/region for shopping.
© 1996-2022, Amazon.com, Inc. or its affiliates