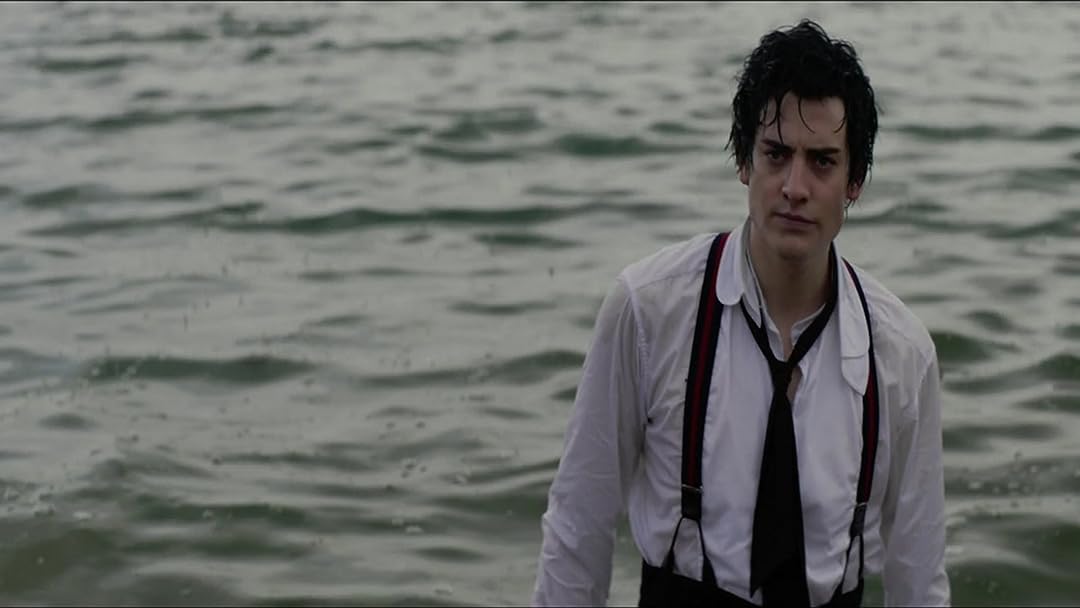 The Adventurer: The Curse of the Midas Box

(679)
5.41 h 39 min2013X-Ray13+
Ancient mysteries. Powerful evil. And a fearless hero's quest through a fantastical realm of steam-powered wonders and sinister magic. In The Adventurer: The Curse of the Midas Box seventeen-year-old Mariah Mundi's life is turned upside down when his parents vanish and his younger brother is kidnapped.

Rochester FanReviewed in the United States on March 6, 2019
1.0 out of 5 stars
ALL BLING, NO SING
Verified purchase
SPOILER ALERT! This absurdly bad movie starts by telling us about the Midas box, which is so powerful that it got lost in time, misplaced. They lost the box, but managed to not lose a map to the location where the box is lost. Then, before the opening scene is finished, they're searching for a "powerful amulet." This movie is over-produced, over-acted, over-directed, over-rated. They poured money and attention into everything except the story, which is so bad that it really should kill the fantasy genre altogether. I give it one star for the wasted sets and Halloween-quality costumes.
69 people found this helpful

DeathbladeReviewed in the United States on April 13, 2019
2.0 out of 5 stars
Too many plot holes and silliness to enjoy
Verified purchase
I was expecting a fun, silly story, but unfortunately, there were just too many nonsensical aspects of the movie to be able to suspend my disbelief and get involved in the story. Honestly, the first third of the movie is pretty good, but then it devolves rapidly. For instance (there are some spoilers in here):

The main character has literally no skills, ability, knowledge, experience, etc. but the super-badass secret agent sends him to infiltrate the genius villain's base, with no advice, maps, training, clear direction, weapons, etc. What?

The main character and the female supporting character try to use a magical set of Tarot cards to find out where his brother is. The initial effort doesn't work. Then, the female supporting character says, "These cards probably feed off of emotion. You need to show the cards why you want to find your brother." What? This girl is literally a poor seamstress, and yet somehow has insight into ancient, magical Tarot cards? How? Why? There was absolutely no info about the cards up to that point, nor any indication she knows anything about the paranormal.

SPOILER: The impossible-to-find Midas box is actually just around the corner from where the villain's main work camp is. Seriously. I'm not kidding. They literally just walk around the corner and find the location he has been spending months searching for.

Later, the protagonist's brother is trapped in a basement room filling with water. Around when the room is 3/4 full (after only about 2 minutes of water filling the room), the protagonist leaves, goes to find a suit of armor, puts it on, tracks down the villain, engages in dramatic fight scene, then comes back to open the room "just in time". Lol.

I really wanted to like this movie, but sadly, it was just too silly. The things I mentioned above are only a couple out of dozens, and dozens of things that just didn't make sense.

Amazon CustomerReviewed in the United States on April 29, 2020
5.0 out of 5 stars
Don't listen to the negative reviews
Verified purchase
The most important thing to me in a movie like this is the visuals, theme, and acting. The movie had great believable actors, awesome playful costumes, easy on the eyes visual effects (I had no idea this was low budget until I read the reviews), and good for the entire family to watch. I feel the ending could have been fought a little harder and there were so many times I thought the heroes had a win when they didn't but honestly, It's hard to find a movie these days in quarantine that's good and you haven't watched yet. Not every movie will be as good as Titanic and not Every show will be as good as Game of Thrones (by the way "Cersei" plays the villain). I would say the movie deserves a chance. If you really want a bad movie, try watching the first 10 minutes of Mythica- it was painful.
18 people found this helpful

Ron BakerReviewed in the United States on March 9, 2019
4.0 out of 5 stars
Family film night!
Verified purchase
A fun film perfect for the whole family that parents can watch with kids and not worry about any awkward moments. That is not to say this is a lightweight film, it has some dark elements. Great costumes and sets, good acting and a great cast. This film goes for the epic Indiana Jones vibe with powerful stolen antiquities and evil doers. This is a tension filled period romp and the action starts right away and lasts throughout. Recommended!
26 people found this helpful

I.H.Reviewed in the United States on January 11, 2021
5.0 out of 5 stars
A Good Victorian Fantasy Family Adventure
Verified purchase
Last summer I wanted to update my movie collection with some family adventure movies since I've been helping watch my nephews after school. I didn't own many movies before since I tend to be very picky about movies and I usually remember things well-enough I don't need to constantly re-watch them. My sister and I got this on Netflix and liked it pretty well. It's a victorian fantasy adventure based off of the Moriah Mundi novel, which, I'll admit, I'd never heard of before watching this. The acting is good, the camera work is excellent for this being as obscure as it is, and apart from a scene where the main characters use a deck of magical cards for a bit of divination, it's family-friendly. Sam Neill plays a convincing villain and Michael Sheen does very well playing two different characters in the film. Much of the movie is spent developing the story and the relationships between characters, so don't expect non-stop action and fight scenes, though there are a few action sequences. The story centers on a secret organization within the British government called the "Bureau of Antiquities" who are trying to stop a villain from getting his hands on a mythical weapon called the Midas Box. Most of the story is centered around the main character rescuing his captured younger brother while at the same time stopping the villain from finding the Midas Box.
4 people found this helpful

London FogReviewed in the United States on February 15, 2014
4.0 out of 5 stars
An Original, Fast Paced Adventure
Verified purchase
Before Mariah Mundi's parents go missing, his mother tasks him with keeping his brother safe, and entrusts both sons with the piece of an ancient Egyptian amulet. But he soon finds himself entangled in a quest for the fabled Midas Box when Felix, his younger brother, is kidnapped by the same organization that his parents have fallen afoul of. Help comes to him in the form of a man named Charity, who sets him up as a porter in the hotel where the villainous Otto Luger is keeping Felix, and where he learns the amulet may have a darker secret than he ever expected.

The story unfolds quickly, and for a low(ish) budget, independently produced film, I was left impressed with how high the standard was set from the scripting to wardrobe. The Victorian costumes are lovely, the paltry use of CGI not one bit detrimental to the visuals. The plot was original, where unexpected developments abounded, and while technically a young adult movie, it was more than mature enough for any age to enjoy. It may not be the absolute best in the genre when compared to other period sci-fi/adventure films, yet this still held its own nicely.

As a bonus, there was no standard Hollywood glorification of filth or depravity here - just a solid movie that provided me with a much needed steampunk fix.
54 people found this helpful

All about loveReviewed in the United States on January 3, 2014
4.0 out of 5 stars
Very good - worth seeing adventure movie.
Verified purchase
I loved the actors and the characters - liked the story and i am glad that i saw it. It may not be the absolute BEST movie in this genre but i'd say it was very good at least. There aren't enough movies in this genre and so I'd say SEE it for sure if you like Adventure/Action/Sci Fi or Fantasy type movies. I personally LOVE them so i'm always looking for something to get a "fix" on (I am a Star Wars, Star Trek, Avatar, Indiana Jones LOVER)......so if you like that type of movie I'd say YES - see it for sure.
75 people found this helpful

MReviewed in the United States on May 12, 2020
1.0 out of 5 stars
Family fun... if you have small children with little brains and no ambition
Verified purchase
This could be a fun little family film, meaning it might work for those that don't care about plot, and have yet to see every cheesy overused plot point crammed into a single film without any care for how the narrative actually flows, or it might work for those that don't care for the time lost watching a film that is poorly executed. So, you know, if you have a few hours to kill, and don't really care if your children could be exposed to a good narrative with excellent acting and interesting action, and don't care about teaching time management skills (I obviously failed at that), then carry on brave souls. Carry on. (Though I would say the reveal at the end was unexpected. Not a saving grace by any stretch of the imagination, but did make me think, "Oh, something original. Now THAT was surprising.")
4 people found this helpful
See all reviews
Back to top
Get to Know Us
Make Money with Us
Amazon Payment Products
Let Us Help You
EnglishChoose a language for shopping. United StatesChoose a country/region for shopping.
© 1996-2022, Amazon.com, Inc. or its affiliates