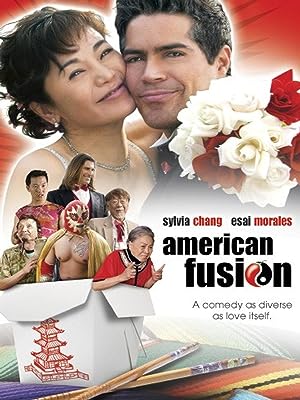 (25)
5.91 h 34 min2005PG-13
If you thought your family was nuts, wait until you meet this Chinese-American clan! Traditional Grandma tries to rule the roost, but her children and grandchildren have ideas of their own.

DLSFReviewed in the United States on October 21, 2008
4.0 out of 5 stars
Under-Rated Comedy that deserves to be seen.....
Verified purchase
Ok, the DVD hasn't been released yet. However, I have seen this film twice so I can provide a decent review of the film. I can revise at a later time about the DVD and any extras. Some minor spoilers about the film.

American Fusion is a Asian-American Independent comedy directed by first time director Frank Lin. The film debuted at the San Francisco Asian American Film Festival around 2005. It hit the theaters in 2007 and had an extended run in Los Angeles and Seattle. However, due to lack of marketing, the film fizzled in other markets.

The film centers around longtime HK actress Sylvia Chang. Chang portrays a middle-aged divorced woman who feels her life is over before she runs into a handsome doctor (Esai Morales). In between, there is some family hijinx and jokes galore. Some jokes are admittedly Chinese/Chinese-American-centric, and it may go over some people's heads.

I felt this film didn't get the exposure it deserved, but it gets a second life on DVD and hopefully, it will do well.

Martha MayReviewed in the United States on February 13, 2011
5.0 out of 5 stars
ANERICAN FUSION
Verified purchase
AMERICAN FUSION is the best romantic comedy I've ever seen. It's very well written and very well acted. The story is about what happens when two cultures collide and try to combine. Yvonne, (Sylvia Chang), a Chinese journalist, meets up with Jose (Esai Morales), a Mexican dentist. And the fun begins. Yvonne is frustrated by her mother, who traditionally tries to rule her children and grandchildren's lives. Jose, is a good son, but not controlled by his mother or the rest of his family. The cast chemistry, and the dialogue is great! The interaction between Yvonne, her siblings and their mother really makes for good satire. I found myself rooting for Yvonne and Jose just because of their daring to defy the stereotyping of Chinese and Mexican cultures, and choosing to follow their hearts, not ethnic traditions.
2 people found this helpful

joe customerReviewed in the United States on October 25, 2015
5.0 out of 5 stars
Simply delightful!
Verified purchase
I'm a fan of Esai Morales, but I've never heard of this movie. The entire cast is recognizable from other movies that they have starred in, and this movie is relatable no matter what language your family argues in. A movie to love.
2 people found this helpful

Nevada NodReviewed in the United States on January 17, 2012
5.0 out of 5 stars
Wonderful film
Verified purchase
I really enjoyed this film. Many years ago I was involved in an intercultural relationship. Unfortunately, mine did not have a happy ending, but I was very glad that Yvonne and Jose had theirs. "We are all Americans" is true, but often not truly understood. This film is a wonderful comedy, but there are some serious messages in it from which we can all learn.
2 people found this helpful

JackReviewed in the United States on March 28, 2016
5.0 out of 5 stars
Five Stars
Verified purchase
beautiful and mesmerizing comedy, great movie.
One person found this helpful

S.F. CityGirl (SFCG) aka DragongirlReviewed in the United States on September 21, 2012
5.0 out of 5 stars
ROMANTIC AND FUNNY
Verified purchase
Great light-hearted, funny, romantic... the message being that people are all the same no matter what ethnic or cultural background.
2 people found this helpful

EReviewed in the United States on April 29, 2015
5.0 out of 5 stars
Five Stars
Verified purchase
very entertaining and funny.
See all reviews
Back to top
Get to Know Us
Make Money with Us
Amazon Payment Products
Let Us Help You
EnglishChoose a language for shopping. United StatesChoose a country/region for shopping.
© 1996-2021, Amazon.com, Inc. or its affiliates