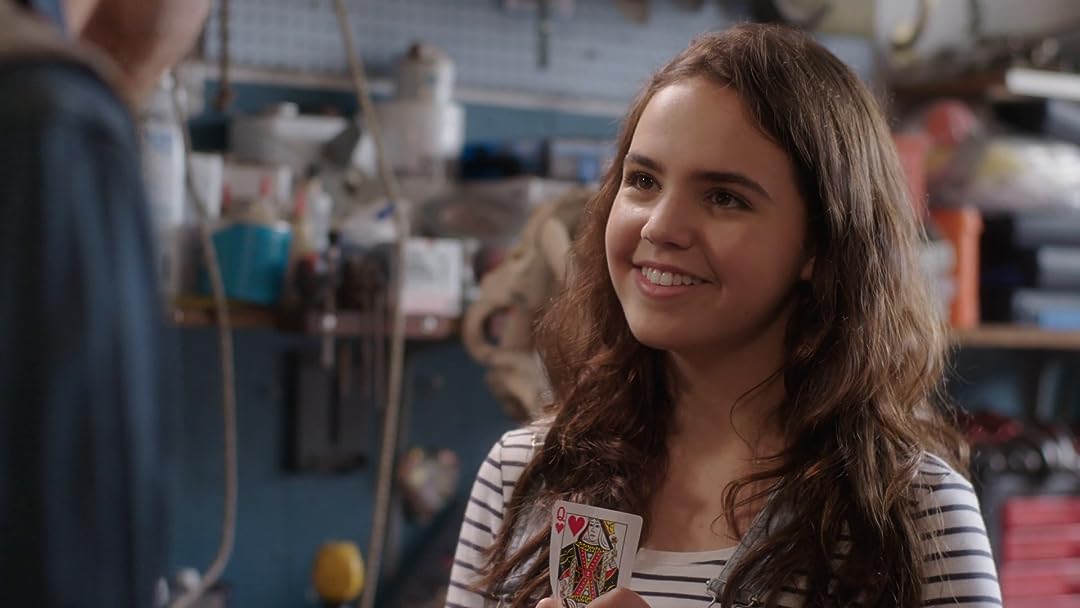 Annabelle Hooper and the Ghosts of Nantucket

(132)
5.51 h 31 min2016X-RayG
Annabelle Hooper is a young mystery writer in search of a story for her future best-selling novel. On a family vacation in Nantucket, she uncovers a 200 year-old mystery that provides Annabelle with the inspiration she's been seeking.

Rentals include 30 days to start watching this video and 7 days to finish once started.

Justin GausmanReviewed in the United States on March 20, 2017
4.0 out of 5 stars
It has no agenda except to entertain, and that's refreshing.
Verified purchase
What an interesting little film.

I found it while researching a variety of modern family adventure films. Seems like it's a genre that went underground around the millennium, limited only to made-for-TV films, but from time to time you can find one-off indies like this. Despite its flaws, it's sort of refreshing in that way. The acting and direction are serviceable and professional for its budget, and of course unconventional locations like Nantucket always help indie films stand out.

But where this movie sort of struggles is an awkward script with tone issues. It wants to be a spooky mystery with a twist, it wants to be a rollicking adventure in the vein of Goonies or Indiana Jones, and it wants to be a comedy. It sort of the delivers on the mystery level, and director Paul Serafini actually handles a couple tense paranormal moments well... but its low-budget paranormal special effects make the suspense elsewhere fizzle out. Serafini would have done well to remember the old cheap horror movie adage that the less you see, and the more that's suggested than shown, the better.

As far as adventure, it delivers more or less a much better result here, but it seemed like every time a clue was found, the investigation had to be arbitrarily halted. One scene in particular stood out - they find a hidden passageway in a house and then our heroine declares it's too late to keep searching, killing the momentum built up. This happened a couple times, and effectively ruined the pacing for a scene or two.

Lastly on the comedy element, the actors playing the antagonists are clearly having the most fun as they get to ham it up. So too are the psychics and local history buff/graveyard tour guide. But without a "straight man" to play off - Annabelle and her crew barely react to these bizarre people - the antics are not as effective as they could be. The main "gang" is relatively humorless throughout the whole movie - charming and likeable, but humorless - although a gag about a lock combination that made reference to a 90s TV show and an 80s song elicited a chuckle.

And overall the whole arch of Annabelle and her "friends" - whom she doesn't know at the start of the movie and suddenly completely trusts and relies on as if she's known them her whole life - feels if not rushed then at least tacked on as an afterthought. Mavrick Moreno's character is probably the most compelling (especially given his purpose in the story) yet given the least to do. The antagonists are barely defined and I struggled to figure out what their point was and why they were even there. (Spoilers: they're there at the behest of someone else, a "bigger baddie" who never shows up and is never credible as a threat. When Annabelle brings up their boss at the end it had made so little of an impact earlier in the story that I had forgotten and had to rewatch a section to make sure they did in fact set that up.)

But despite all these quibbles, I really quite liked it. Movies like this aren't made much anymore and they don't have to be great - they just have to entertain, and I was entertained, at least as a filmmaker studying it going "I see what they're doing here." Perhaps someone with more discerning taste would think it was bad, but it was too technically proficient and too charming to actually be bad.

There's a set up for a sequel. I don't know if this made enough money or has enough fans to justify a continued franchise but taken on its own, it's a solid family adventure film. It has no agenda except to entertain, and that's refreshing.

pcvonpIIIReviewed in the United States on September 15, 2021
5.0 out of 5 stars
A fun movie where kids have to figure things out.
Verified purchase
I love these kinds of movies. I like watching kids methodically working to find the answers to a puzzle. It is a fun and kinda crazy movie. I have watched it several times.
3 people found this helpful

ChrisSherrillReviewed in the United States on January 29, 2022
1.0 out of 5 stars
Dull, boring
Verified purchase
This felt like a made for TV after school movie. The production values were good but the story was predictable and formulaic. The acting was...acting - no zeal, no vigor, just smile and don't look at the camera. There are better ways to spend 90 minutes.

Peter J. WightmanReviewed in the United States on April 6, 2019
5.0 out of 5 stars
Great movie.
Verified purchase
This is a very entertaining, clean, family-friendly movie. Bailee Madison is very charming as Annabelle Hooper, the leading character in the movie.
2 people found this helpful

LizReviewed in the United States on March 9, 2021
5.0 out of 5 stars
Nice family movie
Verified purchase
My 9 yr old granddaughter likes this movie.

Retired Soldier/Sailor.Reviewed in the United States on May 14, 2018
5.0 out of 5 stars
Interesting. And it has likable GHOSTS!
Verified purchase
The star, Bailey, is also a producer.
I'd welcome a follow-up... which IS suggested in the closing credits.
2 people found this helpful
See all reviews
Back to top
Get to Know Us
Make Money with Us
Amazon Payment Products
Let Us Help You
EnglishChoose a language for shopping. United StatesChoose a country/region for shopping.
© 1996-2022, Amazon.com, Inc. or its affiliates