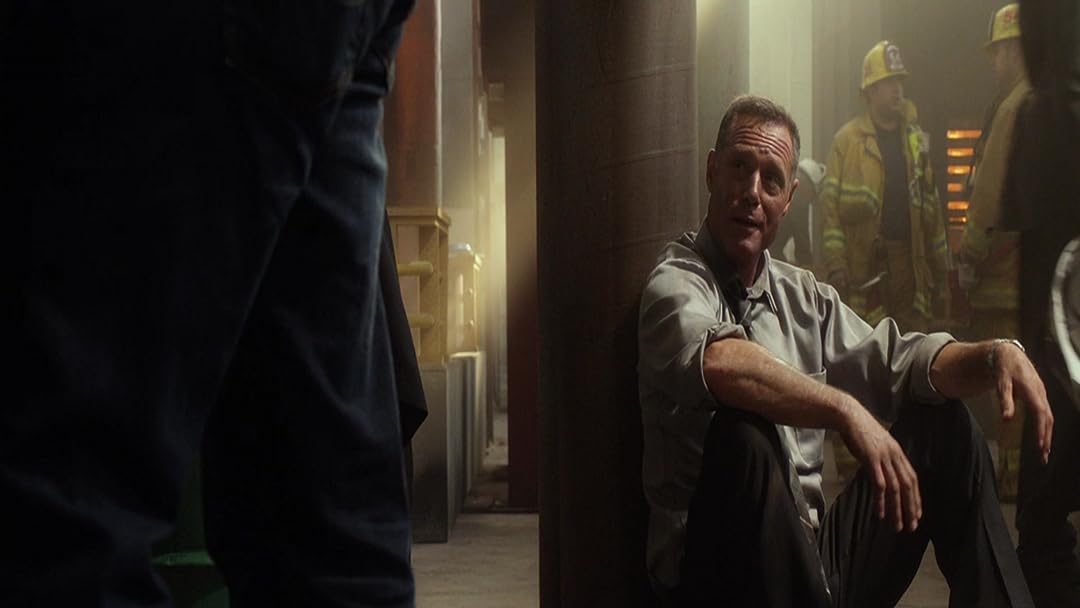 (2,149)
5.41 h 51 min2012X-RayPG-13
Railroad owner Dagny Taggart and steel mogul Hank Rearden search desperately for the inventor of a revolutionary motor as the U.S. government continues to spread its control over the national economy.

Amazon CustomerReviewed in the United States on November 28, 2018
1.0 out of 5 stars
Literally the worst.
Verified purchase
It's like this was written by a child that doesn't understand anything about storytelling, politics, economics, or anything else, but who's heard his parents ranting about the commies coming to take their guns.
67 people found this helpful

K. CuthbertsonReviewed in the United States on December 30, 2018
2.0 out of 5 stars
A serious disappointment after viewing Part I...
Verified purchase
I never read the book, but that doesn’t really affect this review. We watched Part I on a whim and got hooked. We immediately paid for and rented Part II (there had been no charge for Part I), and were dismayed to discover the ENTIRE cast had veen changed. Although mere months should have elapsed, the cast was noticeably older, and the chemistry between characters that made the first installment interesting was completely missing. The acting was subpar in most cases...felt stiff and forced in places. We plodded through this one (since we paid for it), but it was not enjoyable.
(For those who make it this far — Part III is another wholesale-change of cast...and while it is better than Part II, it still is not as good as Part I. It’s a shame.)
41 people found this helpful

Tom BardenwerperReviewed in the United States on December 26, 2018
1.0 out of 5 stars
Somewhat interesting story, terrible production, worse writting/screen play
Verified purchase
More like a bad network mini-series than a box office movie, it's no wonder this was a huge flop. The story is OK, not great, but an interesting premise. The production however, is terrible, made like a bad network mini-series, but worse if that's possible: each part of this three part "movie" has an entirely different cast for the same characters - even the actors didn't want to go back, with each cast getting progressively weaker. Much of the writing is terrible, and the music is straight from 80's television as are the production values - I can't believe this was ever in theaters as each part ends with a typical TV cliffhanger, not an ending. In the end, it dragged on-and-on and I could not wait for it to be over; which was as predictable as a calendar. It went from marginally OK, to really poor, to flat-out terrible. Save yourself, and for God's sake, don't waste your time (nearly six hours!) asking "who is John Galt" - nobody cares, not even the cast. I'd give it negative stars if I could. Total garbage. Considered yourself warned.
32 people found this helpful

William B.Reviewed in the United States on May 10, 2019
5.0 out of 5 stars
Great movie ... about freedom
Verified purchase
Great movie ... about freedom. If you are a liberal, leftist, socialist or communist you probably will hate this movie. It is about government getting out of control and trying to dictate to the people what the government thinks is good for them. It is about power, control, and ego - what the government is very good at. One reviewer said that it is dated. There is nothing dated about freedom. The founding fathers of the United States of America viewed government as a necessary evil. And rightly so. This movie presents a simple truth ... these government controlled systems never work. Look at Venezuela and Cuba for example.
30 people found this helpful

RobReviewed in the United States on November 22, 2018
5.0 out of 5 stars
Really Well Done
Verified purchase
Of course it's not as good as the book, what movie is? For the resources they had, they really went above and beyond. It's a shame it's not the same cast as part 1, but they did a really good job casting. Sadly the film lost money and it really deserved to make it's money back at least five fold. The music is great, well recorded, well composed. The production quality is top notch, and they only had $2 million or so to work with.
22 people found this helpful

Justin E. JoslinReviewed in the United States on August 17, 2019
5.0 out of 5 stars
Something Different!
Verified purchase
I love the trilogy. I had no idea that such a movie existed, or that such a book existed, off which the movie is based.
The movie starts off slow, and doesn’t have a ton of action. It’s the type of thing that either you get or you don’t get. The movies don’t seem very high budget at all, and the actors that play the main characters roles change in each movie, which is very annoying. But you just kind of go with it before long and they do a decent job.
I give all 3 movies 5 stars because of what they represent, which is the opposite of the Communism/Socialism which Hollywood has a history of representing. I believe this movies would be more “entertaining” with a higher budget, but who in Hollywood would put money into this production that goes counter to what they’re selling?
I now have plans to read the Atlas Shrugged book, by Ayn Rand. Think it’ll be much different from the movies? Don’t spoil it for me!

rocky49152Reviewed in the United States on August 4, 2017
4.0 out of 5 stars
Fans of Ayn Rand will enjoy it. Everyone else? meh...
Verified purchase
Well.... what can I say - it is what it is - a movie made by true believers on the cheap. It is not a great movie, but it's not a terrible one either. Samantha Mathis is hard to compare to Taylor Schilling in the first one, but she pulls off the job respectably. Some of the writing is a little overwrought and simplistic. Of course this is essentially a morality tale celebrating the greatness of economic libertarianism, which is in line with many of the ideals I hold, so I enjoyed it. However, I couldn't recommend it as a must see on it's own production merits. Unfortunately part III makes this one look like Citizen Kane by comparison, so it only goes downhill from here.
19 people found this helpful
See all reviews
Back to top
Get to Know Us
Make Money with Us
Amazon Payment Products
Let Us Help You
EnglishChoose a language for shopping. United StatesChoose a country/region for shopping.
© 1996-2021, Amazon.com, Inc. or its affiliates