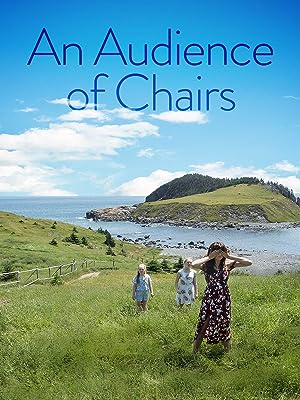 An Audience of Chairs

(3)
5.71 h 32 min201913+
A woman with bi-polar disorder risks everything for a second chance to be a mother again to the daughters she thought she'd lost forever.

B. WeinerReviewed in the United States on May 2, 2020
5.0 out of 5 stars
Moving depiction of mental illness
Verified purchase
This is a moving film depicting the pain of mental illness as a mother and as a daughter. The cinematography is beautiful, the acting is compelling, and the script is nuanced in all the right ways. I'm interested in reading the novel by the acclaimed author Joan Clark.

Emma ClarkReviewed in the United States on May 4, 2020
5.0 out of 5 stars
my grandmother's book
Verified purchase
An Audience of Chairs is a stunning movie. The acting was strong . The shots were incredible, and the costumes were beautiful. Fun fact: this movie is base on my grandmother’s book.
One person found this helpful

B&S About MoviesReviewed in the United States on November 14, 2019
2.0 out of 5 stars
Motherhood gets another chance
Based on the novel of the same name by Joan Clark, this movie tells the story of Maura Mackenzie has it all — beauty, talent and a career as a concert pianist. But with a husband who is never there and the demands of being a mother, all of the stress of life gets to her. Her husband takes their daughters and she has a full-on nervous breakdown on the eve of her American tour. Can she get her life together or is this it?

That said — I don’t often watch movies where women try to decide if they want to be a mother or allow the ghost of their own mother to talk them into drowning themselves before falling in love with a trucker in Newfoundland.


See all reviews
Back to top
Get to Know Us
Make Money with Us
Amazon Payment Products
Let Us Help You
EnglishChoose a language for shopping. United StatesChoose a country/region for shopping.
© 1996-2022, Amazon.com, Inc. or its affiliates