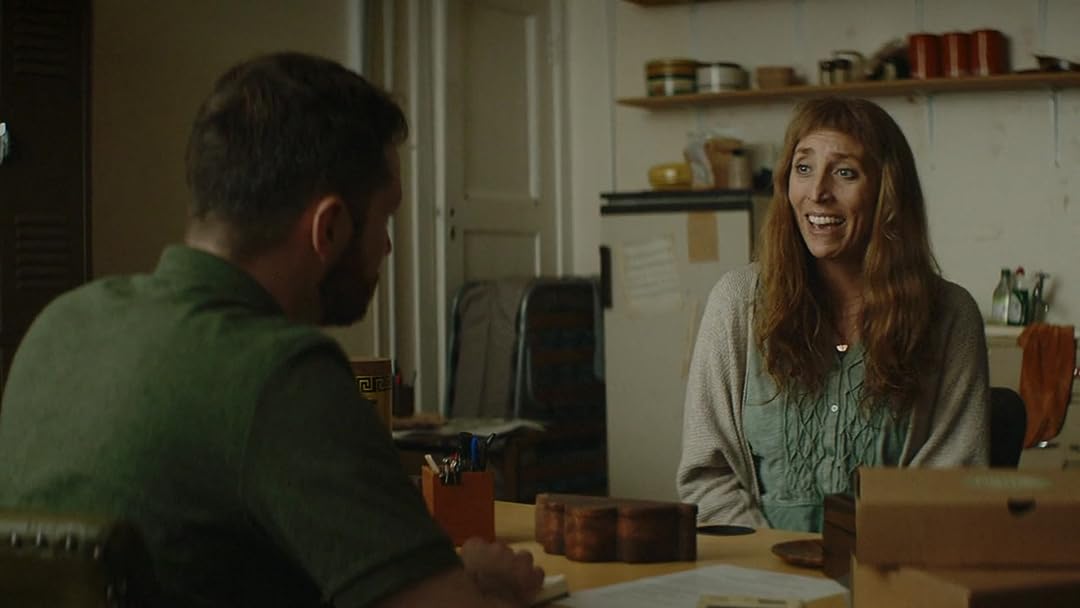 Watch with SHOWTIME
Start your subscription
Add to
Watchlist
By ordering or viewing, you agree to our Terms. Sold by Amazon.com Services LLC.
Write review

Jeff P.Reviewed in the United States on November 2, 2020
5.0 out of 5 stars
Hilarious yet poignant
Verified purchase
Love this show hopefully there is another season
2 people found this helpful

Paul AllaerReviewed in the United States on November 13, 2019
4.0 out of 5 stars
British take on readjusting to "normal life after 18 yrs. in prison
"Back to Life" (2019 release from the UK; 6 episodes of 30 min. each) brings the story of Miri, a woman in her late thirties who tries to adjust "back to life" after serving an 18 yr. prison term. As Episode 1 opens, we shift back and forth between a job interview Miri is doing (and trying to explain--or avoid to explain--the 18 year gap in her resume), and her release from prison, moving back home with her parents in the most awkward of ways (mom hurriedly takes away and hides the kitchen knives, etc.). At this point we are 10 min. into the first episode.

Couple of comments: this TV series is a labor of love from British actress Daisy Haggard (best known in the US for her role in several of the Harry Potter franchise of movies). Haggard created the series and of course stars as Mir. The premise of the series is a simple as can be: a woman tries to reintegrate into society after serving an 18 yr. prison term. It's in the execution of that premise that this series shines: things are far more awkward than we had imagined, even more so as this is set in a small coastal town (think: Bournemouth or Brighton) where everyone knows everyone. And then there is this: WHY did Miri serve such a long prison term? (That is eventually revealed in Episode 3.) Even though this is billed as a "comedy", there really aren't any "laugh out loud" moments. Instead it's a chuckle here and a chuckle there, as we feel empathy for Miri's difficulties on her road "back to life". Please note that "Back to Life" is a British series, and is correlating "Brit-heavy", which for some US viewers may be perplexing or even off-putting. I found it charming (but then again, I grew up in nearby Belgium).

"Back to Life" premiered in the UK this past Spring to critical acclaim, and this is now showing on Showtime (and available on VOD platforms). I have very much enjoyed this mini-series, including for all of its quirkiness and oddities. Haggard shines throughout, and gets great acting support. Here's hoping for a second season of this, as "Back to Life" is a WINNER.

*UPDATE 11/18/19* I've now seen all 6 episodes, and what a fantastic mini-series this turned out to be. Very British, for sure, but we Americans can relate to it as well. Kudos to Daisy Haggard!

sharonReviewed in the United States on June 28, 2020
5.0 out of 5 stars
THIS IS A MYSTERY ABOUT A TRAGEDY
Somewhere this was called a comedy, Wikipedia, I think. Nothing funny about this woman who killed someone when she was 18 or went to prison then. Has served her sentence, I guess, goes back to live with her parents when she gets out at age 36. People remember her crime and she and her elderly parents are being harassed with a box of feces mailed to their home, words painted on their garden fence in red paint and someone just threw a brick through a glass window at her on first day at a job. She was hit with the brick or glass and is bleeding profusely in ep2.
Nothing much makes sense because Miry, the X con, seems to be a nice person. Through each episode a little more of the mysteries unravel. Still a painful story and a painful pace to discover what happened and why, but we suffer along with Miry as she genuinely works to pick up her life in a small sea side village.
A story about hate and bad choices, injustice, a comatose legal system, misguided human behavior and the victims of it.
7 people found this helpful

Kindle CustomerReviewed in the United States on November 9, 2020
2.0 out of 5 stars
GOod idea for series, but got gross
I only watched a few episodes. Brilliant idea for a series, but it didn't deliver. Very unrealistic. Nobody serves 18 yrs and comes out that naive. The sex scenes were disgusting, killed my sex drive. Humor was juvenile. I stopped watching in the midst of an episode. Naughty ugly crude attempts at humor. Waste of time. Two stars for it being a great original idea.
4 people found this helpful

Emily DuboisReviewed in the United States on August 10, 2020
1.0 out of 5 stars
Yeek...Just...Yeek.
I usually love Daisy Haggard, but this is just unwatchable. It's no Fleabag, which it's clearly trying to copy, only the script is so poorly written and the jokes aren't funny and the fact that she's killed a friend and the show makes light of that at every turn is just in poor taste all around. There's gallows humor and then there's just tone-deaf buffoonery. This falls into the latter category. A total pass if I were you.
3 people found this helpful

danny gaddisReviewed in the United States on May 11, 2021
1.0 out of 5 stars
Definitely not a comedy.
Don't you just love a character that nothing...absolutely nothing goes right for? Have her commit suicide in the first episode and get it over with.
Then write a comedy like you were supposed to.
2 people found this helpful

adelvogelReviewed in the United States on November 14, 2019
5.0 out of 5 stars
Sweet and quirky human touch
Sweet and quirky; just like I like it. I love how this series has not only the struggling main character, but really all the characters are struggling in real human ways. There is no pretension. Without all the British silliness, it would have to be a very gritty and dark series to take on such subjects. Would people be able to deal with 18 years of a wrongful prison sentence in real life with such resilience and humor? I don't know, but it's kind of like the movie "LIfe is Beautiful" that dealt with such a horrific subject with such sweetness; it brings light and love into the dark corners (not that I am saying this series has the profundity of that movie, but does use a similar method of humor in darkness) I approve!

Mark W GeigerReviewed in the United States on April 29, 2021
2.0 out of 5 stars
Poorly written
Why did the press give this show such good reviews? I found it contrived, not touching as it seemed to be trying to be. And the humor wasn't funny.
2 people found this helpful
See all reviews
Back to top
Get to Know Us
Make Money with Us
Amazon Payment Products
Let Us Help You
EnglishChoose a language for shopping. United StatesChoose a country/region for shopping.
© 1996-2021, Amazon.com, Inc. or its affiliates