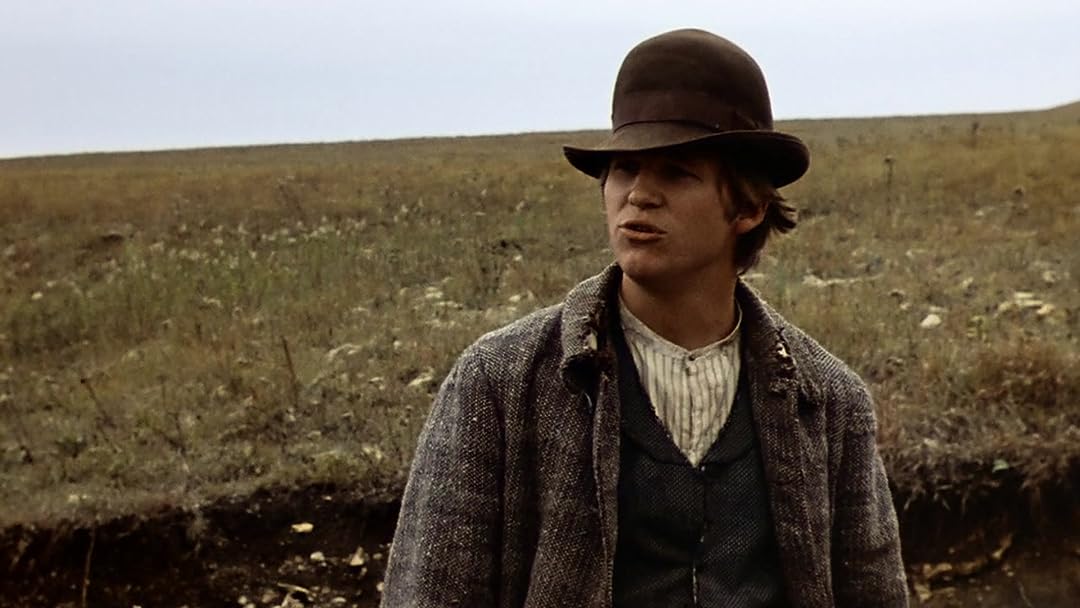 betterthanReviewed in the United States on January 22, 2021
5.0 out of 5 stars
Right tolerable oater, early Jeff Bridges in a western tale of whimsy
Verified purchase
You see, these boys, they don't know much about what what they up to, or even how to do it. But that Jake Remsey (Jeff Bridges) he has a curious way of saying what his plans are, messed up or not. Drew is more a straight arrow type but not so stiff he can't be bent. Together they get goin on a wandering trail out west but dont get further than a few miles out of town and into a hold up where they get held up. This inspires them to take to the hold up game themselves and it's funny how Jake gets Drew to go bad but still don't get much anything besides trouble.
The scenes and the sounds look like an old west you want to know about and you wont care it's nearly as old as the old west was when they made it. This one has sticking power and so take a ride with these boys, but be ready to get... because they don't right know what they will be doing next.
3 people found this helpful

WhimseyReviewed in the United States on December 27, 2017
5.0 out of 5 stars
It’s as good today as it was then
Verified purchase
Saw this movie decades ago and because I was always a big fan of Jeff Bridges, I never forgot about it. It’s as good today as it was then. Would be great if they could upgrade the quality of the film to high definition, but given the background, the grainy-ness kind of fits into the genre. Was surprised to learn that the other star in the film killed himself shortly after this movie came out (a few months or a few years?) because he was fantastic in this movie.

If you like Bridges, he’s at the top of his game here, and if you like old strange westerns with killing but little blood to look at, AND some great background music to put you in the right frame of mind for the times, then you’ll like this movie. One particular moment, a short scene where the youngest outlaw steals a pie, has stayed with me with a clarity so intense I can bring it to mind in great detail in a microsecond. It wills stay with you forever.

EddieNHKReviewed in the United States on January 25, 2021
4.0 out of 5 stars
I like it a lot
Verified purchase
One of the best films I've seen in a while. Good music, good photography, good acting, good story. It is not a film for children, and not really a feel-good movie. But the West in the 1860s was a rough place, and I think this does a good job of depicting some of that. No sugar-coating. Easy to watch, finished in one sitting... which is unusual for me. A pleasant evening was had.
One person found this helpful

Amazon CustomerReviewed in the United States on January 3, 2015
5.0 out of 5 stars
Classic Western Buff
Verified purchase
This was originally a rather difficult DVD to find until they recently re-printed them; I personally found this to be a very good and interesting movie. This not your typical western movie...takes place during the Civil War and focuses on a roguish group of runaways living by their wits and natural instincts. Jeff Bridges plays a young con man and Barry Brown plays the opposite in the group, whom evade the draft and head West. The movie tells of their adventures when they encounter a variety of varmints, tough situations and renegades...they eventually find themselves older and wiser because of the journey and have discovered friendship during the trip. Good movie...entertaining...probably didn't win any awards...but different and enjoyable if you like the interacting of different personalities that take place in a violent part of our history. I recommend this DVD; not one that you normally hear about; check it out!
9 people found this helpful

KGReviewed in the United States on January 24, 2012
5.0 out of 5 stars
Intelligent and impressive first feature by Robert Benton
Verified purchase
This first feature directed by Robert Benton sets the tone for all the good work he was to follow it with. While there’s little in common between this darkly funny western, and say ‘Kramer vs. Kramer’ on a story level, the underlying style and themes – a genuine appreciation of the complexity of human nature, a refusal to judge characters in simplistic terms, a sense of humor off-setting even heart rending situations, a subtle visual strength that never overwhelms the story, but always strengthens and feeds it – are all already in place.

Here he creates a western not quite like any other, as a rag-tag group of young boys, most on the run from conscription in the civil war (clearly a Vietnam-era reference) try to make it on their own as ‘outlaws’, or at least their romantic notion of such.

The main conflict is between Brian Brown’s straight arrow Christian boy, aping the ideals and notions taught him all his life, and the very young Jeff Bridges acting out his schoolboy idea of a tough guy. Along the way, as they encounter a series of real adults -- dangerous, hardened, seemingly with no ideals left at all -- both young men are slowly forced by circumstance to change their own self-image.

There are a few cheats here or there on a story level, and not every episode is as good as the next in this episodic tale, but this is a unique, creative and terrific use of the ‘old west’ to explore modern morality with wit, humanity and complexity.

Todd M.Reviewed in the United States on December 16, 2018
4.0 out of 5 stars
It was good and rather unique.
Verified purchase
That said… it was nowhere near the top 5 westerns ever made though it was one of the better ones. It was rather bleak, very credible and well acted so it stood the test of time very well. Once again, the ending was worth the wait. The title says it all and it’s about the company you keep and how it can influence your choices which makes for a good character study against the backdrop of a lot of browns.
3 people found this helpful

Robert CardellinoReviewed in the United States on December 7, 2017
5.0 out of 5 stars
LOVE THIS FILM
Verified purchase
LOVE THIS FILM!!!...can't believe i have never seen this before. Seems to me the Coen Brothers learned a tremendous amount from this Director.
Beautiful & simple tonal soundtrack,barren open endless american landscapes,innocent young characters twisted by absurd violence for what? For a little bit of money..don't yah know??...and of course the"Dude"as a genius in the rough( he's only 21 yrs old here and amazing!)..So Happy that Amazon has it on Prime.Thank You
2 people found this helpful

piano ladyReviewed in the United States on September 6, 2021
2.0 out of 5 stars
Animal cruelty
Verified purchase
No matter how good this film is otherwise, I find it revolting to use animals for entertainment, just to make it life like, as it was back then. It's not worth it. The film would have been better without this gratuitous violence against animals. Human arrogance will eventually be educated, but I cannot enjoy this film.
See all reviews
Back to top
Get to Know Us
Make Money with Us
Amazon Payment Products
Let Us Help You
EnglishChoose a language for shopping. United StatesChoose a country/region for shopping.
© 1996-2022, Amazon.com, Inc. or its affiliates