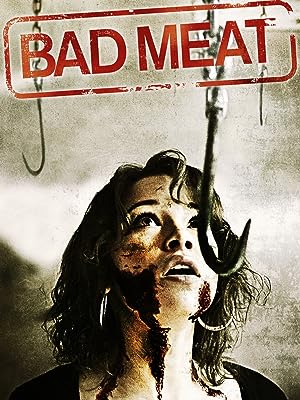 (36)
3.51 h 24 min201318+
Ordered to a delinquent camp by their exasperated parents, a group of wayward teens fall foul of a deadly virus that infects the guards and turns them into flesh-eating monsters! Gristle and gore are on the menu-as are the kids in this Brat Camp slaughterhouse massacre.

WicingasReviewed in the United States on January 24, 2021
2.0 out of 5 stars
Gross and incomplete.
Verified purchase
2 stars as the acting was good, otherwise, it is a flop. There was not really much in the way of horror here. They went for the gross factor rather than scary. Not my thing. Also not my thing: creepy, sanitized sex that is anything but sexy. One counselor jacks off her boyfriend in the hallway while another counselor watches. One counselor jacks off while watching the young ladies through a window. And so on. Throughout the movie, we have after-the-attack scenes of one of the victims in the hospital completely wrapped in bandages. Who is it? They build up to the counselors (and I use that term loosely) attacking the students and then it suddenly stops. There are four kids remaining and...nothing. We are in the hospital with the sole survivor. In a painfully drawn out scene, the survivor removes his/her bandages, helped by a man who thinks the survivor is his brother. We have the man now screaming and a very brief glimpse of the survivors face, which is unrecognizable. Who was the survivor? What happened to the other kids? Don't know...don't care. No chills, no thrills, no point. I don't know what the makers were thinking but story telling is not their strong suit.
One person found this helpful

SimlasaReviewed in the United States on June 11, 2020
2.0 out of 5 stars
I must have missed something...
Verified purchase
I'm not sure what the selling point of this movie is.
I mean, the concept isn't bad... the acting is decent.
But the writing is pretty lame and things just do not make sense when you reach the end.
I really doubt there is some 'deeper' meaning on this one. I really does seem like they ran out of time/budget and just shoveled what footage they had into the can.
I guess it's entertaining if you want to look at young girls in their underwear or watch people throw up. Other than that... no sale.

Russell SReviewed in the United States on August 1, 2017
2.0 out of 5 stars
Too many questions left unanswered.
Verified purchase
A group of wayward teens fall foul of a deadly virus that infects the guards at a camp for bad kids and turns them into flesh-eating monsters! Lots of gore and even more questions.....I did not see any resolution.....I did not see what happened to the youngsters, someone survived but who was it. WE only saw what happened to one of the kids and if you ask me he was the most valuable because he saved them and clued them in to what happened to the staff. BTW, we have Dave Franco in in but through most of the movie he is locked in a small outdoor cell. I recognized one of the girls but for the most part all unknowns. Not bad in the acting department but because there were tons of questions it only got 2 stars.
One person found this helpful

wadeReviewed in the United States on June 17, 2013
5.0 out of 5 stars
great film but plenty of questions
Verified purchase
Excellent film, fantastic acting, great cute sexy actresses, and great summer rehabilitation camp location. found this little gem to be very entertaining with plenty of twist and perverse storylines. It has alot of the ingredients of a horror/thriller film and is sure to please for the most jaded taste. Has some very cool gross scenes and some very perverse/weird twisted scenes, and off the wall, somewhat hilarious scenes too. A love making scene with the couple dressed in all black leather is sure to be remembered with over the top perversity. there were some continunity problems with one of the actresses... one minute she is running for her life... and the next minute she is gone... never was explained what happened to her. guys would love this film, but don't know if it would be well received by girls though. again a really bizarre perverse film!
3 people found this helpful

PeaBrain BubblybuttReviewed in the United States on September 24, 2017
3.0 out of 5 stars
Not a dinner and a movie kind of movie during dinner...
Verified purchase
Ewww, just....ewww. Unfortunately, something like this could really happen. It's realistic and beyond disgusting! Caution: do NOT eat or even snack before starting this flick. By the middle of it, you won't want to. By the end, becoming a vegetarian sounds lovely. One more thing: Ewww...
One person found this helpful

RoshneeReviewed in the United States on January 5, 2020
1.0 out of 5 stars
Too much blood
Verified purchase
Not a very good movie at all, I only watched because I love Dave Franco

Eric W. CrankReviewed in the United States on February 20, 2021
1.0 out of 5 stars
Watch Something Else
Verified purchase
This is absolutely one of the worst movies I’ve seen. Enough said !
See all reviews
Back to top
Get to Know Us
Make Money with Us
Amazon Payment Products
Let Us Help You
EnglishChoose a language for shopping. United StatesChoose a country/region for shopping.
© 1996-2021, Amazon.com, Inc. or its affiliates