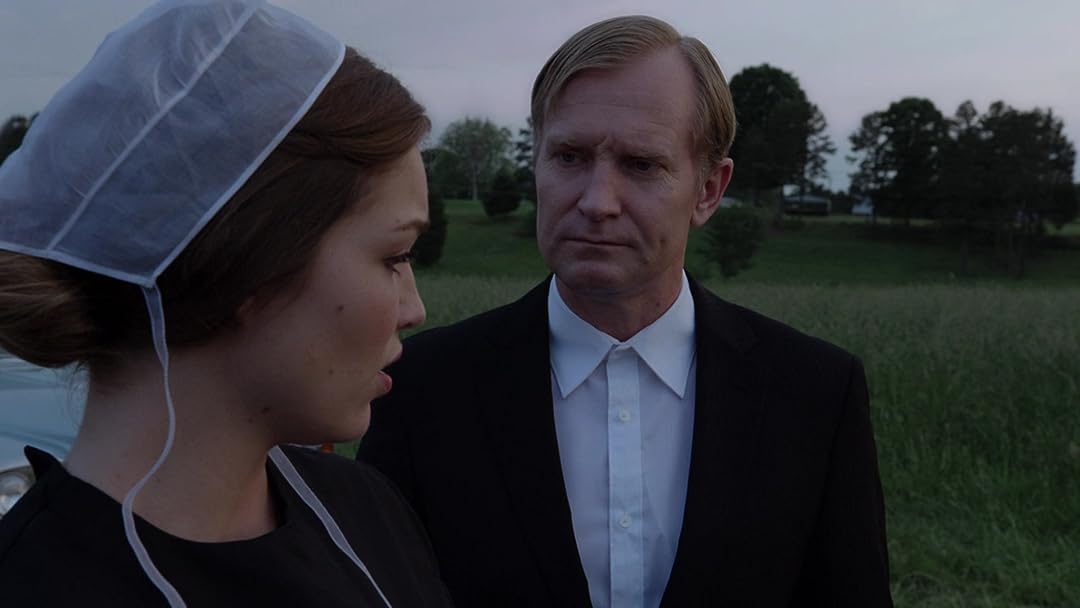 (2,681)
8.42014X-RayTV-MA
[HBO] Lucas Hood deals with the fallout from the bloody face-off against Rabbit and the arrival of an unwelcome visitor in Season 2.

Quigly E. DemosthenesReviewed in the United States on June 1, 2016
4.0 out of 5 stars
Preposterous Imposters
Verified purchase
Fun and interesting enough. Pretty enough people showing lotsa skin (and coupling)--with the usual bedpost or sightlines calculated to impose an unwanted discretion on the yet naughtier appetites they tease.
Bad people good enough to engage the audience. Good people bad enough... er, wait, No Good People.
Punches are thrown and punches and kicks and sharp blades are landed... time and again... things go boom on and around our phoenix-like heroes (or villains, as you see fit to ascribe) and yet, and yet, the next minute, the next day, the next week (much as with "Daredevil") the battered blood-besplattered (especially the gooder of the baddies) are rendered once again whole, resumed in fine and ache-less fettle behind the seemingly uncompromisable shield of protagonism... and a jolly time is had by all.

Paper or KindleReviewed in the United States on April 23, 2017
5.0 out of 5 stars
Building up inexorably to a satisfactory ending
Verified purchase
This is an astoundingly great follow-up to the ultra-violent season one. Sex scenes also abound, as everyone is sleeping with everyone else. There are so many characters, one might think it would be hard to follow just who is paired with whom and who is committing what crime, aided or opposed by whom, as loyalties and alliances fluctuate. There is incredible violence in every episode, and at some point, Lucas Hood starts wearing a bandage on his right wrist. He wears it right into season three, so he must have been badly injured in one of those fight scenes, no matter how carefully choreographed. Carrie's secret past - or some of it - has now been revealed, and her murderous Ukrainian father, a feared mob boss from NYC, is after her. Her daughter, Deva, now knows that Hood is her biological father, but she is following in both parents' footsteps by attempting to commit crimes. Proctor's niece, Rebecca, who was shunned by her Amish family and took shelter with him, is being initiated into his world of crime and taking to it with considerable enthusiasm. The new chief of the Kinaho tribe has to defend his reign against usurpers, while his sister makes no attempt to curb her murderous impulses. One of the best things about this series, which is crammed with subplots, is that time is managed to reveal the histories of characters and their interactions. I can't say that any are truly well-rounded - some, like Job, appear fully formed and never alter - but all are interesting. Even the most unlikeable have likeable moments, and even the most likeable can be repulsive. One thing to beware of: sooner or later, everyone dies. At the end of the day, no matter how much you've engaged with a character, that person will be gruesomely dead.
3 people found this helpful

AshtonReviewed in the United States on December 3, 2014
5.0 out of 5 stars
Glorious Gratuitous Fun with a Big Heart
Verified purchase
Banshee is my guilty pleasure. Yes, it's gratuitous and hyper violent and sexual. But underneath all that it has some of the best and most complex characters currently on TV period. Combined with a unique setting and storytelling that focuses on the overall story arc, this all comes together for a thrill of a ride. It might be the in your face, gritty action that keeps you on the edge of your seat--but its the nuanced and original storytelling that manages to make very real world emotional connections (despite the admittedly fantastical/not realistic at all backdrop) that actually keeps you coming back to the show.

I wasn't quite sure how they would top season one, but was pleasantly surprised at just how well season 2 flowed from season 1's storyline. The Rabbit plot line comes to a satisfying conclusion, and a whole new world of other drama is set into motion mainly dealing with the local Native tribe and Proctor (the unscrupulous ex-Amish mafia boss). Banshee also didn't fall into the trap that a lot of sequels have of trying to make everything bigger and louder. Instead, they keep the focus on the characters, and spend time fleshing out the interpersonal stories which makes you care that much more about the action/violence as you genuinely care about the people involved.

On a last note, Banshee could easily be criticized for objectifying women. You will see lots of boobs etc. However, unlike shows like GOT or Da Vinci's Demons, Banshee is pretty equal opportunity on that front which is actually sort of refreshing. Not to mention, Banshee has not one, but three main female characters who are ridiculously complex and bada** and who all get enough screentime to be far more than just a pretty face (which is a lot more than most more conventional TV shows have going for them in terms of representation). As a woman, I'm actually pretty thrilled with the Banshee ladies' stories which is incredibly rare for hardcore action shows or movies.

SharePoint GuruReviewed in the United States on June 6, 2016
5.0 out of 5 stars
Actors' Workshop
Verified purchase
Unfortunately to get acting this good, sometimes you have to suffer through some bad. I really have a had time watching the scenes which depict violent acts against defenseless women, but love the ones where the acting is so incredible, you wished they conducted workshops for other actors. Hoon Lee as Job, the drag queen, tech genius Ninja is at the top of his game. Raised Amish, Ulrich Thomsen as shunned Kai Proctor is pure evil. The strikingly beautiful Ivana Miličević, as Carrie Hopewell (Ana) is a pleasure to watch just sitting on the counter in her kitchen. She is so comfortable with her body. Thank goodness she chose to bypass the silicone craze. Frankie Faison as Sugar, the ex-con bar owner's smile is infectious. As soon as he opens his mouth to offer some words of wisdom you can't help be perk up an ear. Anthony Ruivivar, as Alex Longshadow is amazing as the good looking bad boy can you be any more intense Indian Chief. The list goes on and on.
3 people found this helpful

Scott H.Reviewed in the United States on November 12, 2015
4.0 out of 5 stars
A enjoyable ride and great characters
Verified purchase
I discovered this series by accident and have watched all the episodes of both season 1 and 2 on my Kindle while flying across country on business. I have to admit that I like to story line and the characters very much. It’s not a real deep story and there are plenty of action scenes to keep you engaged. Similar to the series (I also watched and recommend) Strike Back also from Cinemax the “one nude scene per episode” becomes just a little forced after awhile. So that aspect might make some folks uncomfortable, as it does me, when I know others are looking over my shoulder while sitting on a flight for 5 hours. All in all I have really enjoyed it and will look for w 3rd season. Warning; you have got to be comfortable fist fights and gunplay…
See all reviews
Back to top
Get to Know Us
Make Money with Us
Amazon Payment Products
Let Us Help You
EnglishChoose a language for shopping. United StatesChoose a country/region for shopping.
© 1996-2021, Amazon.com, Inc. or its affiliates