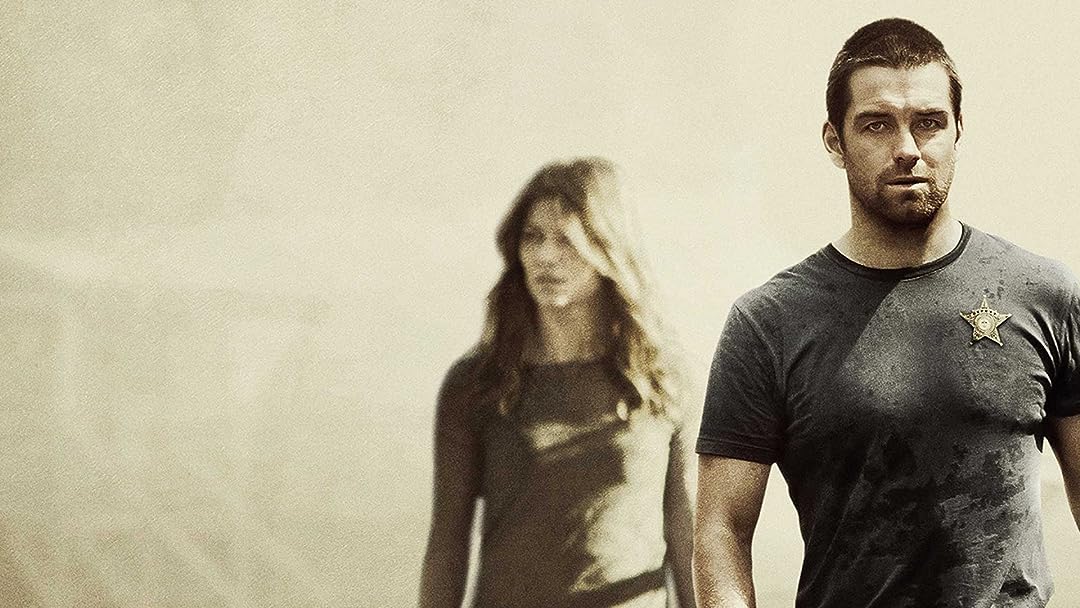 (1,174)
8.42015X-RayNR
[Cinemax] Lucas and Carrie face a threat from a Kinaho renegade while plotting a bold heist in Season 3 of the hit Cinemax action series.

Paper or KindleReviewed in the United States on April 23, 2017
4.0 out of 5 stars
Takes a while to regain the momentum
Verified purchase
After the season 2 finale, in which Rabbit, the Ukrainian mob boss, met his end in a manner satisfying to anyone who followed all twenty episodes of seasons 1 and 2, one would expect season 3 to be a trifle flat. It isn't, but it does take a few episodes to get back the pace. There's as much violence as ever, if not more, as the new nemesis is a gigantic muscleman named Chayton, who kills people with a chilling nonchalance. Other characters may kill in cold blood or hot rage, but Chayton is a pure sociopath who kills with complete indifference to his victims. He's the leader of a band of Kinaho whose purpose is supposedly to reclaim the rights of his people against the encroachments of whites, be they townsfolk, Amish farmers, or even other tribesmen who don't have what he considers to be sufficient purity of intent. Kai Proctor, local crime boss, is dealing with his own enemies, some of whom are business allies - or not. Rebecca, his niece, is getting in the way, and Burton, his henchman, is tamping down on growing anger. While all this is going on, Lucas Hood, the sheriff imposter with no notion of following the law, is imposing his will on the tiny police department and enduring a rocky relationship with his former love, Carrie, the mother of his troubled daughter, Deva. Carrie, now separated from her husband, is avoiding getting a divorce. Job, the brilliant computer hacker, is bitterly opposed to being trapped in the small town, but a major heist is in the works and his skills are needed. Sugar, the former boxer who owns a seedy bar off the railroad tracks and has been a sort of sidekick for both previous seasons, dispenses his nuggets of wisdom with shots of booze...people drink the latter and generally ignore the former. This season doesn't have the heart-racing brilliance of the first two seasons, but once it picks up speed you can't stop watching.
4 people found this helpful

David VallieresReviewed in the United States on July 31, 2016
5.0 out of 5 stars
Great action, great story, great charatcters, too much sex...
Verified purchase
Just a great, fast action, good story, good characters show... much better as it went along. Totally unbelievabl in parts but that's the fun of it. Would be better without the too often (full nudity) too many sex scenes but that's part of Cinemax's signature look I guess (see Strike Back). But everything else was really well done. [[ASIN:B00BWDFP5E Banshee: Season 1 (Cinemax)]]. It stinks [[ASIN:B00TEC7H9M Banshee: Season 3]] and Season 4 are not on Prime but they are totally worth it.

Besides the blatant nudity and sex scenes warning, you seriously have to be careful about how addicting this show is. I basiclaly didn't watch anything else in my free time except this show. Every other show seemed rather boring compared to this... even a few weeks later, after finishing the entire series, nothing else really comes close.

MovieskinnyReviewed in the United States on June 1, 2019
5.0 out of 5 stars
10 blam blams outta 10##########
Verified purchase
This is one of my fave TV shows. Stranger in town finds a new job? Action, sex, adult entertainment,
gun play, drama, and crime galore, all in a sleepy little Amish(?) town out in the country.
Something here for everyone, except maybe the kiddies in the house. It has the edge I like, which
means danger and action are around every street corner. There are some fights that will have you
wincing from their pain. You want the full gamut of adult TV, this fills the bill with a bang.

Mich RobinReviewed in the United States on June 28, 2016
5.0 out of 5 stars
Great Series!!
Verified purchase
I got hooked on this series a while ago. Now this definitely not a family show there is a lot of nudity, sex, and violence. Now me being 60 I'm beyond that teenage stage where more sex the better so I personally can get by without the sex but to each his own. I really like the characters and the action. All the characters are quirky and the shows takes the time ( if you keep up with the series) to let you get to know them and the action is just great ( if your into the hardcore action which gets a little bloody now and then). If your in your ManCave and your looking for something interesting to watch start with Season1 esp1 and get ready to enjoy a good show.
3 people found this helpful

Paul WeilReviewed in the United States on December 18, 2017
3.0 out of 5 stars
Jumping the shark
Verified purchase
While always on the edge of comic book-land, the first two seasons of Banshee were filled with an odd but solid mix of characters developing along steady and believable lines, producing a terrific mix of human drama and action. But Season 3 is turning Hood into a cross between indestructible cyborg and sensitive pussy and introducing too many exotic plot elements for its on good. Hope it recovers.
2 people found this helpful

DominickReviewed in the United States on July 24, 2016
4.0 out of 5 stars
A fitting and bloody ending to the series
Verified purchase
More blood and guts as the crew ends up getting out of sticky situations at the last moment. The increase in dream scenes was a bit confusing at times, and may possibly make more sense watching the series over again. The sex scenes were a bit contrived and annoying, and the fight scenes were quite a bit over the top. The direction and acting of the Burt and Job characters, and Hood's ability to evoke emotions in his facial expressions were especially appreciated. An entertaining series overall for fans of action and drama.
2 people found this helpful

Tom InglesbyReviewed in the United States on July 14, 2016
5.0 out of 5 stars
Better and getting better
Verified purchase
This was one of the truly rebel shows, one that didn't follow the script you'd expect. Over the four seasons, it provided an increasing level of violence and sex but when you least expected it, a philosophical event or two. It killed off regulars and brought them back (in flashbacks) so the characters were gone but the actors were still employed. The back story was developed more in season 2 but the present was explored more in season 3. Season 4? Style is the name of that game.
2 people found this helpful

David FiedlerReviewed in the United States on May 24, 2016
5.0 out of 5 stars
This is one of my favorite shows of all time
Verified purchase
This is one of my favorite shows of all time. It is "Breaking Bad" in reverse. The criminal becomes the moral compass. If you can not watch sex, drugs, rock n roll, and lots of necessary violence, then avoid this show. But, if you like great drama, sexual scenes, interesting plots/heists, corruption overturned, and a rural setting, then you will love this series. Enjoy!!!
4 people found this helpful
See all reviews
Back to top
Get to Know Us
Make Money with Us
Amazon Payment Products
Let Us Help You
EnglishChoose a language for shopping. United StatesChoose a country/region for shopping.
© 1996-2022, Amazon.com, Inc. or its affiliates