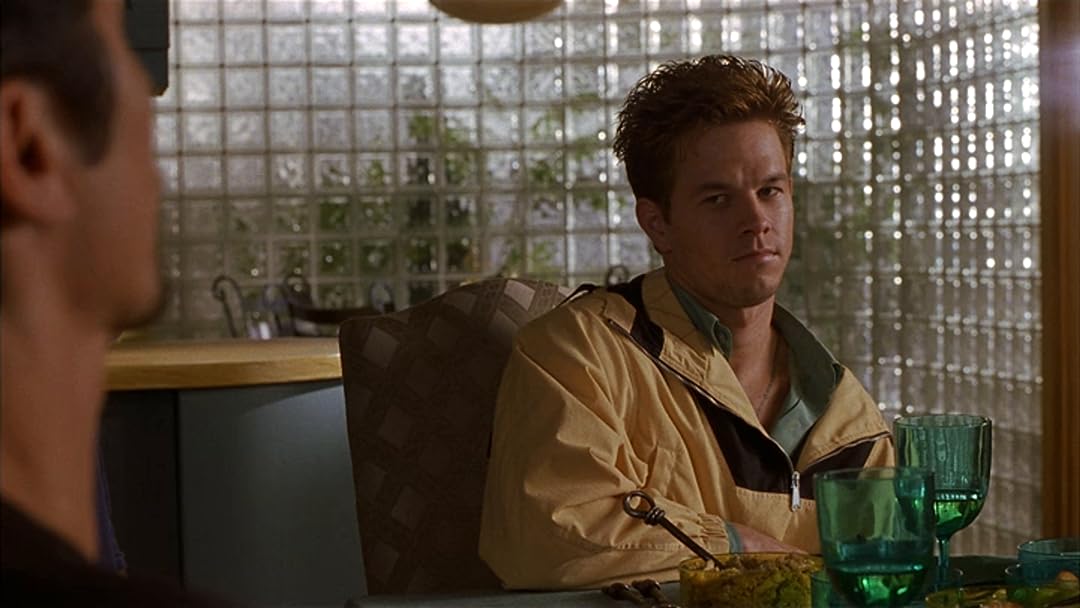 (759)
6.11 h 31 min1998X-RayR
A quartet of hit men are drawn into a moonlighting gig that turns sour when they kidnap an heiress with connections to the mob.

joel wingReviewed in the United States on November 11, 2020
4.0 out of 5 stars
Fun crime comedy featuring a group of inept crooks
Verified purchase
The Big Hit is a crime comedy featuring Mark Wahlberg as Melvin, Lou Diamond Phillips as Cisco, Bokeem Woodbine as Crunch, and Antonio Sabato Jr as Vince who are a bunch of inept crooks. The story focuses upon the trials and tribulations of Melvin. He’s got a fiancé named Pam (Christina Applegate), a girlfriend named Chantel (Lela Rochon) and ulcers because of the two of them. Melvin’s crew ends up kidnapping an heiress named Keiko (China Chow) which adds to his troubles. It's supposed to make fun of the crime drama genre.

The style of the movie is laid out in the opening as Melvin and company attempt to assassinate a gangster. Melvin does all the work, shooting his way through all the henchmen and when they’re all dead Cisco and Vince jump in, shoot some dead bodies, and congratulate themselves for a job well done. Later when they kidnap Keiko Cisco has her read a ransom note that’s full of spelling errors. Really Cisco is the base for almost all the comedy in the story. He's a completely ridiculous and exaggerated character but that's the point of the film, to make fun of the tough guy crime stories which are so common.

There’s also plenty of action and gun play and even some romance thrown in as well. Wahlberg does a good job as the hapless main character. Phillips almost steals the show when he shows up in a scene. It all makes for a very fun movie to watch.

Two-Line ReviewsReviewed in the United States on August 2, 2020
5.0 out of 5 stars
Time Machine
Verified purchase
So, this movie has the 90s written all over it, right down to the puffy clothing, neon colors, and burgeoning video rental stores. Also, it's one of the most quotable movies ever made, so there's that.
4 people found this helpful

TonyReviewed in the United States on June 10, 2020
5.0 out of 5 stars
Highly recommend
Verified purchase
This is a terrible yet highly enjoyable film. Have watched this movie 20+ times since high school.
6 people found this helpful

daneReviewed in the United States on November 22, 2020
2.0 out of 5 stars
Dopey and Tedious
Verified purchase
I dunno, we only made it about 20 minutes into this before turning it off. It was amusing to see the actors from some 20 years ago, but this movie just seemed like something to watch at the drive-in (there, that dated me) with a car-full of buds, buddies and beer. In this case, the movie may actually be pretty good - YMMV.

Arthur GardnerReviewed in the United States on January 12, 2007
5.0 out of 5 stars
The Big Hit a Big Laugh!
Verified purchase
I loved this movie the first time I watched it some years back and promised myself I'd see it again because apparently it was the LAST time I ever saw it on broadcast television, it was so long ago I can't even remember what channel broadcast it was; but I saw it and thought to myself "I love this movie." And always have up till the day I got it because now I can watch it over, and over, and over again and it still cracks me up everytime. With that aside and Mark Wahlberg being one of my most favorite male actors-- this movie was topnotch in the very element it was supposed to be, a hard-hitting action movie with some right down comedy. It's not a movie to be taken seriously, but not a movie to let you down either of its mockery-- top notch acting and reasons why Mark Wahlberg, as an action star actor can do comedy, unlike Densel Washington who's even asked Jay Leno on his show why he couldn't do comedy, the response was because Densel was just too serious to be taken lightly. Here though, whether this wasn't a role Mark fit ideally to some peeople's benefit of his other marks; I still think it was one hell of a role for him that he did EXTREMELY well as the soft-spoken hitmen who could do everything right but has the incredible turn of luck to always get the crap end of the stick at times.

Even my fiancee enjoyed it and she'd never seen the movie up till I showed her some days ago! Good quality movie worth its time and laughter appeal.

Amazon CustomerReviewed in the United States on January 8, 2022
1.0 out of 5 stars
Disc won't play in anything
Verified purchase
I can't get this disc to play in any dvd or bluRay player I have. It says it is region 1. On my PC I crashes the player app everytime I try to load it. At $8 it isn't worth my time to mess with it anymore

T. L. FentressReviewed in the United States on August 10, 2001
3.0 out of 5 stars
Strangely funny and exciting!
Verified purchase
I admit... the biggest reason I rented this movie was because of Mark Wahlberg is in it and I wanted to see him in a different kind of role. Well this is a 360 degree turn from "Planet of the Apes" for him. He is hit man and the cutest, sweetest, nicest hit man you would ever want to meet. He is so nice that he has an ulcer and justs wants "everyone to like him". The movie is rather silly but it is also entertainingly funny. It is wacky and the language is horrible, but, the action is very good and Wahlberg does some amazing moves during a hit and a car chase. I found myself laughing so hard becuase it was so stupid it was funny. Obviously, this movie is not meant to be taken seriously so don't see it expecting a serious movie or really a great one either. It is a comedy. You will either like it or hate it. Enjoy! Wahlberg is adorable in it as well as China Chow, the girl he has to kidnap.
5 people found this helpful

T.J.Reviewed in the United States on August 1, 2021
5.0 out of 5 stars
Good quality
Verified purchase
Came in perfect condition, good quality sound and video. However I would not recommend this movie because it was rather boring. Packaging, shipping, and handling were with care.
See all reviews
Back to top
Get to Know Us
Make Money with Us
Amazon Payment Products
Let Us Help You
EnglishChoose a language for shopping. United StatesChoose a country/region for shopping.
© 1996-2022, Amazon.com, Inc. or its affiliates