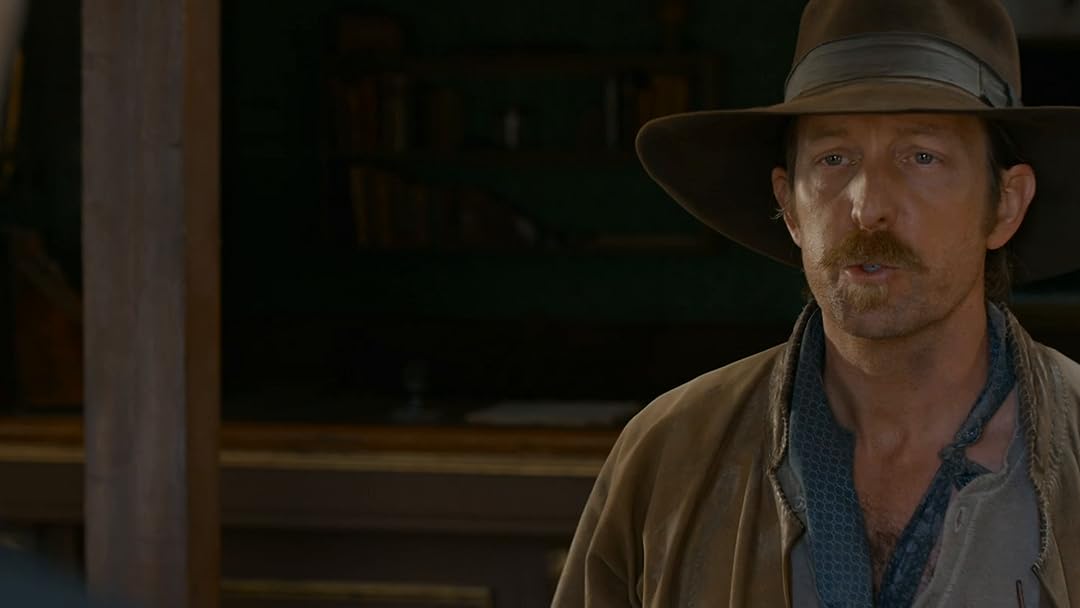 (295)
5.32 h 6 min2019R
A tenderfoot from Philadelphia, two misfit gamblers on the run, and a deadly preacher have a date with destiny in a boom town gone bust called Big Kill.

HoppyRooReviewed in the United States on October 9, 2021
3.0 out of 5 stars
Simple 3 Stars
Verified purchase
I don't understand the 1 nor the 5 star reviews on this... So, I'm going to try to give an honest review... Start with the basics...

Camera work - was fine ( certainly not great, but good enough )
Audio - Again, fine... They could have development more atmosphere with a better soundtrack, but whatever...
SFX - Nothing to write home about... some typical blood splatter from getting shot and whatnot...
Plot - This was done in 2019... There are about 1000 westerns that predate this and have quasi-similar story lines... and this one doesn't deviate...

The movie was suspenseful and entertaining enough for me to absolutely watch the whole thing...

I actually liked that one of the lead characters was an accountant from Philly... he really did add a bit of comedy / lightheartedness to it...

I review a LOT of movies, so feel free to check them out by clicking on my name... My ranking style:

RobertReviewed in the United States on August 8, 2021
1.0 out of 5 stars
Amazon needs to add a negative star option...
Verified purchase
Did this win a Razzie? I love Westerns but this is a total train wreck- not the good kind, but rather the kind where you have to look away. The acting is among the worst I've ever seen- where did these actors study? The Little Rascals School of Acting? Can someone check that for me? Thanks. The story is incoherent, the lighting and even the make-up is bad. How did this get any 5 star ratings? Amazon needs to add a negative star option...
2 people found this helpful

andyReviewed in the United States on October 13, 2021
2.0 out of 5 stars
This movie had such potential...
Verified purchase
This movie had such good potential. Location, props, setting, good cinematography, even some charismatic actors. It sadly though lacked a decent script. Some westerns shine due to great acting. Some Spaghetti westerns even though filmed in foreign lands turn out great. This movie is too cheesy, and tries to be funny at times, serious at others, and has a weak plot. Some where in the mix, the movie is not as epic as "the good, the bad, and the ugly". It lacks the forceful impact of "3:10 to Yuma", or "High Noon". It's not as funny as "Blazing Saddles", and, it lacks the talents of seasoned actors like those of "Once upon a time in the west".

AJHReviewed in the United States on May 21, 2019
4.0 out of 5 stars
Worth a look
Verified purchase
This in one sense is a classic western of redemption and also of the underdogs pitted against the odds to survive. However if the story is familiar the way it is told is not, with quirky characters and an interesting mixture of humour and violence. Much better than the usual of its genre and an enjoyable watch.
4 people found this helpful

happy camperReviewed in the United States on August 9, 2020
4.0 out of 5 stars
What the hell was that ?
Verified purchase
Grade B Buddy story in the old west of two losers and a tin horn accountant from Philadelphia When they arrive in Big Kill the anticipated Boomtown it is not, mostly whores and isolated cowboys .Violence abounds aplenty including a gun toting killer preacher .All 3 find a love interest and when it comes time to leave town their reluctance to leave their women gets them into a killer gunfight .Weird and unpredictable the town looks brand new and the stagecoach painted freshly. One bad sex scene, so no kids please. Overall a treat to watch. HEY BARTENDER. WHISKEY and a poke please !!!

Marcia BradyReviewed in the United States on November 21, 2021
5.0 out of 5 stars
Old School Style
Verified purchase
I gave this Five Stars for a few reasons combined.
1. A very good & successful attempt to capture the essence of the Classic Western from the early Black & White days to John Wayne and Clint Eastwood; done at a pace that keeps things going.
2. The Soundtrack, especially the end reminiscent of Ennio Morricone .
3. Very good cinematography & editing.
4. Filmed in the USA in the beautiful Land of Enchantment, the State of New Mexico.

Kindle CustomerReviewed in the United States on September 20, 2021
5.0 out of 5 stars
A genuine cowboy movie!
Verified purchase
I grew up watching westerns, and still love the genre. Over the last few decades, true western movies have become a thing of the past. This one is the real thing. Beautiful scenery, drama, humor, good guys, bad guys (and bad women!) and a love story that wins the day in the end. Lots of fighting and gunplay. This is a good one!
See all reviews
Back to top
Get to Know Us
Make Money with Us
Amazon Payment Products
Let Us Help You
EnglishChoose a language for shopping. United StatesChoose a country/region for shopping.
© 1996-2022, Amazon.com, Inc. or its affiliates