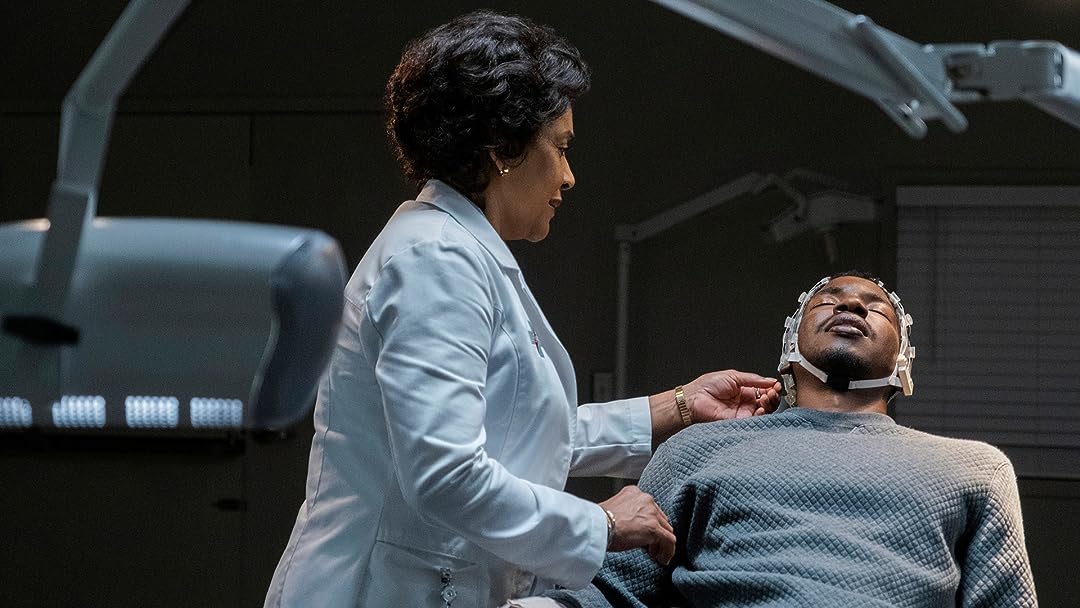 (2,064)
6.21 h 40 min2020X-RayHDRUHD16+
After losing his wife and his memory in a car accident, a single father undergoes an experimental treatment that causes him to question who he really is.

camara nicholesReviewed in the United States on October 6, 2020
5.0 out of 5 stars
A NOT-TO-MISS INDEPENDENT GEM!!!
Verified purchase
THIS-IS A FULL-STAR MENTAL/PROFOUND MASTERPIECE, TRULY ONE OF A KIND THAT YOU WILL NOT FORGET AFTER WATCHING, HOPE THIS GETS THE ATTENTION IT DESERVES RARE/GENUINE PERFORMANCES...
126 people found this helpful

Dawn M CollinsReviewed in the United States on October 7, 2020
5.0 out of 5 stars
Original take on personality - 5 stars
Verified purchase
First of all, the child actor playing Ava ran away with the props in this terrific, touching movie. She is an AMAZING actor. Second, don't be fooled - it isn't like "Get Out" except in the most general way. The movie explores what is consciousness, and finally, what makes a person? Probably the plot will seem very twisty, but there are plenty of clues on what's coming. I did have a "WTF?" moment which was a lot of fun. Overall, the movie has some sad moments, but it's extremely well acted and well scripted. I don't understand why this is not a five star right across.
115 people found this helpful

Consumer 108Reviewed in the United States on October 6, 2020
3.0 out of 5 stars
Pretty good movie, but needed more story time.
Verified purchase
It was a movie with great promise, great cast and good acting, esp the girl who plays the daughter. However, I just think there wasn't enough time to develop the characters fully, the story needed more time. I think they were trying to do too much at once and just needed more time or better editing? Some of the relationships deserved more time, this could have been a mini-series and it would have been great I think. Still worth watching. Somewhat predictable unfortunately but still decent watch. I give it a B.
65 people found this helpful

Amazon CustomerReviewed in the United States on October 7, 2020
5.0 out of 5 stars
Great thriller
Verified purchase
I was tuned in. It kept my attention, well acted and enough twists and story to keep it interesting. After an accident that has killed his wife and left him with memory loss, Nolan goes to a doctor to be part of an experimental process to help restore his memories. But not all is what it seems, and I will leave it at that. Glad I watched the movie. It's hard to find good movies nowadays.
61 people found this helpful

Kim WhittemoreReviewed in the United States on October 9, 2020
2.0 out of 5 stars
You don't get a second bite of the apple...
Verified purchase
...because, "Get Out", a fascinating film worthy of several viewings, has already been done -- and done well. I dunno, maybe this film could be entitled, "Son of Get Out" or "Get Out Returns", but like most sequels, it would still fall flat. Listen, you can't help but make comparisons between the two films.

Okay, I'm not a kid basher, but two days after viewing this movie, one thing still stands out in my mind. The overly coached child actress -- cute as a button -- came off as a non-stop scene stealer vying for an Oscar nod. Precocious is one thing, but never taking your tiny foot off of the accelerator pedal is another. With a recently deceased mother and a brain damaged, unemployed father, this child's life has been completely wrecked, yet she showed little, if any, evidence of traumatic fallout. In fact, as the character was written and portrayed, "Ava", an eight year old, has the wisdom and self-discipline of a 40 year old. She didn't need either parent because she could have raised herself while maintaining an 850 credit score. This type of heavy handed scripting mixed with overdone child acting works in 30 second commercials, but in a feature length film it's distracting and frankly, annoying.

Okay, the film...I wanted to love it. I always gravitate toward Blumhouse releases, but this is a case of, "you can't win 'em all". I'm okay with a little bit of "you've got to be kidding", because sometimes, with just the right amount of it, you end up with "Get Out". This film is no "Get Out". It features the protagonist -- a man who was involved in a serious car accident that claimed his wife and left him brain dead. Through some undisclosed miracle of medicine, he woke up with his autonomic nervous system completely intact. The only lasting issue is amnesia --- he has total memory loss. That's the premise. Eventually, he returns home and is retrained via little post-it notes left all over the house (written by guess who), but nothing is coming naturally to him, and he's displayed violent tendencies that were never a part of his pre-accident life. Once we're satisfied that this man is truly impaired and kinda/sorta failing as a parent, we are introduced to a potential cure, rendered via hypnosis. Now, we all know that there is no hypnotic state that presents as a movie within a movie, but it worked in "Get Out". The writers of "Black Box" took a chance that we'd go for it a second time, even mimicking the black room that alarmed patients inhabit when they're fully hypnotized (hence the title, "Black Box"). Secondly, the characters were nowhere near as interesting as those in "Get Out". These characters are hardly sympathetic (when they should be), and they lack any depth at all.

I can't overlook the absolutely ridiculous, completely sci-fi features the film's writers ascribed to state-of-the-art medical treatment. Come on...we're in a normal hospital, with normal doctors, normal ICUs, normal beeps and monitors, surrounded by a hospital parking lot filled with normal SUVs, and we're supposed to believe that Star Trek's Sickbay is open for business just down the hall? How is it that the entire world doesn't know about the ground breaking results being realized via research conducted with a dental chair, ophthalmology equipment, a EEG cap, and a room sized computer run by a lap top? The doctor routinely parades brain dead patients on stage at her lectures, yet the videos proving that she can harness memories from the lost seem to be relegated to playing in her waiting room. And why didn't the protagonist's doctors give the ground breaking approach more validity then, "Yeah, sure, give it a try. It couldn't hurt"? The ultimate decision to see this doctor was made out of frustration -- a last ditch effort, if you will. Sure, it was nice to see the ever lovely and dignified Phylicia Rashad, in a white lab coat, but I wish they had given her something to do besides play a 21st century version of Dr. Frankenstein.

Don't doze off or you'll wake up entirely confused -- convinced you've missed something really important. You did. It's confusing parsing through this guy, that guy, and the other guy -- especially when one of them is alive (technically speaking), the other guy is practicing conventional medicine, and the other guy is...well, that's the twist.

Nope...didn't feel this one, at all. Wish I could have given it four or five stars, but not even close.

TaniaReviewed in the United States on October 6, 2020
5.0 out of 5 stars
Good movie
Verified purchase
At first I thought the doctor was hiding some information from him, which I was wrong lol so the plot twist for me is what did it. I think it could have gave us a little bit more but that's no reason to give it less than five stars. It keeps you in and that is what I like about movies. If I cant seem to pay attention to a movies then its a no for me but this one kept my attention. Overall, good movie, not great but good nonetheless.
44 people found this helpful

joshua greeneReviewed in the United States on October 6, 2020
4.0 out of 5 stars
it's a great story
Verified purchase
Though it could have been executed a little better. It made me think and it had me guessing and feeling emotions. those are elements of a great story. it's a must watch.
43 people found this helpful

Amazon CustomerReviewed in the United States on October 6, 2020
5.0 out of 5 stars
Great Movie!
Verified purchase
I definitely enjoyed this movie. Great acting and plot. It really makes you think about the future and the advancements of technology. I also like the play on words - Black boxes store memory and events... and there you go... the black box for our consciousness.
41 people found this helpful
See all reviews
Back to top
Get to Know Us
Make Money with Us
Amazon Payment Products
Let Us Help You
EnglishChoose a language for shopping. United StatesChoose a country/region for shopping.
© 1996-2022, Amazon.com, Inc. or its affiliates