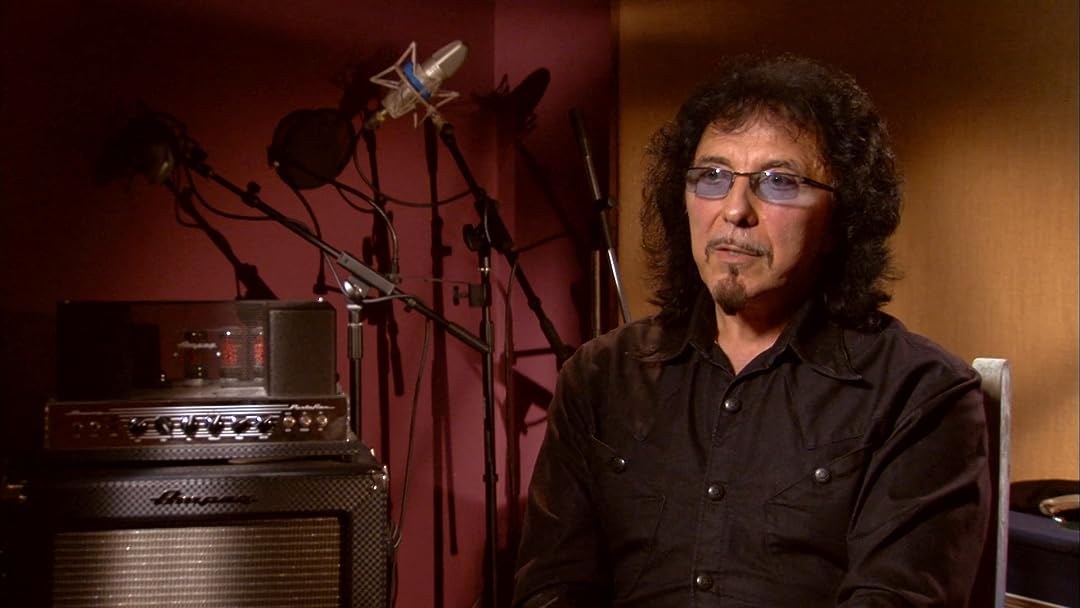 (148)
55min201016+
The multi-platinum selling Paranoid is arguably Black Sabbath's finest album, not to mention one of the most seminal Heavy Metal albums of all time. This programme tells the story behind the writing, recording and success of this remarkable and groundbreaking Heavy Metal album.

TBReviewed in the United States on May 31, 2020
5.0 out of 5 stars
Really enjoyed this
Verified purchase
I discovered Sabbath's first album in the misc. bin at Tower records in 1970. Nobody had heard of them yet. But that album spoke to me like nothing before. This is a documentary interviewing them individually and demonstrating how skilled they are at playing their instruments. If you want to see them playing entire songs as a band then there are plenty of videos of that on the internet. I just loved this documentary about my favorite heavy metal band.
2 people found this helpful

Scott E. BrowningReviewed in the United States on December 30, 2012
5.0 out of 5 stars
A Definitive Portrait of a Timeless Heavy Metal Album
Verified purchase
Black Sabbath, like all other bands of their genre were not well received by critics when they first emerged. One sociologist in this film said that critics during the late 1960's and early 1970's wanted musical artists who gave them hope. Obviously, Black Sabbath was not one of those bands. On their album, "Paranoid", they basically talk about certain problems through their songs, and leaves you, the listener, to draw your own conclusions. For example, 'War Pigs' as almost all of us know, discusses the effects of war on different countries. "Electric Funeral" talks about the dangers of nuclear weapons. "Hands of Doom" explains in detail, how individual soldiers have been affected by war as well as drug abuse. "Fairies Wear Boots" tells about a gang of skinheads physically and mentally abusing the band members as well as other hippies. "Iron Man" according to the band members is a science fiction tale of a man who time travels into the future and then trvels back to the present to discuss futuristic disasters which are likely to take place if we humans are not careful enough. Finally, there's "Paranoid", which talks about an individual experiencing mental problems, such as paranoia, schizophrenia, and depression.

These songs as well as others are discussed thoroughly in this outstanding documentary. We hear the band members: Tony Iommi, Terence "Geezer" Butler, Bill Ward, and John Michael "Ozzy" Osbourne as well as engineer Tom Allom, talk about how they play their instuments for each specific song as well as how they mix each of them in the control room. You also hear commentaries from artists like Henry Rollins, who discusses songs like "Paranoid" and "Iron Man" (in which he talks about ascending and descending bridges in the middle of it.) He as well as Ozzy Osbourne discusse the importance of a good and strong rhythem section is essential for a groudbreaking rock 'n' roll band; in this case, it's the drum playing of Bill Ward and the bass playing of Terence Butler.

You hear about when the band first formed, they were a band called "Earth", and how they eventually named themselves "Black Sabbath" after investigating with aspects of the occult, not because they became devil worshippers. The band members discuss how their environment in their hometown, Birmingham, England, which was for the most part a slum) helped them develop their distinguished sound. They also talk about they took a trip to "The Star Club" in Hamburg, Germany, which previously, many famous groups and musicicans performed there such as "The Beatles", "Chuck Berry", "Jerry Lee Lewis", and "Ray Charles". However, when Black Sabbath performed there, only three people were in the audience. Then when they released their self-titled debut album, "Black Sabbath", more people started to take notice, even though as stated before, the critics were not satisfied with it. Then, when they release "Paranoid", they gain a bigger following and eventually take a tour in the United States. As we all see, this album sells well in both England and in America and establishes "Black Sabbath" as a landmark band.

You hear interviews from a sociologist, journalists, and critics as to how the album "Paranoid" as well as the band itself changed the heavy metal genre forever as well as pave the way for many future bands to come.

Finally, there's the bonus footage, where you hear about subjects like who the bands influences were, their first tour in the United States, how Tony Iommi developed cutting-edge guitar riffs in spite of getting two of his right-hand fingertips cut of by a machine in an accident at an industry, Bill Ward's phenomenal drum playing and more of his influences, and extended takes on some of the songs.

"Classic Albums" as we all know picks out certain albums in the rock 'n' roll genre who they feel have stood the test of time. "Paranoid" is absolutely one of them. The songs mentioned above still make sense in terms of discussing the dark side of reality. Ironically, these subjects can be turned into entertainment with the tool of music.

GuyReviewed in the United States on December 8, 2021
5.0 out of 5 stars
I am Black Sabbath fan
Verified purchase
My dad had an eclectic taste in music and starting about the time I was 7 - and proved I wouldn't scratch his records - I got to listen to what I wanted. In 1972, at the age of 9, I heard The album Black Sabbath for the first time. It and Paranoid both called to be and still do today. I grew up with metal and, in my opinion, Sabbath are the godfathers.

This was an awesome documentary. I always new that Ozzy just basically sang whatever came to mind initially and it was awesome hearing some of it.

dave not in dallasReviewed in the United States on May 26, 2020
5.0 out of 5 stars
Classic Albums: Sabbath Paranoid
Verified purchase
This is my favorite 'Classic Album' yet. I always thought Ozzie wrote the lyrics. I was wrong. These people are good. thats my story and Im stickin to it cause I got no reason to lie, yeah.
One person found this helpful

Robert SchaefferReviewed in the United States on July 25, 2010
5.0 out of 5 stars
Black Sabbath (paranoid) classic albums on dvd
Verified purchase
When I first saw this I knew I had to have it, so I went on Amazon, but lets get to the DVD, Black Sabbath paranoid is a classic dont believe me look it up in the dictionary it will tell you that and more Black Sabbath are the fore-fathers of Heavy Metal,this dvd is for everyone,all fan's rejoice this is a must have! it's chaulk full of Iommi's riff's, Geezer's bass and lyrics, and Bill wards thunderous drumming, and last but not least the Ozz man Ozzy Osbourne's vocal delivery and his own lyrics, there's so much detail about how this album was made recorded and how or why they did this or that all by the band themselves ,What more do you want? in a stellar dvd with Black Sabbath no less, now do the right thing and go out and get it, on Amazon people!

Mike FerdynReviewed in the United States on February 2, 2013
5.0 out of 5 stars
great music by a great band
Verified purchase
pretty cool listening to Tony, Geezer, Bill and Ozzy talk about writing their songs and what was going on with them at the time. this album was recorded the same way other touring bands did. write and learn the songs then go into the studio and record them. not run up huge recording studio fees writing the songs while sitting on their ass or sleeping at the paino while the meters running. Sabbath is the real deal. NO OTHER BAND WILL CHANGE THE SOUND OR ROCK LIKE BLACK SABBATH DID. just can't be done

CQ DXReviewed in the United States on December 20, 2014
5.0 out of 5 stars
A 'must own' for fans of Black Sabbath or metal in general!
Verified purchase
This DVD is a 'must own' for any fan of the timeless, mega influential Black Sabbath. The DVD delves into how this seminal hard rock band, who many claim ARE the 'grandfathers of metal', conceived of and recorded the historic 'Paranoid' album. There is excellent archived footage, band interviews, and demonstrations of the multi-tracked recordings themselves. Don't miss this one!

James H.Reviewed in the United States on September 19, 2010
5.0 out of 5 stars
Great for Sabbath Fans
Verified purchase
If you like metal, then you love Tony Iommi who is clearly one of the most influential guitarists of all time. This DVD shows Tony just sitting in the studio solo with his guitar playing those fantastic riffs and solos and how he came up with the idea of them. Of course, the DVD also features the other great members of this band as well and I especially liked listening to Geezer play his bass riffs. All these guys are truly great musicians and their influence on all the metal bands to follow is evident. You will watch this DVD many times and never get sick of it. There were no negatives for me.
See all reviews
Back to top
Get to Know Us
Make Money with Us
Amazon Payment Products
Let Us Help You
EnglishChoose a language for shopping. United StatesChoose a country/region for shopping.
© 1996-2022, Amazon.com, Inc. or its affiliates