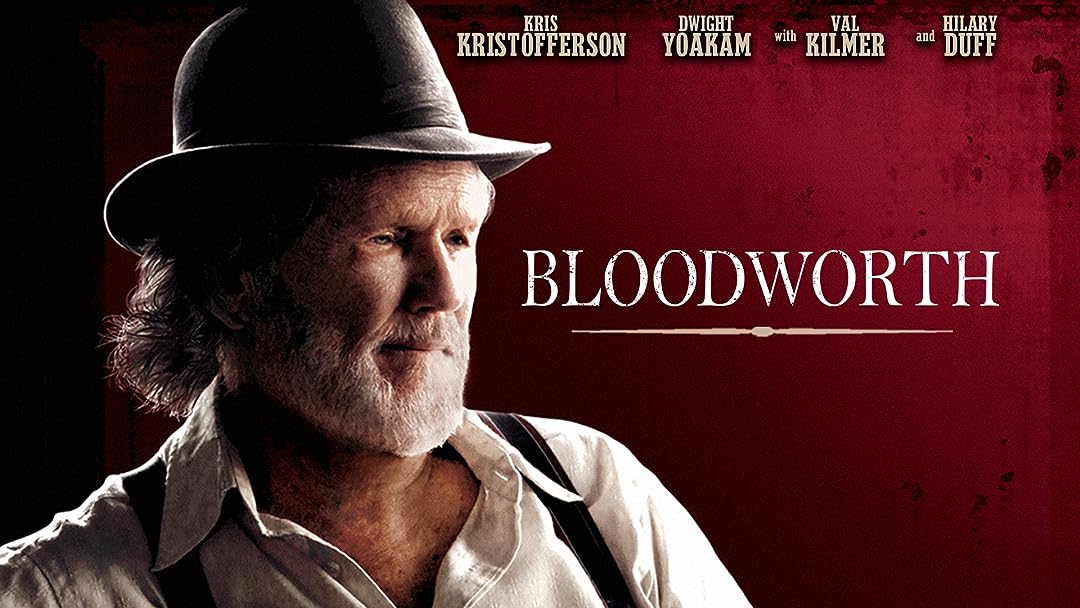 (127)
6.11 h 35 min2011X-RayR
After 20 years of roaming, E.F. Bloodworth returns home to his forgotten corner of Tennessee to find the wife he walked out on withered and faded and his three sons grown and angry. Only Fleming, the old man's grandson, treats him with the respect his age commands, and sees past all the hatred to realize the way it can poison a man's soul.

RoadReviewed in the United States on October 14, 2021
5.0 out of 5 stars
Well worth your time. . .
Verified purchase
Wasn't sure what to expect from this movie--finding it appealing initially because of Kristofferson and Yoakam starring--though was very pleasantly surprised.

This is one of those movies, like Cross Creek, that shows both the nature of a region of America--one in which my own family has deep roots--and the background to a writer coming into themself.

Great acting; not over the top but just right. Great filming, and great storytelling.

I'll gladly recommend this as a good story well told and will watch it again.

Teresa K ParrishReviewed in the United States on September 14, 2020
5.0 out of 5 stars
A Great Story
Verified purchase
I hate writing reviews but this movie was so awesome, so moving. It's an old man coming home to make some sort of peace with himself. It's a young man struggling to break free of a dysfunctional family and make something of himself.
'Lone Star' is still my favorite Kris Kristofferson movie but 'Bloodworth' is right next to it. I will watch again and likely again. Kris was amazing as Bloodworth. I was reminded of KK's portrayal of Sheriff Charlie Wade in 'Lone Star' when E. F. Bloodworth talked tough with his son Brady Bloodworth on account of the facial expressions. They weren't exact to the Wade character but really close. You could tell E. F. Bloodworth was a tough man who took no crap. That's all!!
7 people found this helpful

GBAReviewed in the United States on November 2, 2021
5.0 out of 5 stars
A Perfect Production
Verified purchase
A total surprise. An adult American movie which has it all. Superb acting from every member of cast. A "real-life" plot line, with continuity bringing it all together without a missed beat. Overwhelming quality for an American film and should be recognized for what it represents. A true art form which makes me proud to be an American again. To sum up - I was stunned to view this (in a positive way) and if you are a mature film buff, please take the time to view this movie. For adults only (those with the capability to enjoy film art of the highest level).
3 people found this helpful

Lawrence RobertsReviewed in the United States on November 12, 2021
2.0 out of 5 stars
Terrible. you will enjoy two hours in a dentists office about as much
Verified purchase
As one other reviewer said, "its about as interesting as watching grass grow." Yeah, in a poverty stricken trailer park full of an inbred family. I remember Tennessee as being quite a beautiful state, at least the parts I saw. This was just bleak scraggly forests, a near swamp of a lake. Couldn't they have at least found some nice scenery in which to make this stinker. Yoakam, Kristofferson, and Kilmer were simply terrible - they were even terrible at presenting terrible characters to us. The only reason it gets two stars is because of Reece Thomson and Hillary Duff. Those two young people kept me tied to this torture just to see how it ended for them. Even the music was bad.

Amazon CustomerReviewed in the United States on October 30, 2021
4.0 out of 5 stars
A well done film.
Verified purchase
Just as Rome, Italy played a central part in Roman Holiday starring Audrey Hepburn and Gregory Peck, this film captures the feel of a small rural part of the South. I've seen it twice and it is better than I'd remembered it. Very Faulkneresque. Another movie in this vein that might interest viewers is Mud starring Matthew MacConnaghy.
One person found this helpful

cdoskocilReviewed in the United States on November 23, 2021
5.0 out of 5 stars
Great movie with star studded cast!
Verified purchase
This was a great movie! I can't believe I'd never heard of it before now - it seems like it should have won awards. The story grabs you from the beginning all the way to the conclusion. Well written and acted, you'll be glad you watched this one. I found myself trying to look for others like it afterwards lol. It was so good.

L. BadtenReviewed in the United States on November 8, 2021
2.0 out of 5 stars
Like watching grass grow.
Verified purchase
Two thirds in and mind mind keeps wandering to the question - What could be more boring? Shutting it down to fill a huge pot full of water and watching, waiting for it to boil. Surely that must be more entertaining.

Peter R. TalbotReviewed in the United States on November 6, 2021
4.0 out of 5 stars
Well acted, paced and often moving, if a bit far-fetched.
Verified purchase
Interesting ensemble melodrama with Kristofferson, Yoakum and others. Tries at Faulknerian and as a tribute, nearly gets there at times. Worth a view despite some loose ends.
One person found this helpful
See all reviews
Back to top
Get to Know Us
Make Money with Us
Amazon Payment Products
Let Us Help You
EnglishChoose a language for shopping. United StatesChoose a country/region for shopping.
© 1996-2022, Amazon.com, Inc. or its affiliates