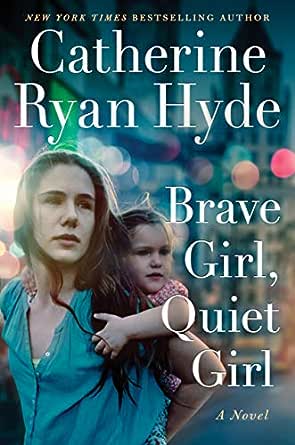 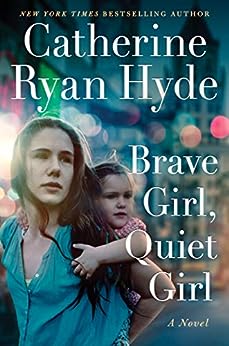 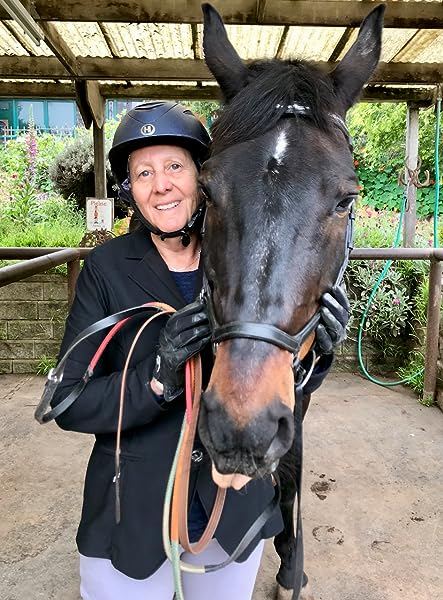 Enter your mobile number or email address below and we'll send you a link to download the free Kindle App. Then you can start reading Kindle books on your smartphone, tablet, or computer - no Kindle device required.

“A warm and clear-eyed look at what it means to be lost—and found. Fans of Hannah Beckerman and Meg Donohue will adore Brave Girl, Quiet Girl.” —Booklist

Catherine Ryan Hyde is the author of more than thirty-five published and forthcoming books. An avid hiker, traveler, equestrian, and amateur photographer, she has released her first book of photos, 365 Days of Gratitude: Photos from a Beautiful World.

Her novel Pay It Forward was adapted into a major motion picture, chosen by the American Library Association for its Best Books for Young Adults list, and translated into more than twenty-three languages for distribution in over thirty countries. Both Becoming Chloe and Jumpstart the World were included on the ALA Rainbow List, and Jumpstart the World was a finalist for two Lambda Literary Awards. Where We Belong won two Rainbow Awards in 2013, and The Language of Hoofbeats won a Rainbow Award in 2015.

More than fifty of her short stories have been published in the Antioch Review, Michigan Quarterly Review, Virginia Quarterly Review, Ploughshares, Glimmer Train, and many other journals; in the anthologies Santa Barbara Stories and California Shorts; and in the bestselling anthology Dog Is My Co-Pilot. Her stories have been honored in the Raymond Carver Short Story Contest and by the Tobias Wolff Award and nominated for Best American Short Stories, the O. Henry Award, and the Pushcart Prize. Three have been cited in Best American Short Stories.

She is founder and former president (2000–2009) of the Pay It Forward Foundation and still serves on its board of directors. As a professional public speaker, she has addressed the National Conference on Education, twice spoken at Cornell University, met with AmeriCorps members at the White House, and shared a dais with Bill Clinton.

For more information, please visit the author at www.catherineryanhyde.com.

4.7 out of 5 stars
4.7 out of 5
139 customer ratings
How does Amazon calculate star ratings?
Amazon calculates a product’s star ratings based on a machine learned model instead of a raw data average. The model takes into account factors including the age of a rating, whether the ratings are from verified purchasers, and factors that establish reviewer trustworthiness.
Top Reviews

Cheryl Stout
TOP 500 REVIEWERVINE VOICE
5.0 out of 5 stars Excellent, heartwarming Hyde tale of a girl, a mother and a child
Reviewed in the United States on May 19, 2020
Verified Purchase
I have long been a Catherine Ryan Hyde fan. Yes, I loved PAY IT FORWARD (as most people do) but I've enjoyed so many other of Hyde's books. She has a rare talent of bringing her readers into her stories, letting them feel what the characters are feeling.

Brooke is 39 years old, has a 2 year-old daughter, and lives in West L.A. with her mother. She is not happy with this because her mother is not a nice person but she's divorced and can't afford a place of her own yet.

She takes her daughter, Etta, to the movies (mainly to get away from her mother) and on the way home, she is carjacked - and Etta is taken with the car.

Molly is a 16 year-old living on the streets of L.A. and she finds Etta, who has been dumped on the side of the road in her car seat.

What transpires after this is a story that is heartwarming, heartbreaking, and really makes you think. It is about mothers and daughters and what actually what makes up a family.

I loved this story and I loved its characters, especially Molly. I highly recommend this book to everyone.

I received this book from Lake Union Publishing through Net Galley in the hopes that I would read it and leave an unbiased review.

Denise D
5.0 out of 5 stars Unputdownable
Reviewed in the United States on May 21, 2020
Verified Purchase
Brooke is a divorced single mother. she and her daughter Etta live with Brooke ‘s mother. Molly is is a sixteen-year-old homeless girl living on the streets of Los Angeles. Their lives collide and they will both be forever changed.

One night Brooke decides to take Etta
a movie. While getting into the car after the movie Brooke is hijacked. The hijackers leave Brooke standing in the street while he drives off with her mother’s car and Etta strapped in the back seat.

While Molly is out collecting recycling she discovers a car seat on the sidewalk.to her surprise, there is, still a baby in it. Molly makes a decision to take the baby with her. She knows it is unsafe for the baby on the street but it can also be unsafe with her. Molly must notify the police, which is hard to do. when you don't have a phone and you are worried about survival.

From the time Brooke gets Etta back Brooke and Molly ’s lives become intertwined. But it's difficult Brooke and Molly come from two different worlds. Molly is a homeless girl living on the streets. Brooke lives in a nice house, has a job, and enough food. Conversely, Molly does not know how she is going to get food, and shelter is a crate. Brooke is appreciative of Molly, but she is not sure she can trust her. Through the course of the book, Brooke and Molly deal with issues such as wealth, poverty, trust, homosexuality, and respect.

This story is told from the alternating point of views of both Brooke and Molly, so I knew what each character was feeling and thinking.

I could not put this book down. It was both suspenseful and heartwarming.

This was an amazing story that addresses a myriad of social issues. The characters were well developed. I did not want the story to end. I want to know now how Brooke, Molly, and Etta are doing today.

Golden Girl
5.0 out of 5 stars Another Hit by CRH
Reviewed in the United States on May 24, 2020
Verified Purchase
I believe that I have read all or just about all of Ms. Hyde's books. She is one of my favorite authors. Her story lines are so believable and the characters are so realistic that we feel that we have come to know them. I won't go into a synopsis of the book here because others have done that nicely, but I would like to say that I feel that I am a compassionate person. Saying that, I realized that I have a mistrust for most homeless people. I hope that I would have stopped to help Molly and Etta for example. Her books hit home in one way or another, causing us to self reflect, examine one's feelings and motives, and expand our horizons.
Read more
4 people found this helpful
Helpful
Comment Report abuse

Diane McKinney
5.0 out of 5 stars A story that captures your heart
Reviewed in the United States on May 21, 2020
Verified Purchase
Catherine Ryan Hyde fans, you probably are already reading this. I know I probably say this about each of her books, but every book gets even better than the last. If not a fan yet- why not? Choose any of her books and start reading! This story is compelling because of the complexity of the relationships. A small child is thrust into danger through one random act of violence. As Brooke and Molly are forced to face one another’s hard reality, their awareness results in a mindful growth of character. Both heart breaking and heart warming, settle in for an amazing journey.
Read more
4 people found this helpful
Helpful
Comment Report abuse

Charles Riley
5.0 out of 5 stars Thank you again, Catherine Ryan Hyde
Reviewed in the United States on May 19, 2020
Verified Purchase
Once again, a great read! So able to relate to the characters. Presented with "heart" and a clear love for others. Stellar !
Read more
7 people found this helpful
Helpful
Comment Report abuse

Kindle Customer
5.0 out of 5 stars Another great book from Catherine Ryan Hyde!
Reviewed in the United States on May 21, 2020
Verified Purchase
A wonderful story line that combines divorce, single motherhood, homeless teens and LGBT. I could hardly put it down. I love the quality of her writing. Some authors put out several novels every year. But it shows in the quality. She makes us wait but I look forward to her new releases.
Read more
5 people found this helpful
Helpful
Comment Report abuse

Alan Redrup
5.0 out of 5 stars Beautiful - Brave Girl, Quiet Girl
Reviewed in the United States on May 20, 2020
Verified Purchase
Ms Hyde takes you through every emotion. You can get into the head of every type of person, their inner deepest thoughts and write them out beautifully. This book deserves the highest recommendation. A beautiful story about an very beautiful and unusual girl. Couldn’t put it down!
Read more
5 people found this helpful
Helpful
Comment Report abuse

Harriet
5.0 out of 5 stars Homeless heroine
Reviewed in the United States on May 22, 2020
Verified Purchase
Another winner from Catherine Ryan Hyde! Love, bravery, devotion come in all forms and from the least expected. The story highlights the perils of homeless youth, the relationships between mothers and daughters, and the bonds that form between unrelated people. When a homeless girl rescues a baby girl abandoned by a carjackers and protects the baby at great risks to be returned to her mother, a tension filled alliance is formed. Definitely keeps the reader interested!
Read more
3 people found this helpful
Helpful
Comment Report abuse
See all reviews from the United States