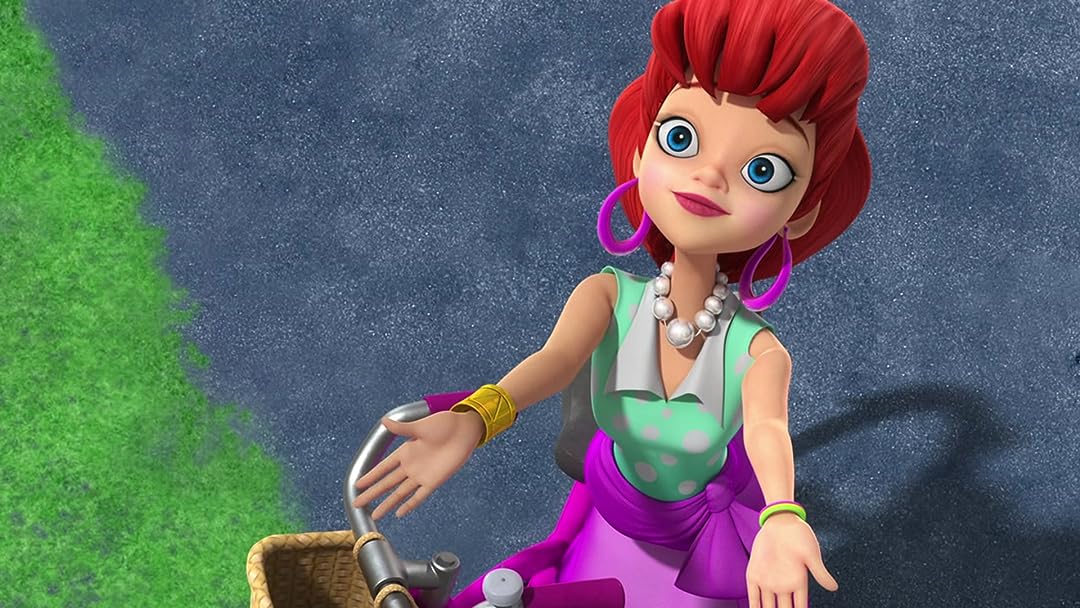 (136)
4.91 h 24 min2017PG
Travis falls through a magical portal which transports him to the world of American hero Paul Bunyan and his big, blue, talking ox, Babe! Featuring the voice talents of John Goodman, Jeff Foxworthy, Kelsey Grammer, and Mark Hamill.

Rentals include 30 days to start watching this video and 3 days to finish once started.
Add to
Watchlist
By ordering or viewing, you agree to our Terms. Sold by Amazon.com Services LLC.
Write review

JayJayReviewed in the United States on September 1, 2019
4.0 out of 5 stars
We don't have kids at home anymore....
Verified purchase
... and we were actually looking for a film that would portray the original legend of Paul Bunyan. We decided we'd give this film a try. So it is not the original legend, but it definitely has elements of that old mythology in it.

Having said that, this film was a delight. It is the same story as probably 20% of old Westerns (guy wants to buy the town for presumably nefarious purposes, sets about cheating everyone), but the animation and character development does more than save what could have been a pretty pedantic story. John Goodman is Paul Bunyan as you would never have imagined him - the gentle giant. And Jeff Foxworthy/Babe positively steals the show. One can imagine the actual Babe (if, in fact, there were an "actual" Babe) being as snarky and mischievous as he is in this film.

It is not very often that I give a post-1990 movie the seal of approval, but this was great. And I guess when you look at those who starred in it, you can imagine that such as cast would not have been associated with anything but quality. I would not elevate this film to the status of "New Classic" or anything, but it is better than 99% of films produced since 1990 and was quite an enjoyable watch. Your time will not be wasted here.

dmcbowdenReviewed in the United States on August 22, 2017
5.0 out of 5 stars
Five Stars
Verified purchase
Our kids love this movie! It portrays a realistic villain and is fun but not too scary.
4 people found this helpful

Amazon CustomerReviewed in the United States on May 27, 2022
5.0 out of 5 stars
Plays
Verified purchase
DVD works plays no problem .my little guy loves it now he has the talking Paul Bunyan as he calls it

CustomerReviewed in the United States on July 2, 2018
5.0 out of 5 stars
Wholesome fun for kids
Verified purchase
Great movie The kids have watched it probably three times already
One person found this helpful

JessyReviewed in the United States on December 28, 2018
2.0 out of 5 stars
It was ok
Verified purchase
It was ok, my son wasn’t interested in it.

OodlesReviewed in the United States on July 29, 2017
5.0 out of 5 stars
Five Stars
Verified purchase
This movie is really cute!
2 people found this helpful
See all reviews
Back to top
Get to Know Us
Make Money with Us
Amazon Payment Products
Let Us Help You
EnglishChoose a language for shopping. United StatesChoose a country/region for shopping.
© 1996-2022, Amazon.com, Inc. or its affiliates