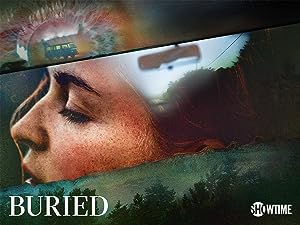 Season 1
(7)
2021TV-MA
A woman’s repressed memory leads her to accuse her father of murder.

Paul AllaerReviewed in the United States on October 19, 2021
4.0 out of 5 stars
Repressed memory reappears after 20 years
As Episode 1 of "Buried" (2021 release; 4 episodes of about 55 min each) opens, we are introduced to Eileen Franklin, who was 8 or 9 years old in 1969 when her best friend Susan Nason was brutally murdered. Then in 1989, yes 20 years later, Eileen's repressed memories return and she accuses her own dad of molesting and then killing little Susie. Episode 1 provides extensive footage of the "first day of the trial"... At this point we are 10 min into Episode 1, and you'll just have to see for yourself how it all plays out.

Couple of comments: this documentary TV mini-series is written and directed by Yotam Guendelman and Ari Pines. Their previous documentary work included "Shadow of Truth" a few years ago. Here they reassess the infamous case of the "repressed memory" of Eileen Franklin, who accuses her dad of the unresolved murder of Susie Nason 20 years prior. The documentary looks back extensively on how the Franklin family moved in then-new Foster City (halfway between San Fran and San Jose), where everyone knows your name. Then there is the issue of the "repressed memory", which at that time had never been used at trial in California. The documentary makers int4erview plenty of talking heads from those late 60s years in Foster City.

"Buried" premiered last week on Showtime and Episode 1 is now available on SHO On Demand. New episodes air Sunday evenings at 9 pm Eastern. If you are in the mood for your regular dose of true crime, I'd suggest you check this out, and draw your own conclusion.

*UPDATE 10/18/21* Just saw Episode 2 last night, which drills in on what a "repressed memory" actually is, and to what extent it is accepted in the medical community. As could be expected, the debate is not black and white, but instead there are a lot of nuances. And then, out of nowhere, an explosive new fact is unleashed upon the unsuspecting viewers at the very tail end of Episode 2. Can't wait to see the remaining two episodes!

*UPDATE 11/1/21* I've now seen all episodes and I must say, this mini-series only got better as we went along. There was so much information to absorb, that it even feels a little as if things were rushed, in particular in the last episode. But it's a minor quibble. If you love true crime documentaries, this mini-series is for you!

RoKReviewed in the United States on October 12, 2021
5.0 out of 5 stars
intriguing
I repressed a memory of being molested while pre-school aged. By more than one individual. These were not strangers. Fast forward to age 15-my biological father, whom at the time was still a stranger to me and whom i was getting to know, triggered memories i had repressed of when i was in preschool. its a real thing. believe me.
4 people found this helpful

Ron BlachmanReviewed in the United States on November 19, 2021
5.0 out of 5 stars
Troubling and important - "reasonable doubt" won't withstand a salacious narrative
Memory is a vey, very shaky thing. Memories, whether "recovered", "repressed" or simply long past the "remembered" event can be sufficient cause to look for other, forensic evidence but such "memories" should NEVER be considered wholly reliable. Prosecutorial narratives constructed in this manner should be considered presumptive cause for civil liability and disbarment if the case is later overturned. We saw this in the infamous McMartin school case - forensic evidence completely absent, clear inducement of false testimony from unreliable subjects. The case has been destroyed and yet the state has refused to retry or dismiss based on the principle that the clear errors were not brought to the court's attention soon enough to reopen the case! Several Massachusetts governors cloaked themselves in shame by simply ignoring the conspicuous evidence and the appeals to use their authority to at least partly right this wrong.

The Michael Skakel case was also based almost entirely on someone claiming to recall with accuracy a merely opaque conversation more than twenty years previous - and worse on the witness' opinion of what he thought was in the defendant's mind (mind-reading, is not usually reliable, is it?)

There are just certain subjects where the mere suspicion combined with ghastly narratives cause revulsion. These may be sufficient to overwhelm civil probity and our concept of reasonable doubt. Yet refusing to convict when there is doubt is the ver foundation of the presumption of innocence. If you doubt what I'm saying consider this. There is an entire movement currently active which is convinced that elected figures and a large part of an entire political party are part of a vast conspiracy to abduct children for sex slavery. This is so potent in the minds of believers that some of them have committed vigilante murders of ordinary pizza parlor denizens. Now, imagine a person with those beliefs empaneled on a jury! The nature of the accusation is so horrific that it displaces reason and restraint.

The susceptibility to let passion, revulsion or unease about our own moral rectitude is present in all of us in at least some small measure. There is a natural bias to find some answer, some conclusion no matter what. In our democracy the police, prosecutors and media know instinctively that sensational cases make careers, get people elected, allow moral preening, sell advertising. And so, people in authority who should have higher standards are to willing to pander to our worst instincts.

I have no certain idea whether some of these defendants may have done what they are accused of. And neither do you and that is the point. In the absence of very strong forensics old "memories" or singular narratives should be rejected out of hand. When called to serve on a jury please remember your obligation to do no wrong regardless of the seriousness of the case.

Amazon CustomerReviewed in the United States on November 8, 2021
5.0 out of 5 stars
Well-Worth Watching
Very well-done and non-sensationalized documentary about a sensational case. If you're here wondering whether to watch it, you should.

I think it's pretty telling that in the last line of this video -- with all the evidence in his case blown out the window as false (every last bit) -- the prosecutor continues to say that he was correct about the prosecution. That's what you'd call a really bad prosecutor.
One person found this helpful

JazzbeaReviewed in the United States on October 12, 2021
4.0 out of 5 stars
Repressed Memories? Yes/No
This is an interesting docuseries. Everyone who watches will go away with a different take on the outcome.
One person found this helpful

MikeReviewed in the United States on October 11, 2021
5.0 out of 5 stars
Excellent Murder Documentary
If you love crime and murder shows, this is one you must watch. Excellent documentary about a murder trial where the prosecution’s ONLY evidence is the repressed memory of the accused murderer’s daughter from 20 years prior. The ending shall surprise you!
One person found this helpful

Margaux C.Reviewed in the United States on October 23, 2021
5.0 out of 5 stars
Wow I was enthralled
What an epic story! It had me hooked from the start until the ending. Great directing, great witness accounts/interviews. All in all it was a truly compelling documentary!!
See all reviews
Back to top
Get to Know Us
Make Money with Us
Amazon Payment Products
Let Us Help You
EnglishChoose a language for shopping. United StatesChoose a country/region for shopping.
© 1996-2021, Amazon.com, Inc. or its affiliates