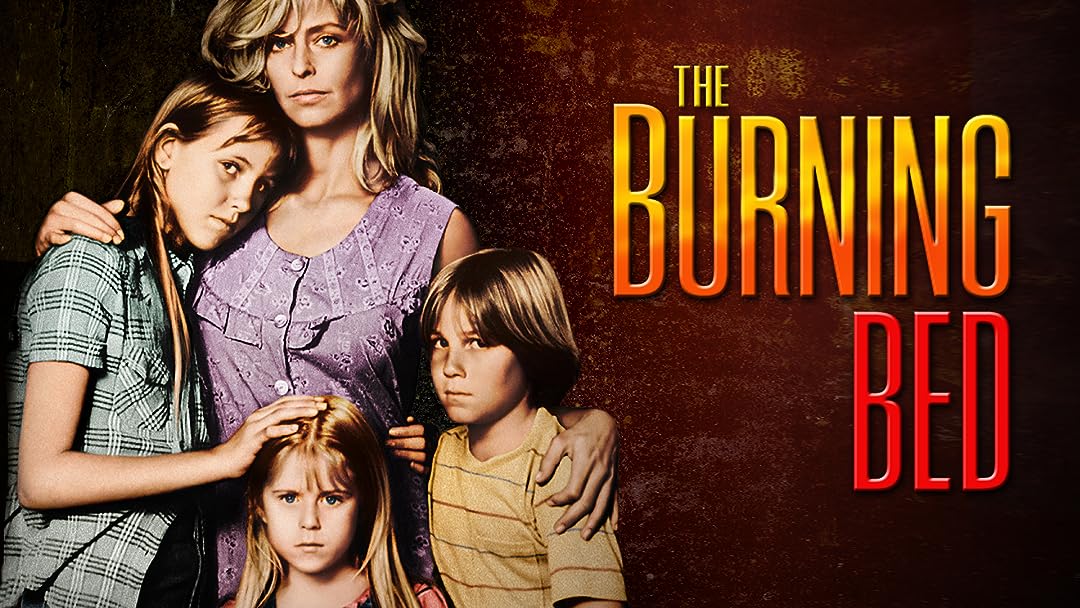 (2,308)
1 h 35 min1984X-Ray13+
A battered wife sets her husband on fire one night after living with his beatings and humiliations for years.

Candy BeardReviewed in the United States on March 23, 2019
5.0 out of 5 stars
Farrah is outstanding!
Verified purchase
I just watched this movie for the second time ever. The first time was when it first came out and I was only fifteen years old. I could totally relate to this film because as a child & teenager, I witnessed two of my stepfathers beating my mom to a bloody pulp, mostly when drunk. But unlike Francine Hughes, my mom never wanted to leave, and was usually drunk with her husband. Watching this movie again tonight was tough, as it did bring back a lot of difficult memories. I can remember as a teen running to my room and trying to stay out of his sight, so that he would not turn his anger on me. Because it had been so very long since I had seen it, (34 years in fact) I honestly could not remember if the jury convicted Francine or not. I was on pins and needles during the trial part of this film, waiting and praying they did not. This is a classic battered woman, and my heart aches for Francine Hughes. I absolutely hated the way his own family protected him, not Francine and enabled him to be an abuser for several years. They have only themselves to thank for the fate he met. This film was so very well done and I highly recommend it. I would give it a ten star if I had the option.
34 people found this helpful

Kraftie MumReviewed in the United States on July 19, 2016
5.0 out of 5 stars
Don't stay in an abusive relationship!
Verified purchase
I have a little sister who is just recently found out was in an abusive relationship that she didn't want to get out of. So, I thought it'd be a great idea to watch this movie together. We'd never watched it before and weren't sure of what to expect, but I liked the move description and said let's watch it. She agreed and by the end of the movie we were both in tears and we'll now she is no longer in that abusive relationship. So I absolutely love this movie!
70 people found this helpful

walkaboutReviewed in the United States on September 6, 2020
3.0 out of 5 stars
Good docudrama
Verified purchase
Farrah Fawcett did a superb acting job in this movie based on a true story. She was nominated for both an Emmy and a Golden Globe, and deservedly so. However, there were two things I didn't like about the movie:

1) Fawcett and Paul LeMat are about 20 years too old for the roles. The real Francine and Mickey Hughes were teenagers, only 16 and 18 respectively, when they met and married. Fawcett and LeMat were 37 and 39, basically pushing middle age. Younger actors would have better captured the innocence and vulnerability of Francine, and the immaturity and volatility of Mickey.

2) They seriously watered down the abuse Francine Hughes suffered. Her husband beat her repeatedly and viciously, much more so than the movie depicts. It was a TV movie made in the 1980's, so maybe they had to do so for ratings reasons. However, it lessened the brutality of Mickey's actions, and made his murder seem a little less defensible.

Nonetheless, it's a cautionary tale worth watching, particularly for women in abusive relationships.

MichelleReviewed in the United States on April 5, 2019
5.0 out of 5 stars
After watching this for the third time in my life, my opinion is the same.
Verified purchase
If you know Farahs work, she always seemed strong so at first I thought this wasn't a good role for her but I was wrong. This is a five star for good reasons.

This changed my life. I told myself I would never be the woman this and hundreds of other movies portray. I am strong, I need no man although I finally found a good one so I am one of the lucky few.

The second I see abuse of any kind towards myself or those I love, it is cut or they are gone. No one was given a second chance to regain my trust. No one ever hit me more than once. No one.
19 people found this helpful

Summer RoseReviewed in the United States on May 11, 2019
5.0 out of 5 stars
Francine Hughes is a heroine
Verified purchase
I've wanted to watch this movie for the longest time but couldn't find it until it was included in my prime video. Farrah Fawcett is more than a pretty face, she's a fantastic actress. Domestic violence cases similar to Francine Hughes are sadly more common than ever. Still, domestic violence victims have a hard time finding help or getting out of abusive relationships. Mickey Hughes, like many abusive men, are angry and rageful to begin with. It's important to see the red flags before getting into a relationship with these types. Also, men who abuse their wives/girlfriends are more than likely to abuse their children/step children as well.
13 people found this helpful

Dr. JReviewed in the United States on April 7, 2019
5.0 out of 5 stars
Wow...a must see to understand
Verified purchase
This movie was very good, but very sad also. If you are easily triggered by domestic violence, it's best to not watch this alone. This movie did highlight the horrors that occur in violent, toxic families. I feel this movie is a must see for anyone who is interested in working with victims of domestic violence. I'll admit, all situations are different but very educational in that respect. I am very glad for the laws that are in place now to help victims of spousal abuse as they were not in the 1970s.
8 people found this helpful

CharlyneReviewed in the United States on October 27, 2017
5.0 out of 5 stars
The Burning Bed- Is it worth it?
Verified purchase
I've loved this movie for a long time, but I couldn't buy it in any stores. When I saw Amazon had it I was so happy. I wanted to make sure that it wasn't scratched or anything, that was my biggest fear. I bought the most expensive one because it was used but in new/almost new condition. It was a lot for a movie, so I really wanted to make sure that every penny spent was on a scratch free DVD. It arrived, I opened it, and was very pleased. The disc wasn't scratched anywhere, it's caseing was beautifully clean, & watching it was amazing. Is it worth it? If you really like this movie, or curious about it, then yes 100% worth it.
13 people found this helpful

Laa-LaaReviewed in the United States on November 10, 2018
5.0 out of 5 stars
Thank you
Verified purchase
I have seen this movie only one time, and I liked it a lot. Now that I have it, I can see it whenever I have time. Very disturbing and tragic (I believe it's based on a true story). She really loved her husband, and tried to do right by him, but he was terrible to her. I don't blame her for becoming fed up...very sad 💔. Thank you for your service, and shipping it quickly ☺
9 people found this helpful
See all reviews
Back to top
Get to Know Us
Make Money with Us
Amazon Payment Products
Let Us Help You
EnglishChoose a language for shopping. United StatesChoose a country/region for shopping.
© 1996-2021, Amazon.com, Inc. or its affiliates