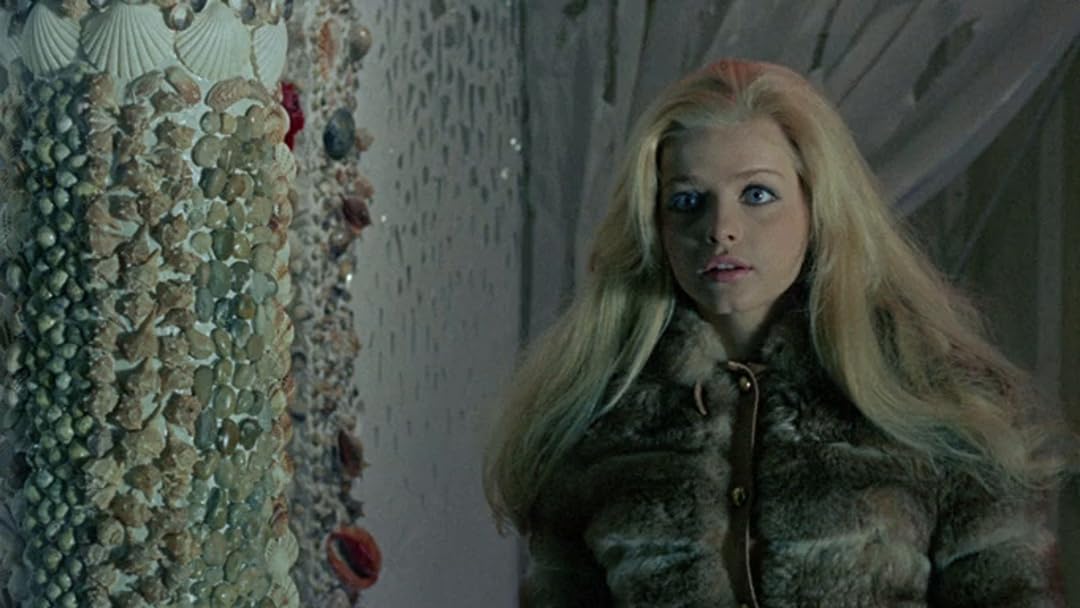 Pageturner in NYCReviewed in the United States on January 14, 2021
1.0 out of 5 stars
Version on Amazon Prime is Edited--Missing 24 Minutes
Verified purchase
I don't know if this 1968 box office bomb would play any better fully uncut (as it is available on DVD and BluRay), but the version streaming on Prime Video is 100 minutes long and the uncut version of the film is 124 minutes. What's missing? I'm not sure. But there certainly is ALWAYS a cut when Candy starts getting naked. A failed sex comedy where all the sex has been trimmed out.
16 people found this helpful

phillip gonzalesReviewed in the United States on March 25, 2018
3.0 out of 5 stars
I was mesmerized by the beautiful Ewa Aulin
Verified purchase
I really only bought this movie because I saw it as a youngster when it first came out. I was mesmerized by the beautiful Ewa Aulin. At the time it
was pretty daring for a pubescent boy to see, as some of the scenes with Aulin are very sexy. The most disappointing aspect of the movie is that
producer, director had all these great actors who were wasted on such a terribly written screenplay. Buck Henry (who wrote it) must have been on
LSD when he wrote the ridiculous, weird, often boring scenes. Ironically, again 50 years later, the only thing still good about this movie is the sexy
and beautiful perfection of Aulin. If not for Aulin, this film would be considered nothing but celluloid garbage. I gave it 3 stars for Aulin and the major
actors who did the best they could with such a piece of crap script.

A psychedelic (somewhat gratuitously, then again, it as filmed in 67/68) version of an all-American 50s Midwest Candide/Candy of the novel. Ewa Aulin, I'm afraid, didn't have the acting chops to play an American girl. (Imagine Tuesday Weld in this role!) It was the height of the Britt/Anita/Ursula era - I guess it made sense at the time. For all practical purposes, this is a European movie. Despite Southern's source novel and Buck Henry's (both American) script, the Candide In Modern America conciete gets lost.

A genuine curiosity, some scenes truly great, even. Too bad it strayed from the book, in which the theme is:

[Southern on Candy Christian being an actual contemporary prototype] "Yes, it's one of the most common and disturbing phenomena going. You see a groovy chick, and she's with some kind of nut, creep, or crackpot. 'What in the devil do you see in him?' you ask. 'Oh, you don't understand!' she says. And then, when really pressed, it comes down to 'He needs me.' Beauty and the Beast, simple as that..."

Of course the great Terry Southern (The Loved One, Dr. Strangelove, Easy Rider) took this premise to the wildest extreme.

Another KL bluray with no subtitles. Extras include an interview with the brilliant screenwriter, Buck (The Graduate, To Die For) Henry and an appreciation by critic Kim Morgan, which allowed me to dig (even more so) the movie on its own terms. I'd recommend watching both before the viewing movie.

Four stars - tho you wouldn't know it by my two cents!
9 people found this helpful

Freeman GilbertReviewed in the United States on December 29, 2019
4.0 out of 5 stars
Candy and Jam.
Verified purchase
When this movie came out in 1968 I read the novel upon which it was based, but the reason this film has stuck with me is the gal who plays Candy reminded me of an 18 year old high school girl whom I code named Jam (due to her last name, which was NOT Jam!) Jam went on to finer things in her life and will soon hit her 70's. But that lucky legs dream of a half century plus ago still has not gone from memory. Which speaks volumes for the art of Memory. Eye Candy Becomes Memory Candy!
8 people found this helpful

Richard MiddletonReviewed in the United States on December 22, 2018
5.0 out of 5 stars
Gloriously bad entertainment
Verified purchase
It's a mystery to me how the producers, having decided to make a movie with scant plot and unpredictable connections from one point to the next, managed to persuade so many serious actors to take cameo roles. It's great fun, and, so long as you aren't looking for deep insights into the meaning of life, well worth watching (just like the book that inspired it, Voltaire's Candide, which is short, grossly exaggerated, and definitely not to be taken too seriously).
11 people found this helpful

Roger M ScalfReviewed in the United States on March 9, 2020
2.0 out of 5 stars
Without Ringo Starr this wold have been a lame soft core porn joke.
Verified purchase
If Ringo Starr was not in this movie, I wouldn't even bother. Also, one of the cool things about Ringo is his Liverpool accent, so that crappy line with the phony Mex accent," Manuel is good boy" was just weird( and not the least bit funny) but hey, it's still Ringo so it's cool and since I've been a Beatlemaniac since Feb.7,1964 I have to have everthing they made.
5 people found this helpful

Odessa SilochReviewed in the United States on March 14, 2021
5.0 out of 5 stars
All fun
Verified purchase
[Note: the free version on Prime in 2021 is the heavily edited version -- rating is for the full uncut version]
- If you take this film seriously you are missing the point -
I thought it was trippy when I saw it in the 80's, now love it for being over-the-top loony
Any discussion about the actors will ruin the charm, but HAVE to say: John Astin is brilliant
3 people found this helpful

Splinters McGeeReviewed in the United States on November 20, 2018
1.0 out of 5 stars
too rapey for my tastes
Verified purchase
I thought it might be a funny period piece but there is nothing funny about repeated molestation and subsequent victim blaming as the premise for a comedy. Trash.
11 people found this helpful
See all reviews
Back to top
Get to Know Us
Make Money with Us
Amazon Payment Products
Let Us Help You
EnglishChoose a language for shopping. United StatesChoose a country/region for shopping.
© 1996-2021, Amazon.com, Inc. or its affiliates