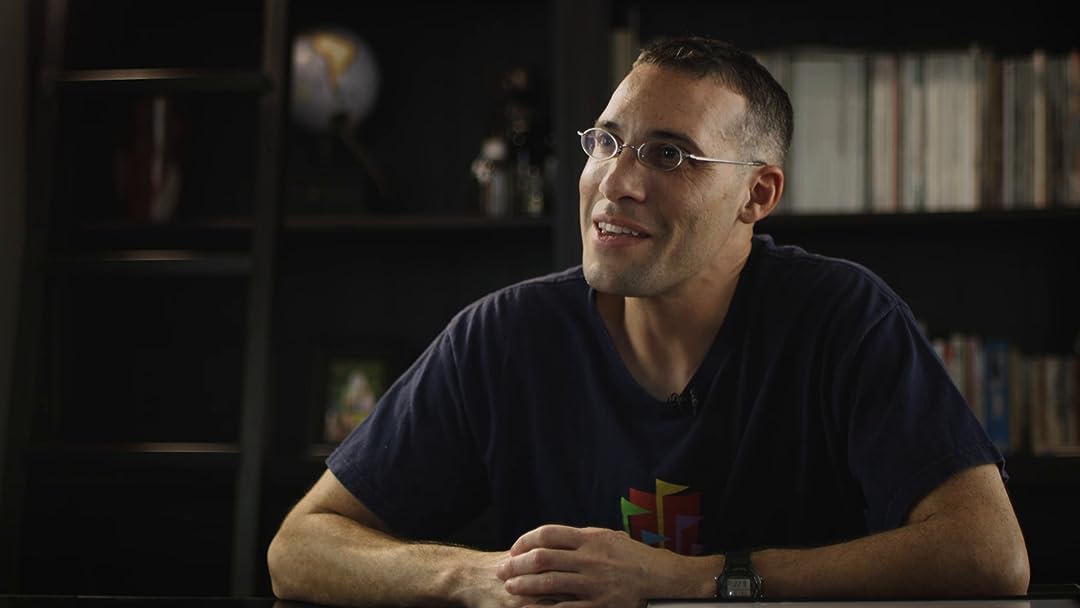 (1,037)
6.21 h 17 min2021X-RayALL
Closed For Storm is a film detailing the incredible history of a massive, American theme park that was eventually left completely abandoned

Random Dad.Reviewed in the United States on September 8, 2022
4.0 out of 5 stars
Heartbreaking story beautifully covered
Verified purchase
A really touching history and study on the park, its meaning, and the people who cared about it. Well edited and definitely worth the watch.

Brent JohnsonReviewed in the United States on December 6, 2021
5.0 out of 5 stars
A great film. Honest, entertaining, worth watching!
Verified purchase
Well executed, a worthy tribute to those that still fight to make it work, and a scathing indictment of an uncaring and corrupt city government.

I grew up in New Orleans and still live in the suburbs. My father worked in New Orleans east about 3 miles from the park off Michoud, as did I for awhile. I still have my season pass from 2005 because I loved that park and had lots of great memories there.

I remember very well the smell of the water that inundated the east, gutting the building my father worked in, only to have hurricane Rita come through and flood it again just months later. I drove by that park every day as it sat in the blackest, thickest, most chemically polluted water I've ever seen, when they drained it it smelled like death.

It had its problems, but it was a nice facility, and I still contend that it was a great thing for New Orleans East. There are absolutely parts of the east that are dangerous, just like there are dangerous parts of most cities, but I never had any problems there and my family and I went often. The greatest tool for fighting crime is eliminating poverty, and I believe that the park could go a long way towards helping that part of the city not just by employing people at the park itself, but by bringing back customers for hotels, restaurants, retail, all the things that Katrina washed away. There is STILL no plan for the east and I strongly suspect that as long as Latoya occupies city hall that situation will not change. Even outside of TPC and Troy Henry's plans (which I'm glad you covered) they have had numerous proposals for ways to revitalize the park and the east I'm general but as long as we have a mayor that has one eye on Washington and the other eye on their bank account (something that Landrieu and Latoya have in common) we will not generate any momentum towards a solution.

All we can do is try to elect some leaders that want to lead in the future. I hope we get there. I love my city, and I love the people in the East. They deserve some help. Shame on the city for forgetting about them so they could work with contractors like the fly-by-night amateurs that attempted to build the Hard Rock hotel. I can't think of a better metaphor for why we are where we are than the images of that dead construction worker that was left in the rubble of that structure visible to anyone on the street for months on end.

We still have work to do, but we will get there.

lessieReviewed in the United States on September 1, 2022
5.0 out of 5 stars
Informative and accurate
Verified purchase
Growing up only an hour from New Orleans, my family and I visited Six Flags more than once. It was bittersweet seeing all the videos and pictures. Also, the time they dedicated to reminding viewers of Katrina's devastation was appericated.
One person found this helpful

Wylie CoyoteReviewed in the United States on December 23, 2021
4.0 out of 5 stars
Katrina's still open wounds infected by bureaucracy and urban corruption
Verified purchase
A Six Flags Park that was brought down by Katrina still sits abandoned as an open wound reminder of the plague caused by urban corruption.
A nostalgic look at a small Six Flags property that was slated for expansion when hit by Hurricane Katrina. While many neighborhoods are struggling to rebuild, the abandoned park drags down property values where it had once been an employer and attraction loved by many. Former employees recall that the company continued full pay long after the park was destroyed. Infrastructure and resources are not the only hindrance to a new employer and attraction - the land is owned by the city. Many have expressed interest and in the 10th year after bids were submitted it becomes painfully clear that the city is not interested in the citizen's having employment and tourists, but in money reaching the right hands. New Orleans corruption is widely known and reported on post Katrina, but rebuild efforts as well. The city has a point system for proposals that is not clearly scored, but it does not incorporate citizen or neighbor input or preference as a factor. Those neighbors who are most directly impacted have no say in what will be next to the homes they have rebuilt since Katrina destroyed them. This should demonstrate to people everywhere how important it is to evaluate politicians and not just vote along party lines.
10 people found this helpful

Rochelle M.Reviewed in the United States on September 28, 2022
3.0 out of 5 stars
Not a bad movie
Verified purchase
There were moments when I felt what the director wanted me to feel. I felt that sucker punch to the gut when Ms. Pope was removed from the RFQ process. I feel sorry for the people that care, BUT, I can't feel sorry for New Orleans anymore. That whole situation should have been taken care of decades ago.

CDWReviewed in the United States on February 18, 2022
4.0 out of 5 stars
Musical Score Interferes More Than Enhances
Verified purchase
Overall I thought this was a good documentary. Good interviews with ardent fans of the park and a couple of employees, telling their personal stories. They made me happy that the park had been there, but also I felt the sadness when it was no more. I thought the filmmaker and editor could have identified the interviewees more often during the film. I was confused at first why certain people were being interviewed, especially the two land developers near the end, as they were not identified onscreen until the very end. And last, the musical score. Matthew Jordan Leeds has done a lot of major stuff for Disney, and he's a terrific composer, but his talents were wasted on this film. I'm even questioning if he viewed the documentary as he composed, because the heavy dramatic music turned up to 11 did not fit the bleak and sparse themes on the screen. It was so distracting, I eventually muted the sound and turned on the closed captioning!
4 people found this helpful

Jennifer Lockhart McHughReviewed in the United States on August 4, 2022
5.0 out of 5 stars
Great film!
Verified purchase
I've been watching Bright Sun Films for years and the quality of the content has always been amazing. This film was very informational, and I didn't feel bored at all watching it. The scenes had me astonished at just how much damage the storm had done, I had never known how bad it actually was before watching this.
One person found this helpful

alisha jenkinsReviewed in the United States on August 17, 2022
3.0 out of 5 stars
HOPEFUL
Verified purchase
I was heartbroken for the town as a whole, Katrina left so many broken, I would hope there is someone somewhere that can see the potential in this theme park, Get the community more involved, start with clean up. Ask Trump for help, I know it's a long shot but start somewhere, there is way too much to just trash it. Make it work.
One person found this helpful
See all reviews
Back to top
Get to Know Us
Make Money with Us
Amazon Payment Products
Let Us Help You
EnglishChoose a language for shopping. United StatesChoose a country/region for shopping.
© 1996-2022, Amazon.com, Inc. or its affiliates