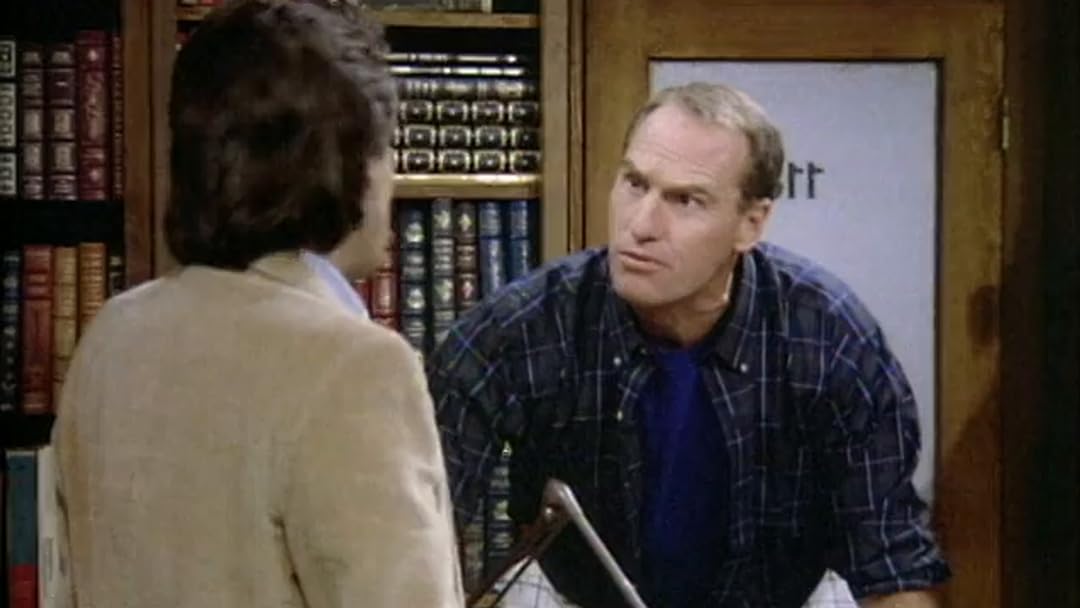 (349)
7.01989X-RayTV-PG
Relive Season One of Coach as Coach Hayden (Nelson) teaches the moves to his football team, the Minnesota State University Screaming Eagles.

KKRath444Reviewed in the United States on November 21, 2020
4.0 out of 5 stars
Was great show in its time
Verified purchase
It’s just ok now. Loved it as a kid but it didn’t hold up against time for me. I’m only on season one so maybe the nostalgia will kick in later than expected. When it originally aired it was very funny and used to watch every week with my mom. One of the few we never missed.
Bit of trivia, did you know Dauber is the voice of Patrick from Spongebob.
One person found this helpful

SerpentizReviewed in the United States on July 28, 2013
4.0 out of 5 stars
Great show, this Limited Edition leaves a little to be desired.
Verified purchase
I remember my father started watching this show in the late 80's and decided to give it a try when it came to Netflix. I've since watched through the entire series a couple of times and love it! What an excellent show! I decided I wanted to buy the series on DVD and when I saw this Limited Edition, I had to have it, especially for the price. The package is a DVD-box-sized playbook binder, covered with leather, like a football, as the picture suggests. Inside the two DVDs are held in plastic envelopes like you'd find in a CD travel case, and there's a notepad, which (on the first two pages) contains the episodes and short synopsis of each episode. Behind the first two pages is a bunch of blank pages. I'm not real sure what they intended people to do with that blank space, write up their own football plays? Take notes on the episodes they watched? It's a little odd, and I would've preferred to have something printed on the blank pages, history of the show, actor profiles, anything really. There are also no special features for the show itself, there's a short documentary about shows of the 80's, which I've read is on every TV show DVD package from the 80's that Universal releases, and there's one second-season episode included on the second disc, but other then that, no special features. I can get around the special features, I really didn't expect much, but the blank pages in the notepad cheapened the set for me. For the price, though, I'd buy it again.
4 people found this helpful

Call me KIDReviewed in the United States on September 4, 2013
5.0 out of 5 stars
Great Show
Verified purchase
I've seen all these before so I can just say this is a great show, very funny and set in MN, which is where I live too. I think this would be a great gift, the package comes as kind of a notebook (looseleaf binder) flips open, discs are in page sleeved and one of my discs had a pretty good mark on it hope it plays I ran through testing each episode in ff and it seems ok, there's also a notepad after the dvd pages (two pages dvd) and it opens up to pages saying disc one and disc two episodes and names, then the pages are blank there after, this might sit in funny on some people dvd racks and no where on case doe's it say coach except flip parts of course, but it's cool if you don't mind it not conforming with regular dvds, it flips up like a notepad, not like a normal binder so there's no place to put the name coach. enjoy
NOTE!!!
This dvd doe's not play full screen on my computer but doe's play full screen on my xbox to my flatscreen, so if your playing off comp to tv you may have issues, just try a regular dvd player to access full screen. Pig skin case is plastic not leather for those who care. Still is cool, unique, but won't be able to read name on side because there is none, so you just have to recognize it for it's case. Comes with two dvds in sleeves.

BarbaraReviewed in the United States on April 2, 2018
5.0 out of 5 stars
Great Show!
Verified purchase
Loved this show and was so happy I was able to find it on DVD. Yes, the box is a bit cumbersome as it isn't square shaped, and yes, the blank pad wasn't necessary, but it added to the football theme and I appreciated the effort. It certainly didn't detract from the DVD performance.

The DVD was in perfect condition and I loved the series. I would recommend highly!
2 people found this helpful

IsaacReviewed in the United States on December 4, 2017
5.0 out of 5 stars
Something needed to be added to every person's collection!
Verified purchase
Such a great season to watch with family and friends! Clean comedy and really helps you appreciate the talent used within the acting! I remember many good evenings watching this season with my family as we sat around sharing laughs and eating popcorn! If you have never seen this before and enjoyed shows from that era I highly recommend that you pick up this wonderful show! You will not be disappointed

SarahReviewed in the United States on January 12, 2019
3.0 out of 5 stars
Ok
Verified purchase
Love the show but so disappointed that only one season is available
One person found this helpful

nystitcherReviewed in the United States on October 18, 2019
5.0 out of 5 stars
Love it
Verified purchase
So much fun to watch the first season of this great show. No regrets with this purchase and the football themed packaging is very cute!

hawkeyesssssReviewed in the United States on September 4, 2021
1.0 out of 5 stars
Made a mistake on Kelly Meet Christine
Verified purchase
I made a mistake on Kelly Meet Christine digital order, and was charged. I tried to stop it, but no way could I fine out how.
Amazon has helped me many times, but can't find how to cancel this order. Thank you.
See all reviews
Back to top
Get to Know Us
Make Money with Us
Amazon Payment Products
Let Us Help You
EnglishChoose a language for shopping. United StatesChoose a country/region for shopping.
© 1996-2022, Amazon.com, Inc. or its affiliates