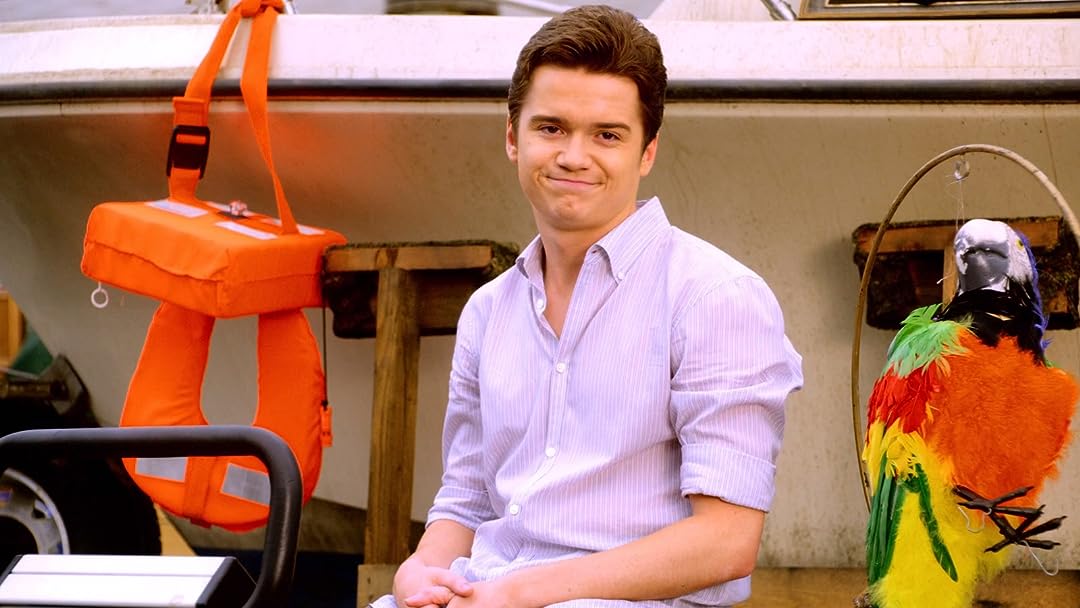 (485)
7.02010X-RayTV-14
Courtney Cox stars as Jules, a recently divorced single mother exploring the truths about dating and aging. While most women in their twenties go through life experiencing the challenges and pitfalls of meeting men, Jules took on the responsibilities of marriage Now in her forties, she embarks on a journey to self-discovery surrounded by divorcees and singletons eager re-live a time gone by.

KristinReviewed in the United States on August 11, 2015
5.0 out of 5 stars
It's time to grab a bottle of wine and binge watch Season 1 of Cougar Town!
Verified purchase
My boyfriend was out of town for work for the weekend and I wanted to find some new show that was cute and fun to watch while he was gone. So I decided to try out Cougar Town. Within that weekend I managed to get nothing done at home and watched all 24 episodes of Season 1! (Each episode is around 22 minutes long, so it was way too easy to just keep letting them continue) I just couldn't stop watching it and at times even found myself laughing hysterically out loud. I am pretty in love with this show and will now have to buy the rest of the seasons.

Unlike some sitcoms, this show does have a continuous story line along with each episode's own problem and situation that usually gets solved with in the episode. So it was really nice for watching it for the first time to be able to watch them all in order and all at once.

Cougar Town is about a 40 something recently divorced woman, Jules, who is played by Courtney Cox (Friends), who is discovering how to get through life after her divorce and getting back into the dating world. Jules is a real estate agent who has a younger girl working for her named Laurie (played by Busy Phillips- Dawson's Creek). Jules is not just Laurie's boss but also her really good friend and wants to show Jules how to have fun. Jules's best friend Ellie (played by Christa Miller- The Drew Carey Show, Scrubs) lives next door with her husband Andy (Ian Gomez- The Drew Carey Show) and their newborn son. Ellie's personality is just fantastic and she is absolutely hilarious and fun to watch. Laurie and Ellie have a very amusing budding relationship where they find each other quite annoying but have to learn to tolerate each other for the sake of Jules. Jules also has a son Travis (Dan Byrd- A Cinderella Story) who is going through his senior year in high school with is parents embarrassing him as much as they possibly can in a very fun way. Travis's father which is also Jules's ex husband is Bobby (Brian Van Holt) which is another fun character that is also having to deal with the aftermath of his divorce. Jules and Bobbie throughout Season 1 are trying to find themselves and learning how to be friends with one another. Then we are introduced to Grayson (Josh Hopkins) who is another man who lives on the culdesac with Jules and Ellie. Grayson is also going through a recent divorce and owns a bar and is kinda known to always be bringing home some new young girl every night.

Throughout the first season all the characters are getting to know each other better, are forming new relationships, and are finding themselves after life events such as getting divorced or having a baby. I think my favorite part from this season was watching the relationship form between Jules and Grayson. You can see the tension building between them, you know they like each other, and you just can't wait until they do something about it! I think this is one of the main things that kept making me click "next episode" each time because I just couldn't wait and wanted to see what happens next.

Baba GanushReviewed in the United States on May 27, 2020
2.0 out of 5 stars
Bait and Switch
Verified purchase
I like Courtney Cox but this series started out in one direction then switched gears midway through the first season. I purchased two more seasons hoping they would go back to their original premise but they never did. I was sorely disappointed. I was taken in by the classic bait and switch. It was my fault. I still like Courtney Cox and think she's a pretty good actress but this show... …Nope.
8 people found this helpful

Priya86Reviewed in the United States on December 27, 2011
5.0 out of 5 stars
Cougar Town really grows on you!
Verified purchase
I, like a lot of the other reviewers, was not a huge fan of the first few episodes of Cougar Town. I stuck with it though and at some point it became must see TV. I think it was right around the time they ditched the stupid Courteney Cox as a cougar plot line and started focusing on the crazy exploits of the Cul de Sac Crew. This show is both hilarious and heart felt. It has the ability to bring the viewer in so you feel like you are part of this crazy group each week. The writers reward long time viewers with inside jokes and references that casual viewers might not catch. It is, in my opinion, one of the best comedies out there right now. The characters form a tight group that could be any group of friends of any age. If you liked the comedy of Scrubs then check this show out! If you watch Community (which judging by the ratings you probably don't) then you know these two shows have a mutual affection for one another so if you like Community, I think you'll like Cougar Town. If you like Parks and Rec I think you will LOVE Cougar Town because it has the same mix of eccentric comedy joined with genuine heartfelt love amongst the characters that makes Parks & Rec so loveable. So give Cougar Town a try! Don't be discouraged if the first few episodes are kind of blah, it gets better. Much better!
15 people found this helpful

smith22Reviewed in the United States on July 7, 2013
5.0 out of 5 stars
surprisingly loved it
Verified purchase
When I first heard of this I thought that doesn't even sound good. Then one day a couple diff shows I watch talked about it and how great it was and later there really wasn't anything on tv so I flipped it over and watched an episode and absolutely loved it! It wasn't anything like I thought it would be and there was a marathon going on that day so I watched all day. It took a little while for me to figure out who everyone was because I started in the middle of the second season but even taking that into account it was still so good that I immediately ordered the first season unseen.
3 people found this helpful

Janet BuyersReviewed in the United States on February 9, 2011
5.0 out of 5 stars
The best sitcom in years!
Verified purchase
Cougar Town, despite the unfortunate title, is the best comedy since Everybody Loves Raymond. The cast is incredible. Each character has his or her own ineffable charm. The jokes come out of nowhere. Each episode is worthy of repeat viewing. It's like Friends, except sophisticated and about grown-ups.

This is the first show I have ever purchased on DVD! You really must try it. But, like a few other reviewers suggested, give it several episodes. Its quirky, unexpected, so-fast-you-might-miss-it humor takes a little while to get at first, but once you do it's priceless.

Janet (Humming "Confident in my sexualitay" as I write.)
4 people found this helpful

Xena's ViewReviewed in the United States on August 6, 2014
5.0 out of 5 stars
Great
Verified purchase
Love it. Excellent. The new slightly neurotic middle age friends. All seasons are good. Silly at times, touching at points - but not too much of either. Makes you wish you lived right next to all your friends. Love jelly bean - hidden gem. Not sure why everyone talks about Courtney's plastic surgery she looks fantastic - we're all older now. Can't wait for the last season and hope all of them will stay with comedy.
3 people found this helpful

Liam D EsteppeReviewed in the United States on June 4, 2013
5.0 out of 5 stars
This show so rocks !!
Verified purchase
I came late to this party; but I love it and everyone should! Why is it so hard to have smart funny on TV. Thank goodness it is surviving; but it shouldn't have to try so hard to stay alive. Courtney Cox is a genius producer. Thank you! No laugh tracks!!! Again thank you Courtney!! I hate laugh tracks and I know how brave you gotta be to try going without them on American television. Maybe all shows could remove laugh tracks from the DVD releases. Yeah that's it.
One person found this helpful
See all reviews
Back to top
Get to Know Us
Make Money with Us
Amazon Payment Products
Let Us Help You
EnglishChoose a language for shopping. United StatesChoose a country/region for shopping.
© 1996-2022, Amazon.com, Inc. or its affiliates