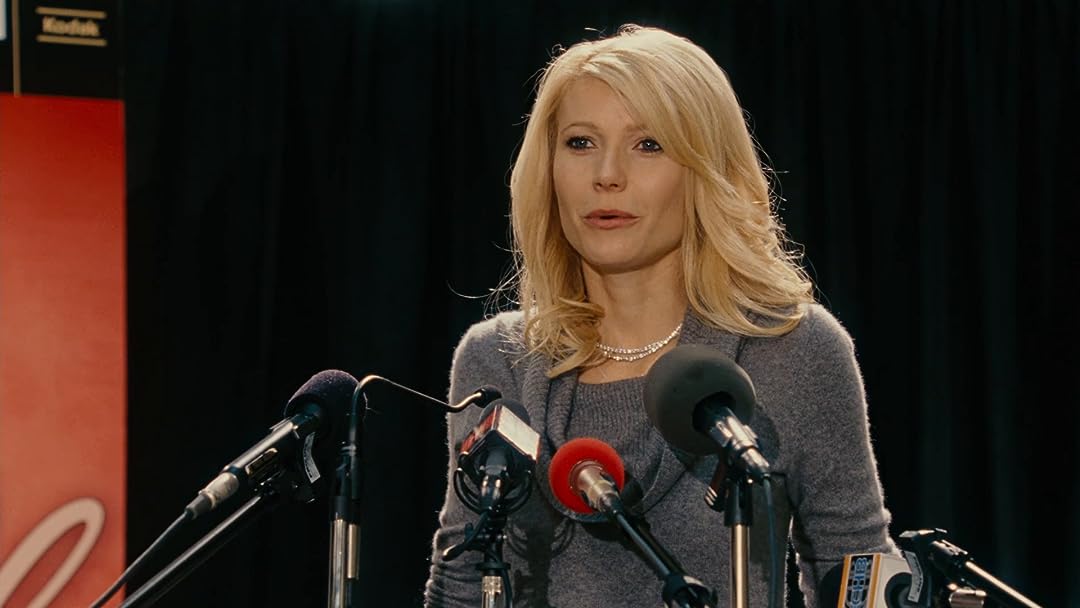 (3,164)
1 h 57 min2011X-RayPG-13
A drama centered on a rising country-music songwriter (Hedlund) who sparks with a fallen star (Paltrow). Together, they mount his ascent and her comeback, which leads to romantic complications involving her husband/manager (McGraw) and a beauty queen-turned-singer (Meester).

JV SmithReviewed in the United States on September 14, 2018
2.0 out of 5 stars
Beware, everything is not as advertised.
Verified purchase
I really liked this movie so I decided to buy it. I specifically bought the Blu-Ray version because one of the items listed as a special feature was the movie soundtrack. The music was the real star of this movie and I enjoyed it more than the movie itself. Garrett Hedlund and Leighton Meester were real surprises and could easily have a real career in country music if they chose to. I was really looking forward to hearing the movie soundtrack by itself. After all, the Blu-ray packaging makes you believe you are going to actually get the soundtrack (apart from the movie). Imagine my disappointment when I click on the "movie soundtrack" in the special features list, and find out that it is only a still frame advertisement for the soundtrack and not the soundtrack itself. I really feel cheated.
9 people found this helpful

Dave J PyeReviewed in the United States on October 17, 2021
3.0 out of 5 stars
Not a true weeper, but still pretty sad...
Verified purchase
Although I have plenty of country music in my vast music collection, this movie didn't really appeal to me because it's basically country pop. I did feel that the movie overall though, was very similar to rock music based films, so if you wish to think of it that way, you may find more enjoyment than I did. The surprising thing to me, it that the only big name star in the film (Gwyneth Paltrow), was the plainest and the most "real" of those acting. She does a good job resembling some of the big name female country stars of today, just not in the looks department (maybe on purpose?). The main theme of the film is very sad, and ends in a surprising way (for me, I didn't see it coming). Since I'm a former musician, and still know people in the business (not super popular stadium bands, normal club bands), I certainly can understand the trials and tribulations that the characters go through, which made it all the more real and sad. A decent pick for emotional types, and you'll probably wanna have some Kleenex handy at times...
One person found this helpful

Kimberly BornitzReviewed in the United States on March 10, 2022
5.0 out of 5 stars
Country Strong Blu-ray starring Gwyneth Paltrow
Verified purchase
Country Strong is a brilliant movie about the lifestyles of the rich and famous and what stars face behind the scenes, even in country music. Gwyneth Paltrow excels in her role as a famous singer just getting out of rehab and going back on tour. Her fans still love her, but the music scene has changed and there are new rivals on the scene. This film features great music, characters you can relate to, and a dramatic ending that will make you cry.
One person found this helpful

Joy of DanceReviewed in the United States on December 29, 2020
3.0 out of 5 stars
Sadly, the best performance was cut-stupid!
Verified purchase
I was looking for something different than the bad Hollywood norms. I had seen a "daily" and partial director's cut of this film years ago and was excited to finally see the entire film. This was clearly a new avenue for Paltrow who did an admirable job but I found her weak and frankly boring. The best and grittiest performance of the film was from Cinda McCain, who portrayed a no-holes-barred Mom of "Beau" the handsome rising star. The kind of insightful, raw-never want to piss her off and meet her in a dark alley intensity we never got from anyone else in the film. Her storyline was a driving force for her Son, played well by Hedlund but the best of it was cut out of the film. McCain's driving performance was the only character I believed other than Garrett Hedlund as Beau. A shame and huge mistake to delete such a powerhouse and award-worthy performance and important scene to the story.

J. S. WillisReviewed in the United States on October 11, 2013
5.0 out of 5 stars
I love this movie - and I'm not even a country music fan!!
Verified purchase
I remember that I ruled out having any interest in seeing this movie when I saw the trailer in the theaters, as I'm not a country music fan. However, I just happened to run across it when it came on one of our premium movie channels, and I decided to give it a shot. First off, I'll offer that the "country" music in the movie is done - in my opinion - in a style that is at least half-way toward pop music, allowing it to appeal to those who aren't country music fans. From a marketing perspective, this is pure genius - I absolutely love the soundtrack of songs played in the movie (side note: the music in the movie is spread out over TWO sound track CDs, sold separately, and all the songs on those CDs that are NOT in the movie are truly, purely country music). As for the movie, wow - it blew me away - it was entertaining with the music, but has a serious and dark element to it as well.

A few words about the cast. I won't comment on the characters, so as to not give any of the plot away, but I will discuss the actors/actresses. Tim McGraw - it's really hard to not like Tim - he just has a natural charisma about him, no matter what kind of person the character he plays is. Gwyneth Paltrow - the movie's main character - she's tremendously talented, as her many accolades attest to, and SHE SINGS - no voice-overs or lip synching in this movie!!! Leighton Meester - I would consider her the converse of Gwyneth in this movie, in that Gwyneth is a great actress who can sign well, Leighton is a very good singer who can act well. I really like Leighton in this movie; she got to flex her acting skills more in the movie than any other in which I've seen her, especially the ability to show vulnerability in a very convincing way. Garrett Hedlund - in my humble opinion, Garrett stole the show! He can not only act well (also showing genuine vulnerability), he can sing country music as well as anybody out there. (As I watched the movie the first time, I wondered whose voice Garrett was lip synching over, only to learn that he was actually doing the singing himself!) Apart from the solo's in the movie, he and Leighton did a duet of the first half of Garth Brooks' Friends in Low Places, which I really, really like (no disrespect to Garth - he's a legend - but his version is a bit two twangy for me in how he sings it). Unfortunately, this song does not appear on either of the two soundtracks; despite that, this movie is a treasure trove of great songs.

One bit of warning: this is not a glitz at the top of show business, rah rah, feel-good type of movie. It has some really good acting and very good singing/music in it, and the plot moves very well. However, at its core, it is a serious movie that reflects on some of life's greatest joys and most painful realities.

In sum, I loved this movie - one of my all-time favorites. If you get it, I hope you will enjoy it as well!

Two SenseReviewed in the United States on December 5, 2020
5.0 out of 5 stars
Good movie about life
Verified purchase
I feel like country music is like the blues for some people it's got soul, it's not always pretty and this movie shows the ups and downs of fame and being very human. Gwyneth did a great job singing the lead soundtracks and being the "broken' star she was. Seeing her future bleak while trying to get out of depression was very real. And also as her star was getting dimmer she still chose to be a mentor to the upcoming rising stars, albeit flawed in her approach. It's the circle of life ultimately some last and some don't. I loved all the actors cast in this and they did a great job.

Catherine ToddReviewed in the United States on July 3, 2016
5.0 out of 5 stars
Finally, a film with a "happy ending" for some!
Verified purchase
I have watched this movie a number of times, and love it. Gwyneth Paltrow does a bang-up job singing and drinking and drugging her way through the story. I had no idea she could sing like that! I don't think anyone did. And the other actors were terrific, again singing, acting and making you "believe" every single line in the film.

Tim McGraw was perfect as the heavy-handed yet emotional manager / husband and showed so much emotion just in his eyes or his face, without a word being said. It was incredible. And even though the story had some terrible endings, it had a happy ending too. I won't say anything more so as not to give away the storyline, but no wonder I like to see it again and again.
6 people found this helpful

Amazon CustomerReviewed in the United States on February 3, 2019
5.0 out of 5 stars
way better than expected
Verified purchase
When this movie was out in theaters it didn't appeal to me for some reason. I ran across it on a rainy afternoon and decided to watch it because I like Tim McGraw. Garrett Hedlund should become a country singer! I went to look up who was singing his songs in the movie only to be surprised that it was Garrett Hedlund singing. Gweneth Paltrow, Tim McGraw and Garrett Hedlund play their parts very well, in my opinion. The other actress is good as well, I just don't think her character was written as strongly as the other three.
2 people found this helpful
See all reviews
Back to top
Get to Know Us
Make Money with Us
Amazon Payment Products
Let Us Help You
EnglishChoose a language for shopping. United StatesChoose a country/region for shopping.
© 1996-2022, Amazon.com, Inc. or its affiliates