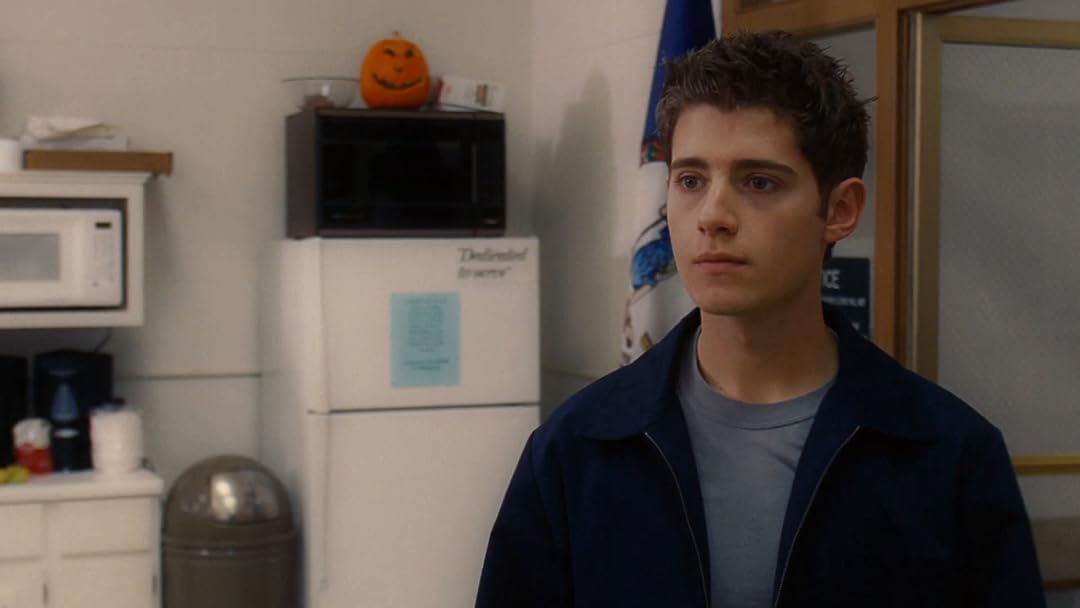 Jessica McClainReviewed in the United States on January 25, 2019
5.0 out of 5 stars
Great movie!
Verified purchase
I am a stickler for horror flicks, and my best friend and I sometimes hang out and watch them together as she is an avid horror fan as well. We both rented this movie (though I had seen it before on TV) some time ago because she has a big crush on Jared Padalecki who plays in the film. Though I do not like his character much in the movie (a snobby teenager) I do like the actor, and his acting in the film was quite good considering this was one of his more earlier roles. The movie itself is entertaining as well, and has an ending that I didn't expect, and I am usually pretty good at calling who the killer is in these types of movies. If you like movies that are similar to "Scream" and "I Know What You Did Last Summer" then I think you might like this one. It's a bit slow paced but builds up a sense of suspense as the film progresses and I personally like that in horror films.
4 people found this helpful

AshReviewed in the United States on July 16, 2017
3.0 out of 5 stars
It's okay...
Verified purchase
As suggested by the stars, it was okay. For me, I found this to be pretty predictable and that made a bit of a difference in my review. However, it wasn't a horrible movie, it kept my attention and played mind games with me. But it definitely did not give me the dread and suspense I look for in a good horror film. It is more of a scream queen film if you are looking for one. I just would not rank it up there with the scream queen kind of films I like. I like to be on the edge of my seat screaming "NOT UP THE STAIRS!" This movie had me sitting comfortably saying, "Saw that coming".
2 people found this helpful

Amber NorellReviewed in the United States on October 7, 2016
5.0 out of 5 stars
Great Find For Scream Queens
Verified purchase
I love the twist in this movie and it has a really fun storyline. There isn't any A-list talent in this film (come on, it is a low budget horror film after all), but the actors play their parts well. Like most horror flicks, it isn't artistic or a breakthrough in modern day cinema so if you are a film snob you might want to sit this one out. But, if you're a scream queen (or king) this makes for a fun, scary Friday night movie. It's not uber graphic or gory so if you like horror movies that still leave a little to the imagination, you will definitely like this one.
5 people found this helpful

Amazon CustomerReviewed in the United States on August 28, 2019
4.0 out of 5 stars
Suspensful, great twist!
Verified purchase
I liked it, for what it is--a teenage horror/ psychological thriller-- movie, it was good! There was a double twist ending! I think it was suspenseful, and a pretty good watch. I would give it a solid 4/5 stars, a solid "B".

DarenReviewed in the United States on December 29, 2005
4.0 out of 5 stars
You Will Be Thinking and Thanking All The Way Through
Verified purchase
I am a horror/slasher movie fanatic. So unless something genuinely original and/or scary comes along, I will just sit and enjoy the same story with different characters. In this genre, rarely is their success with a male lead. He has to be vulnerable to be believable. This movie is a thrill a minute. It is something new, refreshing and entertaining. The ending is a total surprise. Just when you think the credits will be up next, you get a surprise twist that no one would have fugured was coming. The cast is refreshing , with mostly unrecognizable faces.The idea of a practical joke gone awry in this genre is not new, but this version , was fresh, innovative and entertaining. I bought this movie sight-unseen. I have bought slasher movies sight-unseen in the past and was extremely disappointed. Cannot say that with this diamond in the ruff.

Julian Morris was excellent as the male lead. His face exuded that proverbial "lamb in the woods, deer in the headlights" cliche. Like Jamie Lee Curits in the first two "Halloweens", he also exemplified intelligence and determination. He was not the equivalent of the usual "dumb jock" or "bonde ditz", who falls and hurts her ankle, then limps along until the big knife stops her singing career. The fact that he is British added to the emphasis already placed on him as the lead.

You know that you really loved a movie when you hated for it to end and you continue the movie in your head. There are few movies I have felt that way about. This is one. Lindy Booth was excellent:not the sexiest, not the most beautiful, pretty enough to be believably devilish, yet innocent-looking enough to pull off what she did in the movie.

I own many slasher flicks. This is one of the best. The story is not completely new, but you will never know that because of all that is in this movie. The acting is top notch, with moslty unknown actors. One benefit of a movie like this is its believability--Could it happen in real life? This always helps such a movie. The extras on the dvd are entertaining and only make you feel that you got more than your money's worth. Believe me, after watching this movie, you will get more than your money's worth.

As slasher flicks go, this one was so good, that I did not even notice that it was not filled with gore and bringing outside the characters insideds, if you know what I mean. Too many movies in this genre make the mistake of thinking brains on the floor or intestine on the walls is a substitute for a storyline. It is not. Having not picked up on this point, until I read someone else's review, made me realize all the more how good this movie is. This was not just a slasher flick. It was a mystery wrapped around a slasher flick. You actuall had to think during the movie, as opposed to just sitting and enjoying a bunch of young white partyers, drug users, horny partying teens getting slashed, sliced and falayed. So, while this movie did make me think, it did not do so capriciously, to the point that the thinking overrode the entertaining.

I understand that this is the director's first major motion picture. In a genre that is hard to stand out, this director did.

So good it deserves a sequel.

CinderellaReviewed in the United States on May 10, 2012
4.0 out of 5 stars
great teen movie
Verified purchase
I really enjoyed this movie, I thought it was a good movie for teens. But I think even adults would enjoy this movie. I really liked the twists in the movie. The movie went in an interesting way that was a little unexpected, however it was a little bit expected as well. But I did enjoy the story line, however I did feel that the character's were very much predictable teens that seemed almost cookie cutter. We have seen these types of characters before in other teen slasher movies. However, the movie with it's "slasher" dynamic's was believeable. The fact that a teen girl can get that invovled to push her to do outragious things is very believable. All in all, it's a fun movie. I remember playing the wolf game (they played in the church) at camp. I did feel that the movie depicted the game as being this taboo game that the teens in the movie may have taken too seriously. When actually playing the game in real life is just fun and a good way of getting to know each other.
3 people found this helpful

LindaReviewed in the United States on October 8, 2014
4.0 out of 5 stars
Good Acting, Good Plot, Some Great Thrills!
Verified purchase
As someone who attended a private boarding high school, I can identify with the need to make things more exciting on campus which is exactly what these students attempt to do until things get way out of control. I found the characters more endearing than I do with most horror movies - you start to like all of them, and then you hate them, and then you like some of them again. I also did actually jump at a few parts. The plot is plausible which I also enjoyed - not overly acted or dramatized. I recommend for individuals who liked movies like The Midnight Game.
2 people found this helpful

karenReviewed in the United States on May 11, 2020
5.0 out of 5 stars
Crywolf
Verified purchase
This movie was suspenseful loved it plus I added it to my Bonjovi collection
See all reviews
Back to top
Get to Know Us
Make Money with Us
Amazon Payment Products
Let Us Help You
EnglishChoose a language for shopping. United StatesChoose a country/region for shopping.
© 1996-2021, Amazon.com, Inc. or its affiliates