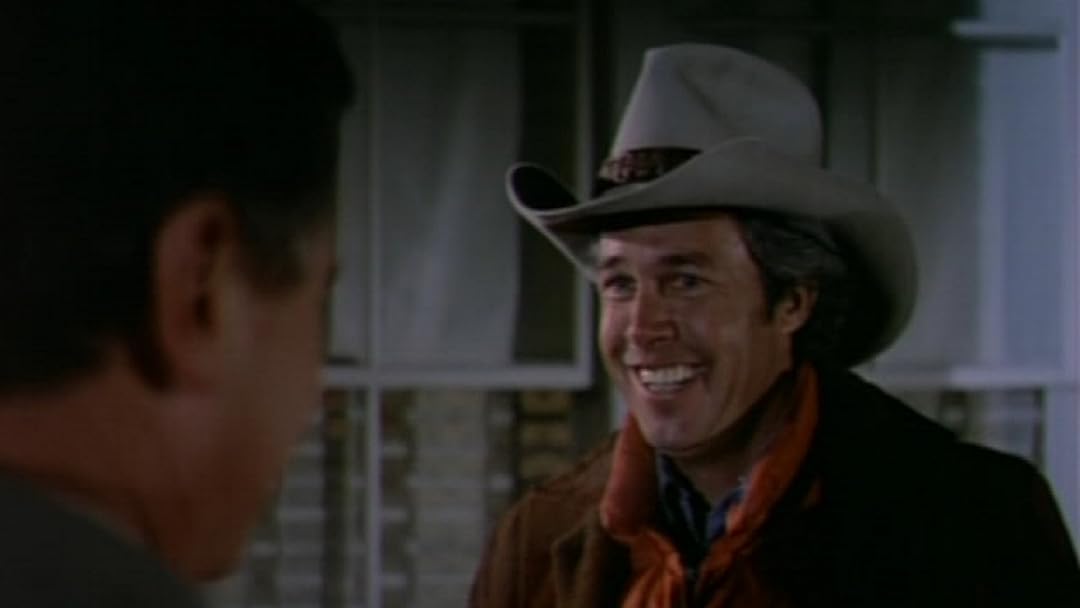 (859)
7.11979X-RayNR
In the show’s first and second season episodes, Patrick Duffy, Victoria Principal and more play the Texas sons and daughters whose lives are soaked with oil, family and power. Larry Hagman embodies the infamous oil magnate J.R. Ewing, whose pursuit of wealth, influence and infamy would know no bounds.

M. MumfordReviewed in the United States on December 11, 2016
1.0 out of 5 stars
Beware! digital version does not include first season
Verified purchase
The streaming version did not contain the first season. Shame on you Amazon and shame on me for taking nearly a year to realize it. The download is only the second season.

The show is indeed worthy of 4 to 5 stars but I paid for two seasons and did not get what I paid for.

MarshaelReviewed in the United States on January 24, 2017
5.0 out of 5 stars
You Can Go Back In Time - One Of the Greatest
Verified purchase
They say you cannot go back in time but I am really enjoying watching these episodes of Dallas. Dallas was and still is my favorite television series of all time. I was totally obsessed with this show and devastated when it went off the air. The original Dallas is one of the greatest shows in television History. I have never gotten into another television series since Dallas went off the air. I still watch certain shows on television but nothing compares to Dallas.
21 people found this helpful

tomsneathReviewed in the United States on November 27, 2020
1.0 out of 5 stars
$$$$$ You pay, commercials play.
Verified purchase
This is NOT an inexpensive series to purchase. But, Amazon feels that for what you pay, it's not enough to watch commercial free. Seriously, 3 minutes of commercials on a video YOU have purchased and OWN. Bezos flexing his multi billion monopoly. Don't like it? Good luck finding this series elsewhere.
4 people found this helpful

chris strongReviewed in the United States on September 14, 2020
1.0 out of 5 stars
missing 3 key episodes
Verified purchase
i was so finally to purchase and sit down to watch dallas seasons 1-2 or 1-3. i was watching and going from episode 1 to the end of the season. but. im so upset and so disappinted. when i flipped a disk from this seasons and dvd package. i wasnt able to view, play, watch 3 key episodes. my dvd player kept saying check the disk. i did so many things from cleaning the disk or rebooting the dvd player. and still it kept saying check disk. i was in the heart of these seasons. when this occured. i had to ski[ past those 3 key episodes from this dvd collection. just wasnt the same after i skipped past the 3 episodes i wasnt able to view. so mad angry upset disappinted. i paid for the COMPLETE SEASONS. but only got partial. not totally complete.
4 people found this helpful

Roger C.Reviewed in the United States on November 1, 2020
4.0 out of 5 stars
J.R. Ewing is definitely Lucifer’s Brother!
Verified purchase
Never watched the original series when it was the hot topic of the office water cooler back in the 70’s and 80’s. Wife never watched either. Decided we ought to find out what all the hubbub was about 40 years ago. Not a bad TV series and wife likes it more because it’s more like a cliffhanger soap opera. Characters are well played by the actors. Being from the Dallas Metroplex, I recognize the local landscape and downtown buildings of the day. It really irritates me when the show substitutes Southern California landscape backgrounds as Texas! I was born and raised in California and know immediately it’s not Texas! Storyline is still good!
One person found this helpful

Jim CarterReviewed in the United States on September 8, 2016
1.0 out of 5 stars
Horrible Presentation Ruins Quality Television!
Verified purchase
I haven't made it through season 1 yet and I've already found two episodes with distortion/defects. It's reminiscent of watching satellite TV during a thunderstorm. Additionally; the discs aren't labeled, so don't get them mixed up. At the moment I'm struggling through a distorted episode that features an actress other than the one pictured on the menu screen that opens the disc! Colleen Camp was the original Kristin, not Mary Crosby.
7 people found this helpful

Antoine D. ReidReviewed in the United States on July 24, 2005
5.0 out of 5 stars
The First good Soap
Verified purchase
I was born in the '80s, never really got into shows like this until a few years ago. I've always thought "Dallas" to be one of those adult shows that wouldn't appeal to someone younger like me. Yet, after seeing this first box set, I'm impressed by "Dallas" and see why it stood out during it's run.

The first season was well written and well put together. I don't see any point, like some reviewers, in basically spoiling what Dallas is and what will happen to some of these characters, but I think as season 2 went on, the series really picked up. So much happened in these first two seasons that it's hard to imagine what else COULD happen with these characters. J.R. definately stands out as the guy you just can't stand but who really keeps the series together. Linda Gray as Sue Ellen, J.R.'s loving but desperate housewife, truly is the definition of "must see t.v."

What else is good about the first two seasons? All of the characters have their moment. Even Lucy gets her fair share of the spotlight as one of the younger characters. Miss Ellie, the mother and wife of the patriarch, Jock, is interesting to watch as well. It's entertaining to watch all of these characters interact with one another, and how no story-line really goes without being brought up later in the series. Great continuity, which makes this a really strong show and makes the stories even stronger.

Tina Louise, Kate Mulgrew and probably a few more actors appear in these first two seasons, the true mark of a soap opera with relevance. There were no moments when things really got out of hand or when the plot jumped the shark. It starts out rather slow and a bit dull but as the realization came that this show was going to be around for a while, you can tell because the writing got better. It never wasted a moment or opportunity, really getting in there and taking chances with the plot and the characters.

Like it's spin-off "Knots Landing" and ABC's "Dynasty," this show is a must-see. It's television history in the making, grappling with big issues (including homosexuality) and going places that most shows during that time didn't feel safe going into. If you like quality drama, witty writing, and soap-opera moments, this is for you. Into "Desperate Housewives"? Again, you'd probably like this because the women of "Dallas" definately were desperate in their own ways and had some real great moments on screen. Buy it, you won't regret it.
6 people found this helpful
See all reviews
Back to top
Get to Know Us
Make Money with Us
Amazon Payment Products
Let Us Help You
EnglishChoose a language for shopping. United StatesChoose a country/region for shopping.
© 1996-2022, Amazon.com, Inc. or its affiliates