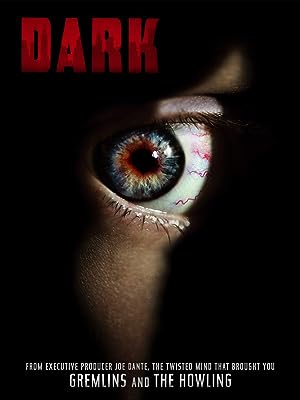 (21)
3.51 h 33 min201518+
Trapped and alone in New York City during the 2003 blackout, a single woman must confront her deepest fears to survive the night. As the city teeters on the brink of chaos, she finds herself more and more disturbed.

DavisReviewed in the United States on May 2, 2021
1.0 out of 5 stars
Slow
Verified purchase
Would be more interesting to watch paint dry.

RedfieldCVXReviewed in the United States on June 13, 2016
3.0 out of 5 stars
Excellent acting, flat script
Verified purchase
Whitney able is just top notch in this. The film is acted very well by everyone. It's just marketed as horror when it really is just a psychological drama. Nothing really happens and the ending is so ubrupt it feels lazy. I'm all for ambiguity but this pushed it. I don't regret seeing it, but it could have pushed the envelope so much further. It almost played it too safe. I would wait for netflix or prime. Again wonderful, oscar performance by whitney able. Just a flat boring film with no pay off.
2 people found this helpful

BabyJuneReviewed in the United States on June 12, 2016
5.0 out of 5 stars
Instense character study set during the 2003 blackout
Verified purchase
Fantastic performance by Whitney Able! A highly intense and unique film. Great direction, cinematography and soundtrack. Arthouse horror in the vein of "Repulsion". Refreshingly different spin on the single character going psycho in their apartment, thriller sub-genre.
2 people found this helpful

De OrleansReviewed in the United States on June 12, 2016
1.0 out of 5 stars
One Star
Verified purchase
Trailer better than this SNOOZER OF A FILM!! Don't bother!
3 people found this helpful

The Movie GuyReviewed in the United States on April 5, 2016
2.0 out of 5 stars
I CAN MAKE MY OWN BAD DECISIONS
Kate Naylor (Whitney Able) lives with her loving girlfriend (Alex Breckenridge) in NYC. It is clear Kate has all kind of issues and may be unstable. When NYC goes dark during the 2003 blackout, our authors spring into action and use this as symbolism as emotionally and mentally, Kate is in a dark place. Get it. It would be soooo Indie clever if it hadn't been done a gazillon times before.

What we don't find out is Kate's real issues as she describes her life's problem in the abstract. We hear her say these clever Indie lines like, "I tried to be different" and my all time favorite, worth Indie extra bonus credit "I'm the real me." We have a long drawn out boring scene, not to be confused with the rest of the film outside of the opening lesbian sex scene, where our yoga instructor is smoking a cigarette while talking to a guy who may or may not be there. Here she is saying lines that don't match up with her lips, i.e. she has a cigarette in her mouth while we hear her speaking. That is fine, but I don't know is this by design, i.e. a clue that the guy is not there and she is crazy, or is this some bad over dubbing because they decided to write in some lines post production.

If you like watching people buy paper towels and crazy people talking to themselves but not really saying anything, then this film is for you. I couldn't get past someone creating another artsy film and just going through the motions they learned the first day of film school.

JAMReviewed in the United States on April 25, 2019
4.0 out of 5 stars
Good Movie
Really loved the movie Monsters that also has Whitney Able as a lead so gave this a try when I saw she was in it. Slow paced but I don't mind that style. Had some really good scenes in it as well. Really wish Whitney Able was in more films. Would love to see a Monster 2 with her and Scoot as mains again.
One person found this helpful

santayReviewed in the United States on February 4, 2019
1.0 out of 5 stars
Zzzzzzzz
Superb acting can't save this dog. One comment says it is getting more popular; if that's true then people are getting dumber.
2 people found this helpful