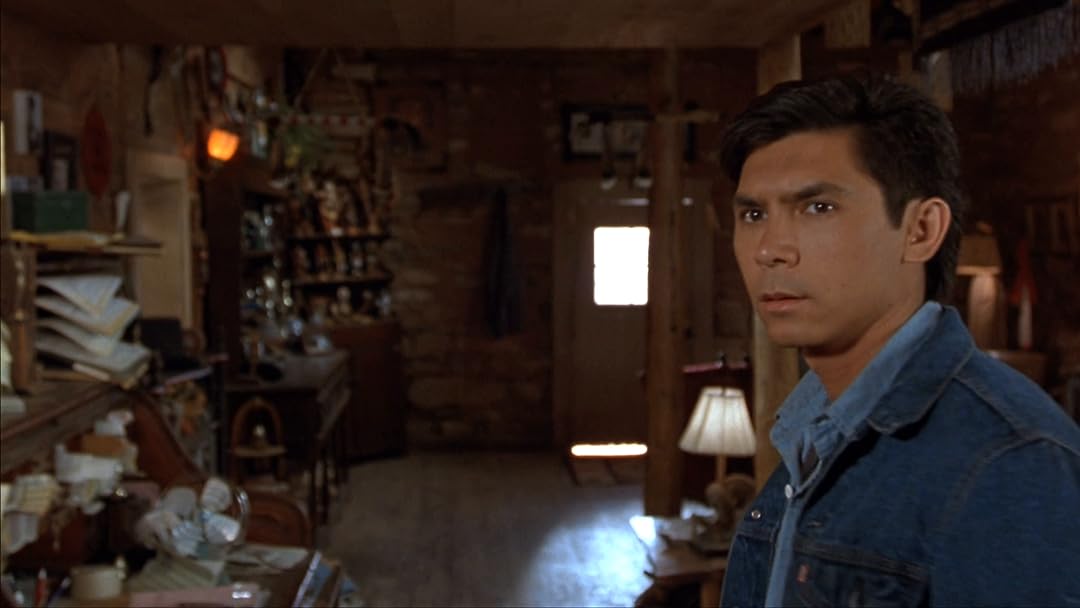 Kitty KatReviewed in the United States on February 18, 2017
2.0 out of 5 stars
I was very disappointed in this movie
Verified purchase
I was very disappointed in this movie. Post production was clearly lacking. I counted at least 7 times where the microphone was clearly visible in the scene. In two or three other scenes you could see a dark bar, as if something was being intentionally blocked out. The script did not flow and dialogue was hard to understand in parts (maybe the microphone needed to be closer and more visible :)... Overall, I would not waste my money on this movie, buy the book instead. It is much better. I will say the other three Hillerman movies are very good. The actors do a much better job of staying true to the characters in the novels. Not so with this movie...
17 people found this helpful

Antonius TioReviewed in the United States on May 26, 2018
3.0 out of 5 stars
No captions. note says that the dvd has them. SEE COMMENT BELOW
Verified purchase
It would be nice to see and HEAR this alternative to the PBS series. Despite what I thought was a blasted lie in the Amazon description and a clear red box of text on the case, I find no no captions. My research on "cc" notation reveals a technology tangle with HMDI, RCA, and other input cords, plus incompatible improvements over the years.
Most of the explanation I have been able to find says it is just impossible for most average folks to understand. T V and computer sound inputs simply vary too much. So, we are sold out again.
5 people found this helpful

R PhillipsReviewed in the United States on October 25, 2021
4.0 out of 5 stars
Well done adaptation of Tony Hillerman's novel of the same name
Verified purchase
I have been reading the Tony Hillerman novels for some time and this was the first time I was able to see the characters brought to life.
I have always liked Lou Diamond Phillips as an actor and he did not disappoint here. His narration simply made the film work as well as it did.
I recommend this film to everyone and especially those who have an interest in Native culture, particularly Dine (Navajo) culture.
Cheers!

P. PenwoodReviewed in the United States on March 11, 2014
3.0 out of 5 stars
Faithful to story, short on Acting ability
Verified purchase
Hillerman is a wonderful writer who can interweave the beauty of the southwest, the cultures of the Native Americans living there and a good mystery, Too bad this film did not do that talent justice by using all of the considerable acting abilities of Lou Diamond Phillips. This is an OK film that could have been really good if the director, actors and writers had put any real effort into it. As it is, it does give the story a fair telling, and the beauty of the southwest landscape is evident. However, everyone acts like this a high school production being done for the parents instead of a film being made to present to the public. It is still a good story, and does entertain especially if you don't mind films that are not done to their best.
12 people found this helpful

Jay AnthonyReviewed in the United States on August 14, 2021
4.0 out of 5 stars
Hell yeah
Verified purchase
Every Hillerman book should be made into a movie. Shame the studio s**tcanned this movie even before it was done. LDP is always great (who was the best in this role? They were both great tbh) but their rendition of Leaphorn was horrendous. Anyways, I do love me a Navajo murder mystery, as any sane person should.

lvwhodunitsReviewed in the United States on March 7, 2021
5.0 out of 5 stars
Great books, great movie
Verified purchase
I have never seen this movie, but I love the books about Native Americans and their religion/philosophy and I really enjoy the actors, especially Lou Diamond Phillips. I am looking forward to watching this. Thanks
See all reviews
Back to top
Get to Know Us
Make Money with Us
Amazon Payment Products
Let Us Help You
EnglishChoose a language for shopping. United StatesChoose a country/region for shopping.
© 1996-2022, Amazon.com, Inc. or its affiliates