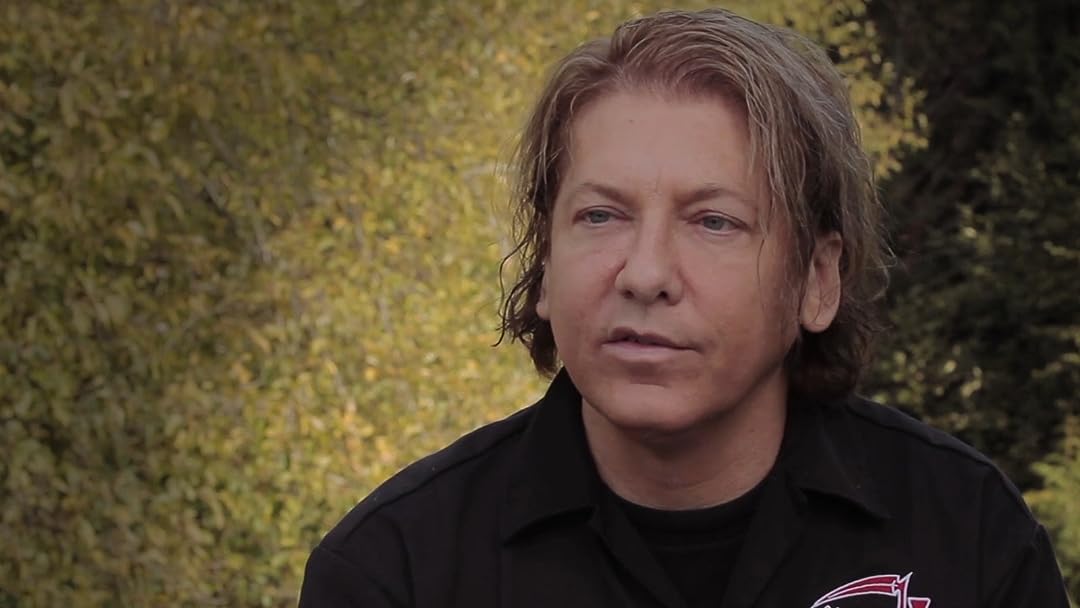 (303)
1 h 47 min2018NR
DEATH's burning speed and ferocity was only matched by Chuck's unbending determination to bash out the most boundary-crushing interpretation of Heavy Metal.

Jonathan DaleReviewed in the United States on July 7, 2018
4.0 out of 5 stars
Good but could have been great
Verified purchase
This is very hard to review. It contains lots of information that I already know but it is very cool to see and hear things directly from the previous members.
I didn't know about the cancelled tours or the tour shows that Chuck didn't do in Europe.

It is nice seeing his family and friends and bandmates talk freely about good and bad times.

Chris Reifert is probably the most interesting.

Overall I probably would score it a 3 because the quality is pretty poor honestly. DVD just looks not good. If I wasn't a fan for 20 years it probably would be more interesting.

The special features in many parts are just parts of the main doc. They do elaborate a little more but not much.

Still no answers on the second Control Denied album but more details about why it hasn't happened yet.

I'm glad I have it but it should have been in HD and a little deeper.

Dharma108Reviewed in the United States on July 27, 2020
2.0 out of 5 stars
Just because subject matter is cool doesn't mean you know how to make a good documentary
Verified purchase
First off I am a huge Death fan and think Chuck Schuldiner's contribution to Metal is huge. I also think there is likely interesting subject matter about Chuck, how he was multifaceted, evolving creatively maybe it sounds like he was a perfectionist challenging person? I am all in on Death, Chuck and seems like there is plenty to cover. That being said this was a horrible piece of film-making. I got 30 minutes into it and had to turn it off. To give an example, I was watching with my partner who doesn't know who Chuck is. The documentary starts with zero context, doesn't mention who Chuck is, name Chuck or the fact that this is a documentary about Death and the life of Chuck Schuldiner. The only way she knew that was because I understand what the documentary is about and had to explain that to her. "And by the way all of the people being interviewed are former members because he had such frequent lineup changes." There is no intro about who Chuck was, how he grew up, what influenced him? Why guitar? Why metal? It drops you into the middle of the story and you get interviews with the many band members he had with no context of who they are when they joined and the specifics of the break off with each members. They talk about how the first European tour stopped, but no one really says anything about it. If you didn't know who or what this documentary was about you would be totally lost. That right there displays the fact that this is a shitty production. The audio is horrible with some of the interviews. I did eventually watch the rest of the documentary which kind of picks up a flow and addresses some of Chuck's complexity. The beginning just drops you right in the middle of nowhere. Death is great, Chuck was great, but that doesn't mean this was put into an interesting or well done documentary. This was literally one of the worst documentaries I have seen as far as intros.
5 people found this helpful

Grindhead JimReviewed in the United States on June 25, 2020
3.0 out of 5 stars
Well put together, but with three GLARING omissions.
Verified purchase
*Not even so much of a passing mention of Kam Lee's involvement in Mantas, let alone an interview.
*No acknowledgement of Scott Clendenin's original bass work on Control Denied or his death in 2015.
*Tim Aymar, Control Denied vocalist, is completely omitted from the documentary. This one stung the most for me, as I am a personal friend of his (I say this in the interests of disclosure, not a name drop).

The runtime of the main documentary is relatively short, so I don't think that is a factor in the above problems. I point to Eric Grief as the most likely obstacle, but that is purely speculative.

If you can look past these issues, the rest of the documentary is very well constructed and edited. As someone who fancies himself a death metal historian, and having met most of the people involved in the band at one point or another (including Chuck himself), I learned a few great pieces of trivia from this.

Despite its flaws, I find that it is a must-watch for any fan of the man, the band, or the genre. It's just a shame it's not complete.
3 people found this helpful

LowryReviewed in the United States on August 23, 2018
5.0 out of 5 stars
I enjoyed this
Verified purchase
I didn't know much about the history of Death or very much about Chuck himself. I thought this was well done and gave a pretty good accounting of the band and it's history. I was a little uncomfortable seeing some of the negative stuff, but there always seems to be a background story in every band that isn't what you might expect. I was surprised at how many different people played with Death over the years. If you want to learn more about the band and Chuck, I recommend this. Glad I bought it.
11 people found this helpful

DeathStormReviewed in the United States on August 27, 2018
4.0 out of 5 stars
Fine documentary about a great musician
Verified purchase
Overall this is a very good documentary about one of my favorite musicians. If you want to hear about the real Chuck (how difficult he could be, how he hated the scene later in his career) then you’ll enjoy this. It isn’t all rainbows and happiness just because he is gone; it’s truth. And I admire that. The stories are great. If I had any criticism it would be the inclusion of Glenn and Shawn Drover. They really had no connection to Death or the Florida death metal scene. Neither of them really came off as being critical to this documentary. There is a lack of music focus as well but it’s about Chuck, not the band so I get it. The 1991 concert alone is worth the cost. This is a necessary addition to any Death collection.
7 people found this helpful

Shadow GaugeReviewed in the United States on August 3, 2021
5.0 out of 5 stars
Death was one of the greatest Metal bands of all time!!!
Verified purchase
Symbolic is still one of my all time favorite albums and I still listen to it a couple times a year, and I make Bass House. And Death has very much influenced my music, I often pay homage to the "machine gun kick" as it was worded on the cassette sleeve . This documentary was very emotional too, Chuck's love of music was real and I feel came out in his need to keep innovating, not only his own sound, but the sound that spawned an entire genre. DEATH IS METAL'S G.O.A.T.!!!!! Though Merciful Fate is a close 2nd....

Jonathan MullinsReviewed in the United States on July 14, 2018
5.0 out of 5 stars
The Legacy of Chuck Schuldiner and Death Lives On
Verified purchase
Mike Washburn,Documentary is pretty good touches on origins of the band all the albums the transition from Mantas, Massacre to Death and Control Denied hints at the possible release of the second Control Denied album one-day as 5 songs are tracked and syched with original drum parts and Chucks guitar's. Real gems are bonus features like the tribute to the metal Mutha Jane Schuldiner ,When man and Machine Collide , Lack of Comprehension Video Shoot Behind the Scenes, Brief History of the Origin of The Tampa Scene, Origins of Autopsy and Sadus, Origins of Obituary and the real Gem over an HR long concert Live at Eagles Ballroom -Milwaukie, Wi Nov 30th 1991 the Legacy of Chuck lives on 🤘
4 people found this helpful

MorgothReviewed in the United States on March 18, 2020
3.0 out of 5 stars
Good, could have been great
Verified purchase
The content is really good in terms of people who were there at all phases discussing Chuck, the scene and his music. That part gets a 4. However, when making a movie you need a coherent story or arc to follow and this didn't have any underlying points other than Chuck was really good and died too soon. No bigger context was really attempted other than he influenced others in the scene.

The other star I subtracted was due to the abrupt ending of the film. The 2nd control denied album has been a subject of myth and controversy for over a decade. To not include this part is just wrong and it also glosses over the potential negative light it might shine on some folks close to Chuck.

I loved Death and Chuck's music. When he was sick they sold his record collection on eBay to raise money for him and I purchased Bolt Thrower's Mercenary vinyl to help support him and will always look at that vinyl with sadness.

I think a stronger documentary could have been done but in the end if this is all we get its good enough to at least expose him and his music to other generations so for that its a 3.
See all reviews
Back to top
Get to Know Us
Make Money with Us
Amazon Payment Products
Let Us Help You
EnglishChoose a language for shopping. United StatesChoose a country/region for shopping.
© 1996-2022, Amazon.com, Inc. or its affiliates