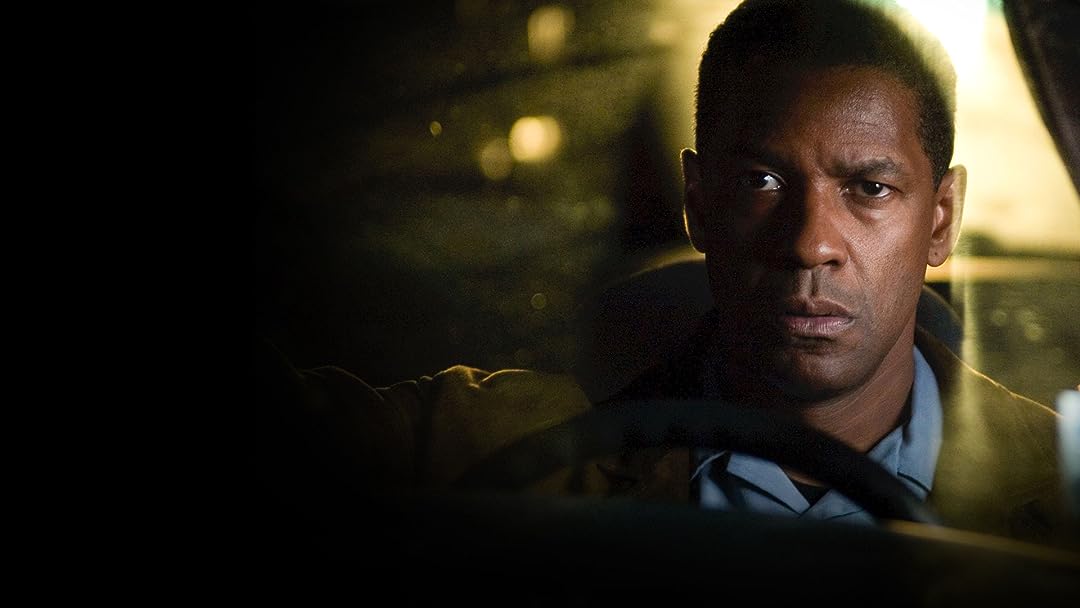 (5,205)
2 h 5 min2006X-RayPG-13
After a ferry is bombed in New Orleans, an ATF agent joins a unique investigation using experimental surveillance technology to find the bomber - but finds himself becoming obsessed with one of the victims. Denzel Washington stars.

Mr. FloaterReviewed in the United States on December 29, 2020
2.0 out of 5 stars
Good action and plot, but sickening political undertones
Verified purchase
This movie stereotypes patriots as radical terrorists, and ATF agents as heroes. While the sci-fi premise is interesting and well written, that doesn't make up for the political undertones. Hollywood is filled with leftists who love big government and hate conservatives. Those undertones made this movie difficult to watch for me, but if you hate gun owners and conservatives then you'll be likely to enjoy the movie more than I did.
58 people found this helpful

joel wingReviewed in the United States on June 15, 2020
4.0 out of 5 stars
Investigating a bombing by looking back in time
Verified purchase
A passenger ferry full of people blows up in New Orleans. Alcohol, Tobacco, Firearms and Explosives Agent Douglas Carlin (Denzel Washington) investigates with the help of a special FBI team led by Agent Paul Pryzawarra (Val Kilmer). The FBI has new technology that allows it to see what happened in the past. Carlin pushes it to sending him back in time to look into a woman named Claire (Paula Patton) who he thinks is the answer to everything.

Déjà vu turned out to be different from your run of the mill police procedural story. It starts off traditionally with the team going through a lot of video looking for evidence. Then it adds new elements like Carlin using a mobile camera to go out into the field and look at the past. Of course going back into the past made this a sci-fi type story in the second half. On top of all that there’s chases, gun play and action. It all proved very entertaining.
C

birdwatcherReviewed in the United States on March 12, 2020
2.0 out of 5 stars
Perfect Mediocrity
Verified purchase
The only good parts were the few crashes and explosions.
It's overly long. They spend too much time on the shower scene - bare butt and one breast - for nothing more than to please the Neanderthal why won't watch without a skin show.
A good agent doesn't get personally involved with someone who is part of an active case. The story is often hard to follow. And then once you know how it works you find that you really don't care.
It has zero rewatch appeal. Denzel plays his part well. But the movie still stinks.
21 people found this helpful

rotrohaReviewed in the United States on December 25, 2020
1.0 out of 5 stars
Science Fiction Nonsense
Verified purchase
There is virtually no description for what this movie is about. The genres listed include only "Action" and "Suspense." They forgot to add, or maybe they did it on purpose, the genre of "Science Fiction," which I abhor. If you are like me and cannot tolerate plots about things that are impossibilities (e.g. time travel), then don't waste your time on this stinker. The whole movie is science fiction and that's why I cannot understand why they didn't include that in either the description or list of genres. I wouldn't have chosen to watch this movie if they had. Denzel Washington should be ashamed of himself. He must have been desperate to lower himself to act in a movie like this.
13 people found this helpful

ProfessorReviewed in the United States on September 26, 2019
3.0 out of 5 stars
Could have been better directed (spoiler alert)
Verified purchase
Most of the gripes about this film are about the implausibility of the time travel, holes in the plot, contradictions, and the "impossible" ending.

I really didn't mind most of that. I put it aside for the sake of the story. Although I must admit, the ending will leave you scratching your head.

Denzel Washington is his usual solid self. The guy can make any bad movie better.

My biggest gripe is the director's approach to filming. Scenes flash by so fast and there is so much blurred and jerky camera work, it's just unnerving. I guess the idea is to keep you hyped up, but it gets old. Director Tony Scott is best known for largely mindless action films with lots of explosions, car crashes, etc. I think a better director could have made this film more thought-provoking with less emphasis on showy camera work.

Deva Vu is not totally bad; neither is it great, but it is entertaining. But that ending.....! If Denzel is killed in the past, how can he be alive in the future? I've read explanations, none of which really made sense. The ending apparently borrows from Jorge Luis Borges' short story "Garden of the Forking Paths,' or at least that's my guess. It's worth reading, and it's a lot better than this movie.

Worth a watch if you're in a particular mood for something frantic.
12 people found this helpful

☆La~La☆Reviewed in the United States on August 23, 2020
4.0 out of 5 stars
New Orleans, Crime, Thriller, Drama, All within a Romantic/"What If" movie
Verified purchase
For me it was an excellent movie I would give it 4 and a 1/2 stars but this only gives you The Choice of one or the other between 4 and 5. It's got a little bit of everything dramatic but not sticky suspense and crime and thriller with out to much blood and glory I love story but completely understated but that's the underlying motivation which keeps it tantalizing for male and female viewers and if you have any belief in there is more than meets the eye to a lot of things in life that are beyond explanation and you don't live in your head you're probly enjoy this movie very much
10 people found this helpful

Grace MarkReviewed in the United States on May 31, 2016
5.0 out of 5 stars
Loved this movie
Verified purchase
I loved this movie. And if it had ended any other way, I would not have been happy. Loved the ending. One reviewer said the ending didn't make sense, but in time-travel genres, it makes perfect sense--it took care of the "contradiction" he would have been otherwise. I never ever write reviews. But I loved this movie so much and was so surprised that I couldn't help but write one.
49 people found this helpful
See all reviews
Back to top
Get to Know Us
Make Money with Us
Amazon Payment Products
Let Us Help You
EnglishChoose a language for shopping. United StatesChoose a country/region for shopping.
© 1996-2022, Amazon.com, Inc. or its affiliates