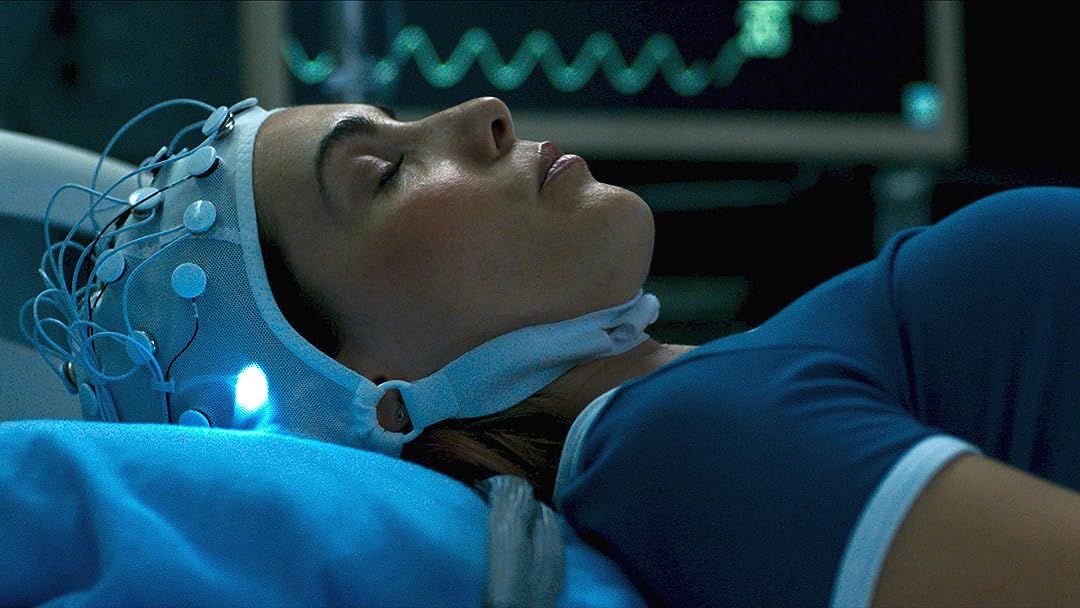 (645)
4.21 h 44 min2021X-RayR
From the director of DISTRICT 9 and ELYSIUM, a young woman unleashes terrifying demons when supernatural forces at the root of a decades old rift between mother and daughter are revealed.

Adam BaehrReviewed in the United States on August 22, 2021
2.0 out of 5 stars
Re-watch District 9.
Verified purchase
I'll make this short. Horror is my life; whether it’s movies, shows, games or books. Horror is my niche. A 4 is generous which sucks Bc I loved District 9, Elysium and Chappie. Where to start. The main protagonist was utterly trash and annoying. The cinematography was actually cool with the whole VR portrayal. The action was limited. One minor scare. The biggest thing which could have brought it to a 7 for me was the fact that he didn't include what could have constituted a wicked action scene with a Vatican Spec Op Unit; either a lack of budget or time, but regardless it will hurt reviews given time. A Redbox rental at best.
10 people found this helpful

John's Horror CornerReviewed in the United States on August 29, 2021
3.0 out of 5 stars
Neill Blomkamp’s new VR-based horror is exactly that—all virtual, no soul.
Verified purchase
Not to be confused with the James Wan-produced Demonic (2015), which was also a big miss with a major name in horror attached to it. This film is one of the least interesting virtual reality-based horror movies I’ve seen even though it was made by a generally riveting visionary filmmaker. I don’t know what happened here.

I realize it’s been a while since his last feature film, although he’s kept busy with edgy, gory, heavily stylized Sci-Horror short films lately. So what stands out to me most in the first 50 minutes of this movie is how it specifically does not feel like it was directed or written by Neill Blomkamp (Elysium, Zygote, Chappie). This feels more mainstream; more generic, even if well-produced. And that’s a shame.

Years after her mother’s incarceration, Carly (Carly Pope; Elysium, Rakka) is approached by medical researcher Michael (Michael J Rogers; Beyond the Black Rainbow) running an experimental program to communicate with comatose patients in a virtual medium—that is, a virtual space in the patient’s mind. It is through these means that Michael wants Carly to contact her mother Angela (Nathalie Boltt; District 9, Doomsday) in virtual reality. And while we don’t know his exact motives, they certainly seem to be deeper than a clinical interest in his patient.

The simulation scenes should feel otherworldly, disarming and unnerving. Whereas here I find they are not very captivating at all—even mundane. Various signs point to something malevolent in the simulation influencing Angela and, eventually, Carly. Given the title of the film, we all know where this is going. A demon. All I can think at this point is, please be nothing like Incarnate (2016). Or more specifically, please be better than Incarnate (2016).

Watching the VR scenes is like watching a modern videogame down to the bird’s eye views of the hero character. It’s a bit stylish, but not enough to impress and it doesn’t lead us anywhere promising. I wanted harrowing. I wanted the reality rug yanked out from under me. But nothing of the sort. This VR simulation into the mind of a demon-haunted, comatose, violent felon was rather… boring. I mean, remember The Cell (2000)? Now that was a scintillating mindscape.

The first “big scare” (in sarcastic air quotes) feels like something from an inferior direct-to-streaming horror movie. The monstrous imagery feels very familiar, uninteresting and, frankly, very played out. Moreover, these troped up horrors aren’t even delivered in any sort of new or different way. The VR mindscape is a poor man’s “The Further” and our demon feels like a second-string Insidious (2011) fiend using a human to cross into our realm.

Oh my, and religious SWAT gear with crosses emblazoned on shoulder pads…? That’s not a good sign. But this movie was already a lost cause. I find not a trace of Neill Blomkamp’s filmmaking DNA in this film. The characters are weak, the premise is “meh”, the effects are not impressive, and nothing about this felt inspired. And THAT is what I normally think of when Neill Blomkamp comes to mind: inspired filmmaking, writing and direction. This movie has no soul.

Bad news. It’s no better than Incarnate (2016). Sigh. What happened here? I once thought that Neill Blomkamp could do no wrong, yet everything here seems wrong (for the caliber I’ve come to expect from him anyway). This may be a passable middle-of-the-road horror movie. But as a big Blomkamp fan, I didn’t care for this at all. Nope.

JD and MistyReviewed in the United States on September 2, 2021
1.0 out of 5 stars
Don't waste your money! Please!
Verified purchase
We don't usually write reviews but I feel like I need to save my fellow mankind some money.
This movie is absolute garbage. Is it a horror movie? An action movie? Who knows?! Because it fails at both! The trailer is misleading so don't expect to see a cool VR horror movie that explores interesting ideas. This was a total waste of time, dollars and movie night with the wife. I wouldn't even have this playing in the background while I clip my toenails. Yes. That's how bad "Demonic" is. They couldn't even come up with a decent name for this janky thing. I WANT A REFUND!

Good day to you.
5 people found this helpful

TheMopeSquadReviewed in the United States on August 21, 2021
1.0 out of 5 stars
Boring
Verified purchase
I don't know what to say expect it was just bad and very boring. There were a few interesting scenes and at one point you think blomkamp is going to go genre-bending mashup of demonic possession and his typical high tech solider/gun-porn but... nope. Don't waste your time.
6 people found this helpful

BoramyReviewed in the United States on August 30, 2021
4.0 out of 5 stars
Really enjoyed this! Love Blomkamp’s work as a Director/writer
Verified purchase
Didn’t really pay much attention to this movie until I saw it was written/directed by Neil Blomkamp. I thoroughly enjoyed District 9 and Elysium, but to see Blomkamp add a horror aspect to the mix was interesting to me. Then I finally the saw the trailer and was intrigued.

Finally watched it on a Saturday night at midnight, and I will say that I had fun. It was refreshing to see the virtual world and the art style of it all, and I just love Blomkamp’s style of shooting/story telling. Definitely not perfect, but we’ll worth a watch and I would recommend scifi/horror buffs to take at least a watch for sure!
One person found this helpful

William WolcottReviewed in the United States on August 22, 2021
2.0 out of 5 stars
I love the brilliant new lines
Verified purchase
"Wait here! I'll be back!"
"I have to do this!"
"I'll just do it myself. "

Larry KingReviewed in the United States on August 24, 2021
3.0 out of 5 stars
21st Century Exorcism
Verified purchase
I was looking forward to the film, thought of a supernatural/sci-fi mashup sounded interesting, and knew it was made during 2020 so that tempered my expectations a bit, and overall I enjoyed the film. There are bits I wish were fleshed out more, but perhaps due to filming restrictions, or budget, weren't elaborated upon. I would've liked more creepy elements, more dread infused in the film, but it plays it a bit safe. There are times where it reminds me of John Carpenter's Vampires as well Prince of Darkness, in ways, I wish it leaned more towards Prince of Darkness, limited cast and location, but great atmosphere, that atmosphere was lacking in the film.
One person found this helpful

NeuhausReviewed in the United States on October 8, 2021
4.0 out of 5 stars
More like a indie version of "The Cell"... kind of
Verified purchase
One of those movies that appears forgettable and tropy on the surface... but here I am a few weeks later still thinking about it.
Its a digestible, in the movie sense.
Nothing about its super original. But the execution overall was rock solid.
And the VR ghostworld, which looked like PS2 graphics, actually seemed pretty plausible for a 1st generation dream-sharing machine.
To be fair, I wouldn't have given the cover, or generic title, a second look if I hadn't know Neil Blomcamp directed
See all reviews
Back to top
Get to Know Us
Make Money with Us
Amazon Payment Products
Let Us Help You
EnglishChoose a language for shopping. United StatesChoose a country/region for shopping.
© 1996-2021, Amazon.com, Inc. or its affiliates