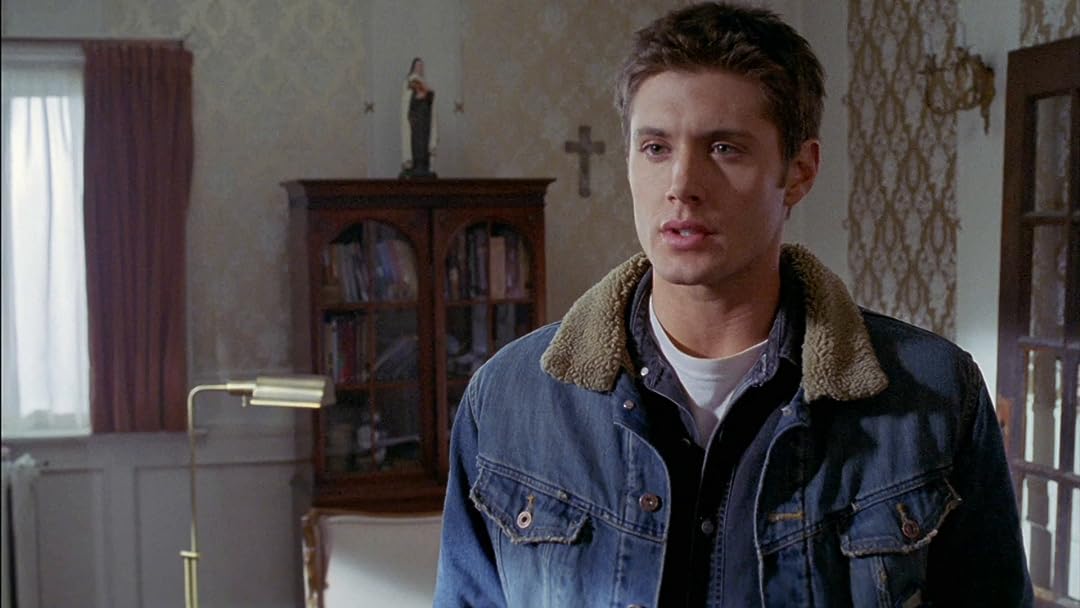 (463)
4.71 h 29 min2005R
A high school teenagers life is changed when a fellow student introduces him to a video game called "The Pathway". He realizes that The Pathway is the cause of the deaths of his friends, he confronts it's creator, a satanist. This encounter reveals the identity of The Beast and puts him in a race against time to end the bloodshed and save his crippled mother.

W. HarperReviewed in the United States on August 22, 2018
1.0 out of 5 stars
It was all a dream...or was it.
Verified purchase
As the title of this review should indicate, they took the incredibly lazy way to end the movie.
We are supposed to wonder if it was the devil that did the murders, or.. has the main character been insane the whole time and done them himself.
'Wake me from this nightmare' is never a good final line for a movie of this sort.
I watched this movie for free on amazon prime. I was over-charged.

Kira S.Reviewed in the United States on July 12, 2019
2.0 out of 5 stars
Only worth it if you're a Jensen Ackles fan...
Verified purchase
...and I'm not. He's okay, but give me Jared Padelecki any day. And in a better movie. They did finally try to explain the whole movie in about the last three and a half minutes of the film. That information should have been leaked out slowly, throughout the film, so when it came to the end those three and a half minutes would have been all that was needed to explain the very last details. Instead there was all the distraction with the visions and the computer game and the head of the computer company and all those unnecessary details. This one definitely needed a rewrite before filming. And seriously, Jensen is pretty but he couldn't act his way out of a paper bag.
2 people found this helpful

Cindy MReviewed in the United States on September 5, 2018
4.0 out of 5 stars
Quite surprised!
Verified purchase
I wasn't sure how much I would like it as my first impression while coming across it in my suggested feed was that it was a "c-type" movie. However, I decided to give it a try being that I was a supernatural fan...I was really surprised!
The movie quickly pulled my interest and was quite entertaining. It reminded me of watching a scary movie when I was in high-school.
I really enjoyed it! Cheesy moments and all. The only part I was really disappointed about was the ending. They had a great story line but the ending seemed so abrupt and unfinished.

ReeReviewed in the United States on July 9, 2019
3.0 out of 5 stars
Oh, come on, it wasn't THAT bad
Verified purchase
If you're not the type of horror fan that's really into all horror...even the cheesiest horror... then you probably won't like this movie. I didn't mind it so much. I got to look at Jensen Ackles for over an hour, and that in itself is entertainment enough. Someone else's review said something about the main character being in a dream... yeah, I didn't get that. He was just a normal guy (or so he thought) who finds out he's "Supernatural" heh
One person found this helpful

Serenity'sReviewed in the United States on September 9, 2018
4.0 out of 5 stars
Was It really all a dream?
Verified purchase
I saw someone's previous review stating that it was all a dream but was it really or is he being punished for not accepting the 'gift' that was being offered. I think it all in the eyes of the person who is watching this movie. I will say that I enjoyed it. I love movies that leave you with a sense of could it have been....
3 people found this helpful

SandeeReviewed in the United States on October 19, 2018
5.0 out of 5 stars
great acting movie rated B+
Verified purchase
Good movie, interesting point of view about demon and demon child. Jensen has not dissappointed me as an actor thus far and this is no exception. Hes a great actor. Nice to see an actor from Poltergeist the Legacey only playing the nasty roll instead of good guy. the four stars was for Jensen, the movie about a 4. This is worth adding to a movie collection, as one of Jensens early movies about or before Supernatural fame.
2 people found this helpful

susannah eanesReviewed in the United States on September 20, 2007
5.0 out of 5 stars
surprisingly awesome
Verified purchase
i put off seeing this movie for months for two reasons: 1) bad reviews and 2) i don't do horror flicks, and this one was supposed to be pretty bad.

in short, i am really, really sorry i waited.

the reason i finally rented the movie (and now i've just ordered a copy for my very own) was because of the supernatural hiatus for 3 wks. this september between the final airing of the summer re-runs and the beginning of the new season.

i needed a jensen fix, in a pretty bad way.

in short, the movie was refreshing, maybe because i wasn't expecting much. jensen's acting is superb, as expected, but i was surprised and pleased to see him playing a part that, while there are obvious similarities to the show supernatural, is very unlike the character he plays, dean. jake gray is much more like *sam.*

i highly recommend the movie. jensen's father, alan ackles, plays his father in the movie, and their scenes are quietly riveting. maybe i have just come to expect deep, heartfelt acting from this talented family, and i was not disappointed. i found jake's relationship with his troubled friends, especially the girl dakota, to be caring and supportive. the passion he brings to the part of jake is notable also because it is difficult to picture anyone else doing as well in this role, with the possible exception of ed norton.

i give it a well-deserved 5 stars --again, more because i was so pleasantly surprised, and the horror scenes, while pretty gruesome, did not detract from the overall story.
6 people found this helpful

devyoReviewed in the United States on August 16, 2013
4.0 out of 5 stars
actually not that bad
Verified purchase
i read all the reviews for this movie before i bought, which was why i chose to buy the cheapest copy i could find. to be honest, i really only bought it because of Jensen Ackles. but as it turned out, it really wasn't that bad of a movie. for being an indie-straight to video movie anyway. the acting was fairly good and sometimes did make my skin crawl a little bit (like any horror movie should do) but it isn't the scariest movie i've ever seen. still, the effects were also pretty good. the only thing i didn't like about it was how unclear the ending was. it basically confused the crap out of my friend and i. but i would watch it again :)
See all reviews
Back to top
Get to Know Us
Make Money with Us
Amazon Payment Products
Let Us Help You
EnglishChoose a language for shopping. United StatesChoose a country/region for shopping.
© 1996-2022, Amazon.com, Inc. or its affiliates