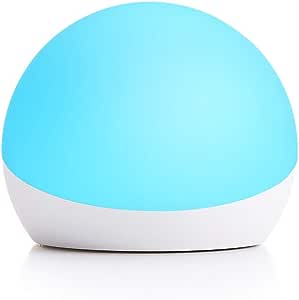 Need help with this device? Visit our Help pages or ask experts on our community forum.

What can Alexa do now?

Learn more about Alexa features and find a new favorite.

We want you to know:

Controlling Echo Glow by voice requires a compatible Alexa-enabled device such as Echo Dot, Echo Plus or Echo Show 5. Echo Glow does not contain microphones or speakers. 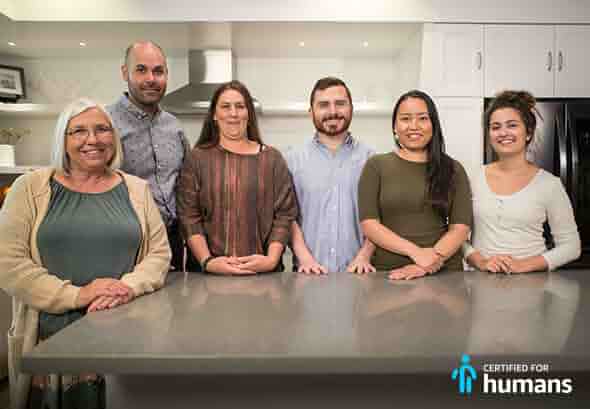 Introducing Certified for Humans, smart devices for non-experts. Struggle-free, tinker-free, and stress-free. No patience needed. Setup with Alexa is simple and after that, it only gets better. No more waiting on unresponsive devices or software updates to get started. It’s smart home made easy. Learn more.

4.4 out of 5 stars
4.4 out of 5
2,042 customer ratings
How does Amazon calculate star ratings?
Amazon calculates a product’s star ratings based on a machine learned model instead of a raw data average. The model takes into account factors including the age of a rating, whether the ratings are from verified purchasers, and factors that establish reviewer trustworthiness.

Adam S. Walter
2.0 out of 5 stars Just a lamp, no speaker or microphone.
Reviewed in the United States on November 20, 2019
Verified Purchase
No parents were consulted during the making or design of this device.

Been playing with the glow today with my kids. I feel like it is deceptive as it is just a light, I feel like when I preordered I was led to believe that it was an upgrade to the echo dot. I was wrong.
It does not add anything in the way of a microphone or speaker. You just paid $30 for a very simple light that supposedly interacts with your existing echo devices if you say enough words. Eg you cannot just say “alexa, set rainbow timer for 30 minutes”. You have to address the light specifically “Alexa, set rainbow timer for 30 minutes on <insert device name here>“. Then you get a pretty light and a lot of wires because you have 2 devices plugged in rather than 1.

I would rather pay $50 for a device that had a speaker and microphone with a smaller footprint. I have plenty of smart bulbs and more than enough usb cables running around the house.
It gets 2 stars for the rainbow timer feature which allows for my kids to have a visual of how much time is left.

Sorry much like the echo auto this is a dud for me.

Edit: 2 hours into having it around and a couple more notes:
1. Amazon called me for further feedback which was nice. Kudos to support.
2. This sucker does not want to be wet (has a warning) so my use case of putting it in the bathroom for a shower or toothbrush timer is a poor idea. This also means it is a poor choice for a bedside lamp since kids tend to want a glass of water on their bedside.

3. Having it in your kid’s bedroom means they need an echo in there. Parents everywhere, evidently we were not consulted, evidently the developers are unaware of the major distraction an echo after hours can be. That is mitigated by freetime but guess what is not usable except by touch now? Echo glow. And since I cant put it next to the bed...

Finally I would like to point out that EVERY echo named device to date that I am aware of has a microphone at least.

I cannot think of what to do with it so I will be putting it in the kids bathroom with the echo dot that is already there and see how long it lasts. Maybe I will save some hot water with the rainbow timer.

Samie May
2.0 out of 5 stars I'd wait to see if Amazon fixes it before purchasing.
Reviewed in the United States on November 20, 2019
Verified Purchase
UPDATE: I've had this for another 24 hours and I'm getting the feeling that this was barely tested before releasing it. As mentioned below, you can't turn the Glow off in tap mode unless you use voice commands or open the app. But you also can't use voice commands to set a timer for it. Last night I asked Alexa to turn off the Glow in one hour and it responded that it set a sleep timer. Four hours later, it's still on. I quietly had to tell the Alexa to turn it off now and it woke up the whole GD House with "I DETECT YOU ARE WHISPERING DO YOU WANT TO..."
How does Amazon release a devise without testing if you can turn it off?!
But the cat still gives it 2 stars.
ORIGINAL POST: I know this is advertised for kids, but I bought it to replace a sun simulation alarm clock and to set up a bedtime routine. My review is a little mixed because I was able to accomplish these goals (kind of), but the actual "tap" functionality is a bit annoying. Overall I'm okay with the purchase. There are some clunky aspects that I'm betting Amazon will iron out soon.
The Good:
1. I wanted a light that would gradually turn on in the morning, didn't have to be accompanied by an alarm sound, and could be scheduled for weekdays only. I already returned 2 mid-priced sun simulation lights because they couldn't do this. (Why is it so hard to find a sun simulator to do those three things?) I received the Glow and after a few minutes of set-up, I set my first routine using my Alexa app. It only took a few minutes to program it to do exactly what I wanted. I could have used a default option to gradually turn the light up, but I went the more complex route of adding multiple tasks so I could change colors at timed intervals. I added tasks of light and tasks of "wait" to the routine and it all worked perfectly this morning.
2. I was able to set a routine for the Glow to glow blue at night, but I wasn't able to attach it to my current routine of night-time music. The Glow task does not have a timer feature, so you need to add a "wait" task, then add a task to turn off the Glow. Unfortunately, there is a requirement that music is the last task in a routine...so unless I want music to turn on after the light turns off, it isn't helpful. I just made a separate task for the night time light. So I ask Alexa to "Turn on night time light" and "Turn on night time music."
3. The cat discovered the tap feature and is really into it.
4. The campfire mode is really cool. I hope the nifty developers add a cool-tone option so the same effect can be in blues and purple.
The Bad:
1. It is very sensitive. I had it sitting on the table as I set up my routines and it was constantly changing colors just from the vibrations of the house. (You can disable the tab feature.)
2. You can't turn it off if you use the tap feature. If you are playing with the color changing taps, it stays on until you go into your app to turn it off, or you give Alexa a voice command to turn it off. There is a manual button to turn it completely off, but this disables any Alexa connection so routines do not run.
You may think that you can hit the button, and then click the button back on, but then the light turns on and you are back to where you started...just wanting to turn the light off without waking people up with a voice command or digging out your phone. You'd think that a double tap or a long tap would turn the light off...nope..just perpetual light.
3. You have to give parental consent to use the light. I get that Amazon is covering itself by making you virtually sign a consent, but do they have to send a weird email to everyone in the household so that I get a phone calls from my husband asking what I did. What else is in that light that I need to sign away my rights and inform everyone else in my house that I signed them away?
Overall Impressions:
This was the same price as the sun simulators I replaced and it brilliantly accomplished that goal. There are some aspects that are still glitchy, but I'm sure Amazon will send out an update to respond to customer feedback. Amazon is cool like that, and I'll update my review if any of these issues are updated. If you are buying it for a kid, they will probably like the tap feature and talking to Alexa to get it to respond. Go for it!
Read more

Matthew Studney
4.0 out of 5 stars Works as reliable wake up light for kids
Reviewed in the United States on November 20, 2019
Verified Purchase
I bought this specifically as a wake up (rather - “you can come downstairs“) light for my kids. Meaning at 630 every day, I want the light to turn on to a specific color. A “Green means go” kinda thing. I have a “dumb” device that does this but it’s a crappy cheap device and needs to be reset too often (power outages, day light savings, etc).

To achieve this, I tried to set this up in the device on the echo app, with no luck....

I figured it out later that had to set a time based routine.... per the attached picture which took me longer to figure out than it should have.

Overall meets my needs and will play with it further.
Read more

Michael
3.0 out of 5 stars Not ready for prime time
Reviewed in the United States on November 20, 2019
Verified Purchase
First off, limiting this product marketing to kids is a bad call. I think you'll find there is a much broader audience for this product.

Received mine and love the form factor, the light is very nice and bright. The features however cost this review two stars. I am always an early adopter of Alexa technology and I hope, like other products, this too will evolve. Current light settings don't really do much that a typical color smart bulb can't do already. I would very much like to see direct linking to Echo devices so that for alarms you can have a slow sunrise effect to ease your waking transition with an alarm set on your Echo Dot Clock. It would be great to interact more precisely with music playing through a linked device. Additionally I also hope you can also synchronize multiple Glows in future for great effects.

So in summary, it's a nice product, I hope it gets better!
Read more