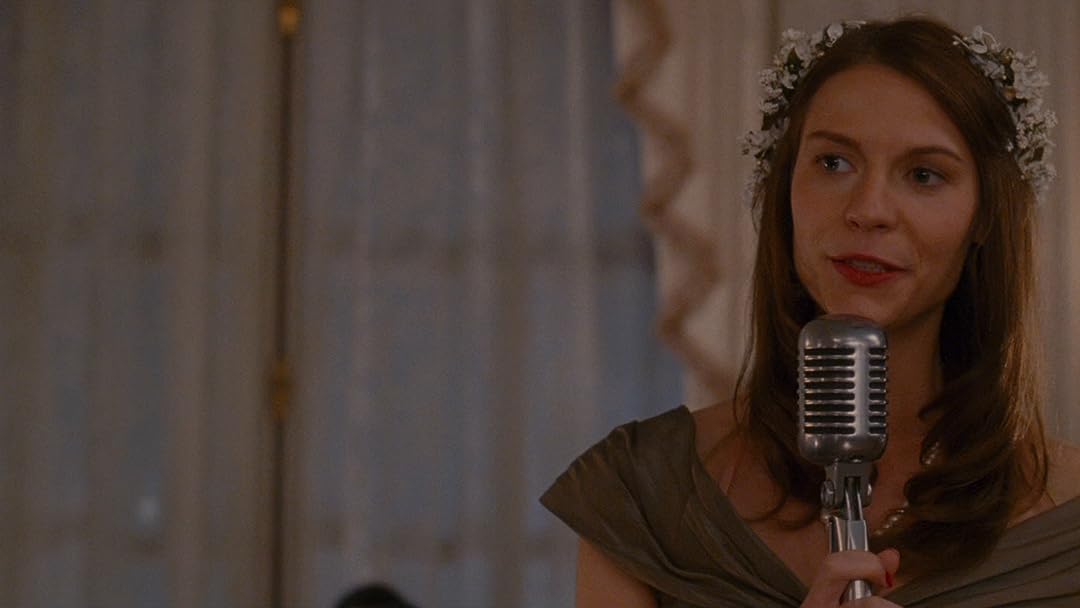 (587)
6.41 h 57 min2007PG-13
As Constance (Natasha Richardson) and Nina (Toni Collette) gather at the deathbed of their mother Ann (Vanessa Redgrave), they learn for the first time that their mother lived an entire other lifetime during one evening 50 years ago.

Book LoverReviewed in the United States on February 2, 2019
2.0 out of 5 stars
Two Steps Forward....Too Many Steps Back
Verified purchase
Given the A+ talent, the scripts is pretty low rent in a high rent setting. You root for none of the characters here. What story there is, gets squashed by a lack of thesis and underdeveloped plot. Tired trope: Really, really rich girl in the 1950's marries boy her parents approve yet she's in love with another. And the guy she's in love with has all the charisma of a wet towel. Claire Danes plays the younger Vanessa Redgrave character yet the two actors were not at all parallel, a real negative when the film constantly flip-flopped between past and present. Buddy's character would've been more sympathetic had there been one or two more sober moments where we could get a feel for the real him. But the guy was a pathetic drunk train wreck and I lost interest after the first quarter of the film.
7 people found this helpful

JellicledocReviewed in the United States on May 15, 2018
5.0 out of 5 stars
AS MUST FOR THE SELF AWARE
Verified purchase
Truly thoughtful, deep, insightful and poignant reflection by a dying woman, on the life she's lived, loves she's had and lost-or gave up- and ultimately, all the choices she made which designed a destiny, replete with the requisite doubts. Redgrave is elegant and brilliant as usual. Beautiful, heart rending journey into the past, one which eventually, we all make, wondering if the choices we made were the right ones while achingly, hauntingly realizing there's no longer time for do-overs. Truly a heads up for the self aware to get on with the dream if you can or make peace while you can. Highly recommend.
11 people found this helpful

Butterflymom54Reviewed in the United States on August 21, 2019
3.0 out of 5 stars
A sad choppy mess
Verified purchase
I have seen this movie twice now and I still do not get it. It had some great Actors and Actresses and I enjoyed seeing them perform. The movie is about an elderly dying woman upstairs with her two daughters downstairs mostly feuding. The story has far too may flashbacks and part of the story is missing. The movie is far too choppy for me to really enjoy. The story is sad as two people who were in love were torn apart by tragedy when it did not have to be that way. The high society wedding was a yawn. Not much meant anything here. One character comes in to see the older women who used to be her best friend. However she leaves quickly and one wonders "why bother"? All in all I am just not sure what the plot is or what one should take away. The characters all seem to be miserable and afraid to be themselves. They portray people going through the motions and empty and shallow. Sorry! :(
4 people found this helpful

Film loverReviewed in the United States on July 10, 2018
5.0 out of 5 stars
The critics were wrong about this film...
Verified purchase
The layered, nuanced performances of Claire Danes, Hugh Dancy, and Patrick Wilson were all supurb. More than their scripted dialogue, what these actors portrayed through facial expression; and, looks exchanged while words were left unspoken, resulted in richly developed characters, even though their complete "stories" may not have been contained within the scenes depicted in the film. The "chemistry" among these 3 characters, in particular, seems quite apparent, at least to me. Vanessa Redgrave "inhabits" her character, as she does in so many of her films; although, the range of her performance is, perhaps, more limited by the scope of her character's, in this case.
This is a film about so many different conflicting issues and emotions that it is worthwhile to watch it more than once, focusing on a different character's perceptions and point-of-view with each screening.
I believe this is a film which demands a viewer's full attention and, if given, results in an experience the viewer may reflect upon long after the film ends.
I wonder if Claire Danes and Hugh Dancy having met while working on this feature and subsequently developed a personal relationship which resulted in their marriage is also any indication of the level of connection between several of the characters in the film.

MaryReviewed in the United States on December 30, 2021
2.0 out of 5 stars
Depressing
Verified purchase
Someone tell me (rhetorical question) how this movie got so many stars. It is thoroughly depressing. Here is the whole movie in two sentences. A dying old lady thinks back on a man everyone had a crush on but he didn’t love them in return . They felt discontent and ripped off in life because of it. That’s it. Save two hours.
2 people found this helpful

Joyce Y. CastilleReviewed in the United States on August 12, 2018
5.0 out of 5 stars
Wonderful movie
Verified purchase
I don't understand why people don't enjoy this movie. It was great to me. I loved the story telling and the relationships explored. Between sisters, mother and daughter, brother and sister, childhood friends, first crushes. It all worked together very nicely.

Besides, Hugh Dancy and Claire Danes are absolutely precious in this movie.

Southeast TX NativeReviewed in the United States on March 23, 2019
4.0 out of 5 stars
Loved this movie! All star cast.
Verified purchase
I had never seen this movie, or even knew about it. I LOVE VANESSA REDGRAVE & CLAIRE DANES. This movie has a great cast. It is a tear jerker about the end of a mother's life, and the road not taken.
I didn't like how the movie ended. I felt that my emotions were kinda dropped. But it is a great story with amazing actors. Highly recommend for romantics.
3 people found this helpful

C. B.Reviewed in the United States on December 26, 2012
5.0 out of 5 stars
Wonderful movie for Women
Verified purchase
I saw this movie on tv a few years ago and just watched it again on tv last night. I had forgotten how much I liked it and how it moved me. Today I ordered the dvd and also a copy of the book by Susan Minot. I am looking forward to reading the book while being able to visualize the characters from the movie as I read. I will enjoy reading what the movie version had to leave out.

The movie is wonderful moving back and forth in and out of the main character's younger life and her dying. I don't find it a depressing movie as much as a great drama.

Meryl Streep is a nice surprise as the older version of the best friend.

If you love a great story with romance that will tug at your heart...then this movie is for you.
5 people found this helpful
See all reviews
Back to top
Get to Know Us
Make Money with Us
Amazon Payment Products
Let Us Help You
EnglishChoose a language for shopping. United StatesChoose a country/region for shopping.
© 1996-2022, Amazon.com, Inc. or its affiliates