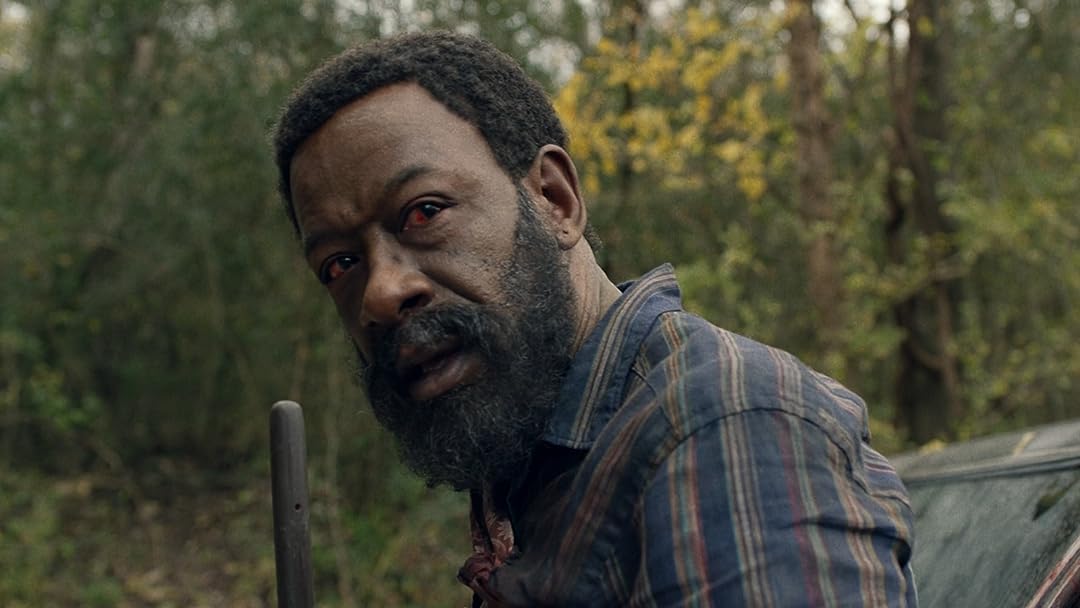 (1,243)2021X-RayTV-MA
In Season 6, scattered to Virginia's distant settlements, the group struggles to survive apart from one another while trying to hold onto who they are and what they once believed in.

Amazon CustomerReviewed in the United States on October 13, 2020
4.0 out of 5 stars
Season 6 episode 1
Verified purchase
Following Morgan from TWD season 1 to FTWD season 6, it still amazes me what a great character he is. I've seen his flaws, his fears, his weaknesses, his hopes, and his dreams. I don't need to be told who this character is, I've seen him temper his strength first hand. I've endured his pain alongside him. A credit to the writers of both shows. A credit to the actor that plays him. As for the show so far, here we go again I guess... but this time does feel different. If you want to rebuild civilization from the ashes of the apocalypse, you need someone who has rebuilt, reinvented himself from the ashes of his mistakes, multiple times. Not a single character in this universe has proven to be capable of this more than Morgan. What a BAMF! Cant wait for the rest of his story
21 people found this helpful

SophiaReviewed in the United States on October 19, 2020
5.0 out of 5 stars
Love it!
Verified purchase
I watch all the TWD series, it took me a while to get into these characters from season 1, glad I stuck with it! Love the ones that have remained, and the addition of Morgan! Looking forward to season 6!
7 people found this helpful

RickReviewed in the United States on November 5, 2020
5.0 out of 5 stars
A few episodes in and so far it’s fire!!!
Verified purchase
I hate to admit it but season six is looking good you guys!! I don’t want to give out any spoilers but season six is fire so far! I hope it doesn’t let us down this time…
3 people found this helpful

J. LeeReviewed in the United States on January 25, 2021
5.0 out of 5 stars
Pretty good
Verified purchase
Not as good as TWD, has more character development overall.
The writing gets bad eventually in later seasons - totally falls apart past season 4 or 5... like laughably bad.
I feel sorry for the actors when so much stuff is missed or left out, or there are serious improbabilities and just ridiculous things that happen when you have what seems to be a revolving door of writers leaving and coming into the script half way thru an episode (speculation on my part).
But hey - ZOMBIES..... you're not watching this bc it's realistic, right??? You just like to see important characters get pinned on the ground by a zombie and then saved at the last second for the umpteenth time!!! lol
As bad as it gets at times, I keep watching it anyway !!! Perfect for Pandemic time.

Lisa D. YoutieReviewed in the United States on December 19, 2020
3.0 out of 5 stars
Fear the Walking Dead
Verified purchase
I love this series. The series writers obviously do not. They create characters and story lines I love and then it appears as if they get bored with the whole thing. They thoroughly destroyed the family they based the series on. And did so in flashbacks. They have an almost entirely new cast of characters and I can tell they are already bored w them. I am not sure if this comic strip crew has it in them to keep writing for living and breathing and zombie actors. But I do live the premise and the whole show has great although unrealized potential, so I will keep watching.
One person found this helpful

VakonnReviewed in the United States on May 10, 2021
2.0 out of 5 stars
It's a mess
Verified purchase
Despite a slow windup, I've enjoyed this show from Season 1. Not that it matters, since anything a fan like from those early seasons has long since been scrubbed away. Plotlines gone. Characters dead or unrecognizable. That would be forgivable, or even downright exciting if anything preferable was replacing it., but such is not the case.

Things seemed to take a downward turn about the time of the introduction of Morgan and Dwight. I fault neither the characters nor the actors though, the real damage seems to have come behind the scenes. Every season, and nearly every episode, feels like its being written by someone who just showed up on the job and DETESTS the characters and plotlines written by their predecessors. It's so awful it just jumps off the screen at you. Massive time leaps with no payout. Villains are built up and then just quietly disappear. Beloved characters are arbitrarily killed off or so drastically changed so as to be unrecognizable. Loose ends and silly plot holes abound.

If I could "Eternal Sunshine" myself and forget ever seeing the last few seasons of this trash, I would do so without hesitation, weather I could get my money back or not.

MikeReviewed in the United States on November 9, 2020
5.0 out of 5 stars
Good storyline.
Verified purchase
Fills in the blanks from last season.
2 people found this helpful

NHReviewed in the United States on November 1, 2020
5.0 out of 5 stars
LOVE This Season, So Far
Verified purchase
Keep it great!
2 people found this helpful
See all reviews
Back to top
Get to Know Us
Make Money with Us
Amazon Payment Products
Let Us Help You
EnglishChoose a language for shopping. United StatesChoose a country/region for shopping.
© 1996-2021, Amazon.com, Inc. or its affiliates