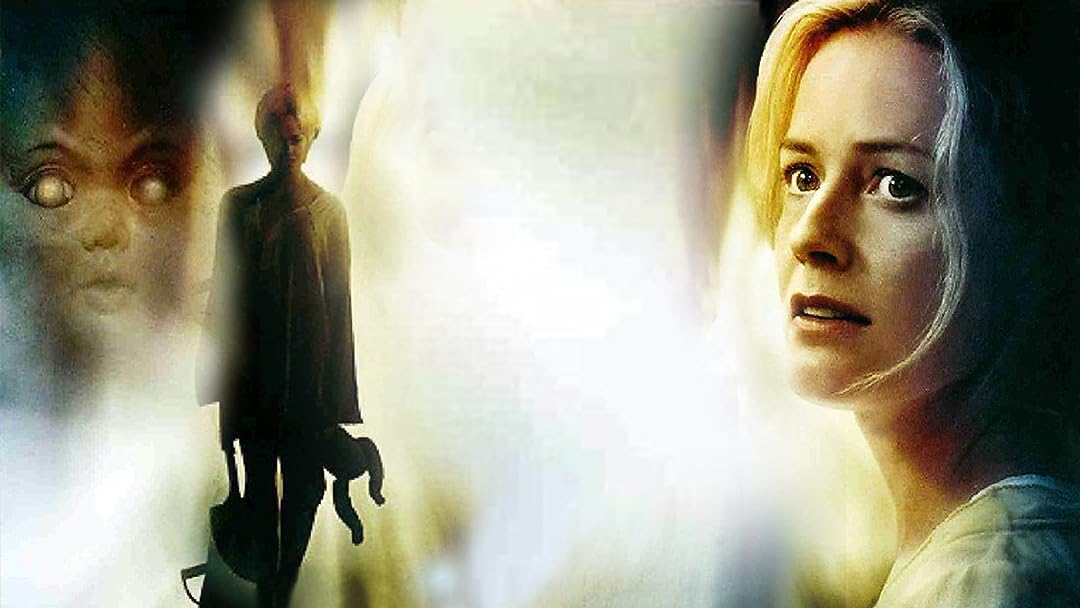 (82)
4.81 h 37 min2007PG-13
An anxious young mother (Elisabeth Shue) verges on a nervous breakdown after the stressful birth of her child, her husband's continuing indifference and the arrival of a sinister new babysitter.

michele elaine leinReviewed in the United States on September 4, 2018
2.0 out of 5 stars
Just fell apart and got boring and predictable halfway through
Verified purchase
I was expecting this to be a good movie. It had potential, and started out really well. Then, about halfway through, after she had the baby, it got very disjointed. Multiple things going on that didn't lead to anything. And poor Elizabeth Shue with that awful 80's punk hairstyle! She is very beautiful, but the hair was so distracting. It was like she suddenly became another character. One that fit the hairstyle. Like someone from the 1980's when they still used the drug known as 'speed'. It left me with a very unhappy, depressed feeling. Having been a mother myself, I know what it's like to feel overwhelmed and exhausted. The things that happened to her, like leaving the baby in the car, thinking she had left her at the store, getting locked in the basement with the baby upstairs, I had nightmares about those things. But it all led to nowhere in this movie. Just left me with a very bad feeling. I don't usually get depressed after movies like this, so new moms, use caution. And bad ending. Nothing was resolved. Lots of loose ends. Lots.
One person found this helpful

C_AnnCReviewed in the United States on March 7, 2019
4.0 out of 5 stars
Not so much a thriller but a dark look at post partem depression after birthing.
Verified purchase
Elizabeth Shue did her part in acting ability as she always does and she did a good job at acting as a new mother of a newborn, and what results in many women having their first born babies could be feeling.. I know, I had similar feelings with my first morn, felt lonelg, felt like I was alone in the complete care of a newborn, was scared of it, wasn't sure of myself, wasn't sure of being a "mom" either, but I had to deal with it and got over it I guess. But this movie showed how a young woman, like the part Elizabeth's part, can be overdosed on post-partum depression after giving birth to a child and esp from a cessarion section birthing when that isn't expected. Elizabeth's role problem was that she was a professional dancer of ballet, as the beginning showed us. So she finds out she is pregnant, but at least still married to some wealthy tycoon Brit who gets her a too large a home after moving out of NY City's bussling environment.. We get a dark look into how far young woman who gave birth to a healthy baby can go and it's rather sad but very alarming at the end. I don't want to go there to ruin it, but you'll see for yourself. It is a little slow paced at first, then gets a !little more speed, but nothing of a thriller that fits that genre. Scenery and designs were well done, nice big house but I wouldn't want to live in such a big house even with a first child. How many more did that husband think she'd have after the first child with this house? Oh well, we find out at the end!!!! Have fun watching or not watching this one.
2 people found this helpful

Amazon CustomerReviewed in the United States on March 1, 2019
2.0 out of 5 stars
Movie about post partum with psychosis
Verified purchase
I found this movie to be sad and slow. It is not a thriller or a scary movie in the sense of what is considered thrillers and scary movies. It is about a woman who gives birth and then is dealing with post partum. She is anxious, has a hard time connecting with the baby, a husband who ignores these signs and isn't involved in helping care for the newborn. New mom begins to hallucinate and place baby in harm many times. I found it very sad and I was irritated that no one was helping her or the baby. The movie also was very slow moving and most people will be bored by it. Very sad ending.
One person found this helpful

DodgerGirl67Reviewed in the United States on August 24, 2020
4.0 out of 5 stars
It's no wonder she was having such terrible post partum!
Verified purchase
No Wonder she has such a terrible experience and post partum!
From the start she had no Support,
Was alone because Hubby worked late hours,
The she felt guilty for killing the dog,
Then the Grumpy nurse puts it in her head she could starve the baby to death if she thinks she's latching but isn't.
And to add the nurse tells her after baby latches,,"Well now everything is all down hill from here on" lol, I thought WTHECK,,
That nurse doesn't belong in the Baby unit!
I also think her mother's Negativity didn't help.
I mean it was Negative experience after another making her feel "inadequate"
Especially getting locked in the basement event and then her hubby getting a Nanny without telling her!!
That made her feel even more inadequate because he did it without even discussing it with her! Her not being able to do her ballet like the way she wanted to because of her C-section area.
I kept saying,,
"No Wonder she's feeling like Crap being a New mother and has Absolutely no one around!
I guess the Grumpy nurse was right "It's all downhill from here on "

Kathy MReviewed in the United States on March 14, 2019
1.0 out of 5 stars
Boring and Just Dumb
Verified purchase
Elisabeth Shue was good, but no one else in the movie was of any consequence. This movie was all over the place with no real plot. Horror it isn't. SO boring. You knew eventually she'd kill the baby, put that stupid doll in the crib and throw the baby away. And why did even her husband keep that old and DIRTY doll around??? It just made no sense whatsoever. A real time waster of a movie. Even at the end you're left to guess what happened.
One person found this helpful

Micah, the movie loverReviewed in the United States on June 6, 2015
4.0 out of 5 stars
A different kind of thriller, but very creative and creepy, that I personally thought was well written and worth a look!
Verified purchase
THAT was not what I expected, but in in a good way!! Elizabeth Shue (Sarah) was exceptional as the professional ballet dancer who discovers that she and her husband are about to have their FIRST BORN child. Both of them are very excited and happy with the news and immediately decide to move from a New York city apartment to a beautiful, big house, close enough to commute to NYC, where they can start building their family. From the start, Sarah, seems a bit overwhelmed at the size of their new home (which is very large), but during the remaining months of her pregnancy, she seems content and to me, a bit bored. After the birth of the baby, in which Sarah had to undergo a C-section, instead of the "natural way" she had wanted, everything changes as the new parents bring home their beautiful, baby girl, "Jessica". Sarah becomes anxious at the drop of a hat and life for her is NOT at all what she had expected it to be and she starts to slowly unravel. I won't go into anymore details, as I think this is a very good psychological "thriller/drama" that is worth seeing.
4 people found this helpful

Ron BakerReviewed in the United States on March 1, 2019
3.0 out of 5 stars
No payoff
Verified purchase
This is one of those films that builds a great mystery up throughout and has you wondering: is this real? is it a dream? is she dead? parallel reality? alternate universe? insanity? Clues and breadcrumbs to the mystery abound but, in the end, nothing is explained and after all this build up there is no payoff, nothing is revealed.

Still, it was a trippy ride and it is well made. Recommended but expect to be as confused at the end as you are throughout.
2 people found this helpful

Schroeder (Cult Movies Magazine)Reviewed in the United States on July 14, 2019
1.0 out of 5 stars
SLOW, BORING, FLAT LINE, NOT A HORROR MOVIE
Verified purchase
BORING! Goes NO WHERE, flatline all the way through, no suspense, not a horror movie, NO SCARES WHAT SO EVER! More of a long drawn out drama. Pathetic and should be rated G. The movie should be re-titled as, "FIRST BORING"
One person found this helpful
See all reviews
Back to top
Get to Know Us
Make Money with Us
Amazon Payment Products
Let Us Help You
EnglishChoose a language for shopping. United StatesChoose a country/region for shopping.
© 1996-2022, Amazon.com, Inc. or its affiliates