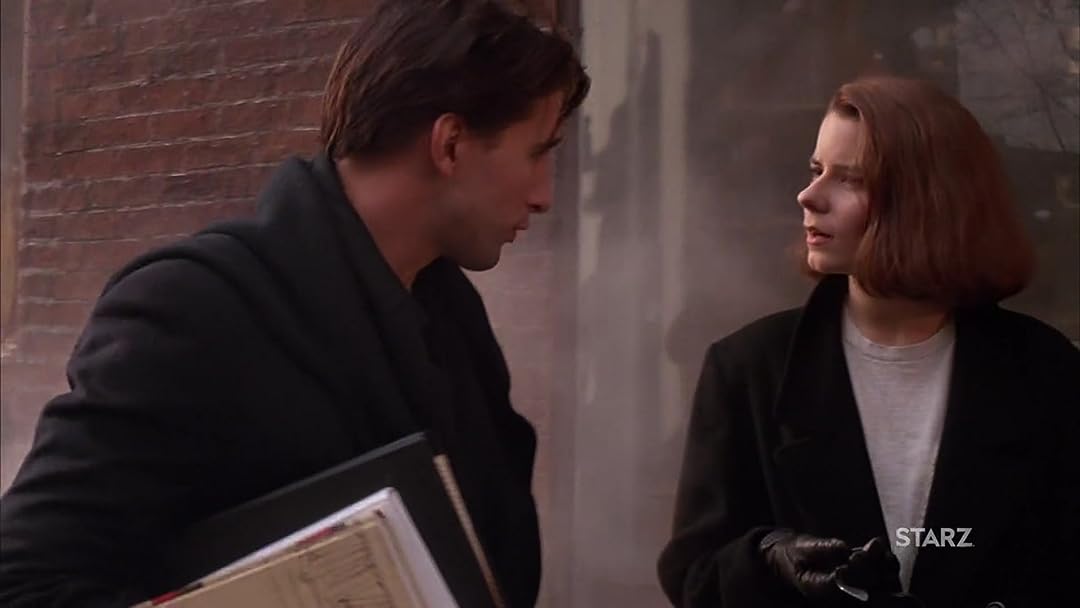 Michael OttReviewed in the United States on June 21, 2021
1.0 out of 5 stars
NO SUB-TITLES OR MENUS
Verified purchase
Once again Mill Creek, hiding behind the Sony brand, has DISRESPECTED THE ELDERLY AND HEARING IMPAIRED. There are no sub-titles, closed captions, or menus on this release. The original Sony release has a varied choice of sub-titles. The web page does not even show the Mill Creek name or the back of the product. It does however, list Sony Pictures Home as the studio. While technically correct as the original studio, it is basically a cover for an inferior Mill Creek release. Shame on you Mill Creek, and all who work there.
12 people found this helpful

Richard L.Reviewed in the United States on December 27, 2017
4.0 out of 5 stars
Original Flatliners Movie Surpasses The Remake
Verified purchase
I hadn't seen this movie since it was first released... I remember I thought is was pretty thrilling. Okay, it still is pretty thrilling keeping you intrigued with the thought of "after-life". It starts off with the common beliefs and "experiences" of those who have "cheated" death. Then it goes on with these resident doctors flatlining each other for the thrill of the experience. What they come to find is, after reviving, they relive past experiences; and not pleasant ones but their most horrible life occurrences.

Some may find this only an average movie but, with a little thought, you may also find this movie filled with some intrigue, horror, and maybe even some real life ideals. And there is some humor.

A personal note: I watched this movie again after watching the remake which was a very poor re-creation.

Crazy SvenReviewed in the United States on October 19, 2018
5.0 out of 5 stars
FLATLINERS (1990) : Much Better than the Remake : A Die Hard Classic
Verified purchase
I remember FLATLINERS when it came out in theaters in 1990 or so and it became a fast favorite for me and my twenty-something year old friends, one of whom worked in the pathology department at his local hospital (he became obsessed with the film). Remakes just never seem to be as good as the originals, because they are anachronisms.

In 1990, this was a groundbreaking film for the time and was sort of a next step up from the earlier film ALTERED STATES (1980). A good companion film for Flatliners (1990) would be DEAD RINGERS (1988) with Jeremy Irons, or even the classic REANIMATOR (1985) as a triple-header. The film explores the dark reaches of medicine in the hands of reckless people who take dangerous risks to seek forbidden knowledge or proceedures to experience things that are not supposed to be known by the living. This original production has an all-star cast from the period and stands up well to the test of time.
10 people found this helpful

joel wingReviewed in the United States on December 27, 2020
3.0 out of 5 stars
5 medical students believe they can explore death
Verified purchase
Five medical students Kiefer Sutherland, Oliver Pratt, Julia Roberts, William Baldwin and Kevin Bacon want to explore death in a series of experiments. Things begin with them killing Sutherland and then bringing him back. Afterward all the others want to do the same. The movie then explores their experiences. As you can guess things don’t turn out the way they thought they would.

The story is all about the students’ hubris. They believe that they can play with death and everything will be fine. That’s the draw of the movie as many people would like to know if there is something after death. The film does a good job dealing with the issue questioning whether people can be at peace with themselves which after all is what people hope the afterlife is all about.
C
2 people found this helpful

J. WallaceReviewed in the United States on March 9, 2022
5.0 out of 5 stars
Epic classic that will never be outdone for the genere
Verified purchase
Back in a time when Hollywood actually had decent and originally stories there came movies like this. The plot was insanely original and unique, the writing was incredible, the scene placement was spot on, moody lighting and excellent score made the movies back drop seem even that more epic then it was....

The acting will and by far be some of the best breakout performances you'll never see again from Bacon, Sutherland, Roberts, Baldwin. this movie did not launch their careers but damn you got 6 of the best together bouncing dialog off of one another and each taking command of every scene they are in....

YOU WILL NEVER see a movie like this anymore coming out of Hollywood.
One person found this helpful

Paul S. PersonReviewed in the United States on February 23, 2018
4.0 out of 5 stars
I Made The Right Decision When I Decided To Skip It When It First Came Out
Verified purchase
I actually saw this for the first time a week after watching the remake. This means, among other things, that any items I saw as borrowed from other films may, in fact, have originated with this one.
I did not see it when it came out because the reviews weren't that enticing, and, no doubt, there was something more interesting opening that week. Whatever I saw instead was, I am certain, a more satisfying movie, although this one not at all a bad one.
But enough of that. This is the sort of suspense story that plays with whether or not something supernatural is happening. It actually does a pretty good job of it, although I am not sure how realistic its view of medical school (I /think/ these guys are in medical school, as opposed to being residents, but I could be wrong) is.
And, of the two, this is the better movie. For one thing, I almost cared about the characters in this one (the characters in the remake could all have been eaten by the Bugblatter Beast for all I cared about them). I could also tell them apart but, of course, I have seen most of them in other films, which might not have been true had I seen it when it came out.
5 people found this helpful

Richard The Buying HeartedReviewed in the United States on June 22, 2013
5.0 out of 5 stars
Early Effort By Some Of Today's Brightest Stars
Verified purchase
This little suspense thriller delivers on all cylinders....suspend your disbelief and forget your knowledge of medicine and science...that's not what it's about. It's about consequences and the four stars will keep you glued with their performances...especially an early turn by Oliver Platt before he was fit into his Movie Mold...but Baldwin and Roberts hold their own...while Bacon walks away with the films theme in his hands. Joel Schumacher sews tight seams with his directing...important to the build up of suspense that comes your way...but I guess I am glossing over Julia Roberts debut without giving her the credit she deserves...she is both beautiful and stunning here showing all the potential she later fulfilled. Let's not forget Sutherland either...as he shimmers both light and dark in this performance. So basically they're all good and the suspense depends on their interplay as an ensemble throughout with none of them missing a beat or stepping out of line. It's being remade which is both a compliment and a curse these days but at least shows that it's status is embedded in the audience's mind. You won't go wrong with this one.
7 people found this helpful

John ConstantineReviewed in the United States on December 13, 2021
5.0 out of 5 stars
Still a fun ride — and we were so young, once!
Verified purchase
I watched this through nostalgia goggles, so take it fwiw

Revisited for the first time since the movie came out. Great premise, a billion dollars in acting talent, some amazing locations/sets. The story is a tad simple in these more complicated days (and even back then), but director Schumacher gets some real creepy moments out of everyday situations
One person found this helpful
See all reviews
Back to top
Get to Know Us
Make Money with Us
Amazon Payment Products
Let Us Help You
EnglishChoose a language for shopping. United StatesChoose a country/region for shopping.
© 1996-2022, Amazon.com, Inc. or its affiliates