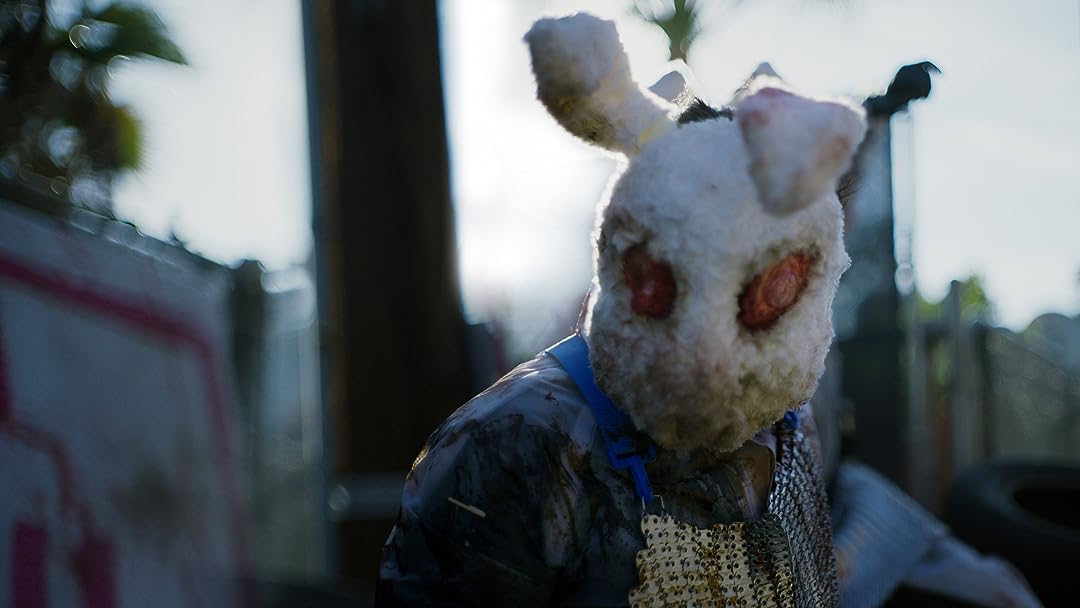 (11,711)
5.41 h 43 min2021X-RayR
In the next thrilling installment of the franchise, there is a new landscape and a new twist on the Annual Purge, the prospect of a Purge that never ends.

Captain FlintReviewed in the United States on July 24, 2021
1.0 out of 5 stars
Worst ever
Verified purchase
Worst movie about white people hating Mexicans and wanting to kill all Mexicans... Ridiculously bad
93 people found this helpful

AlReviewed in the United States on July 22, 2021
1.0 out of 5 stars
Terrible Movie
Verified purchase
One of the worst movies of all time
81 people found this helpful

BuniReviewed in the United States on July 22, 2021
1.0 out of 5 stars
terrible movie 10/10 would not recommend
Verified purchase
um. this was genuinely one of the worst movies i've ever seen..
72 people found this helpful

AdamReviewed in the United States on July 28, 2021
1.0 out of 5 stars
Straight to the point review.
Verified purchase
Straight up political propaganda.

I told my wife months ago that Texas was a huge barrier against the new world order and that it would start to come under attack by the MSM and Hollywood...

She had to admit I was right... again.

EveReviewed in the United States on July 24, 2021
5.0 out of 5 stars
Movie shows truth 10/10
Verified purchase
This movie does not deserve such a low rating on Amazon.
Some reviews here are upset because this movie is "racist" or because it is hateful or upset because they have to read a few lines of subtitles...
Those people are missing the point of this film. This movie shows how it is in the world today... the world IS racist! This world is full of hate. All this movie did was show how people of color are treated in the real world. There may not be country chaos as portrayed in the movie, but the hate it portrayed is most definitely real.

This movie was written, filmed, and directed very well.
And as a native american, I would encourage everyone to watch this film.
56 people found this helpful

C. DeStefanoReviewed in the United States on July 26, 2021
1.0 out of 5 stars
Diaphanous and Dumb
Verified purchase
Almost two solid hours of finger wagging, ridiculous dialogue, unbelievable situations and underwhelming acting. This is an insult to everyone who paid to see this drivel. Talk about a vehicle that serves to divide rather than bring together. It was a typical project from some out of touch elite looking to stereotype and caricature almost everyone in the film. We should all be insulted. Please, skip this cartoon character of a 'movie.'
53 people found this helpful

AniReviewed in the United States on July 23, 2021
2.0 out of 5 stars
MEH! Don't Waste Your Time or Money!
Verified purchase
Meh. That’s all the review this film deserves, so don’t hate on the people who went that route. But since I am out $20, I will elaborate to save you the same fate.

I’d say when it comes to this franchise. I’m no devotee, but I am definitely a fan. I like the films for the reason most people despise them—they have an underlying social message and moral dilemma that give the gore and guns stakes the audience can connection with.

I especially like the 2013 and 2018 films because they go out of their way to subvert tropes and give the characters an opportunity to evolve into better humans over the course of the story. Plus, it doesn’t hurt that the general conceit of the disenfranchised being coerced into orchestrating their own extinction ensures diverse casting with POCs overcoming and leading the charge.

However, this film only aspires to what a couple of the others ascended to and feels like any old lame guts and guns action flick without the fun of a big star at the helm. And oh, if you’re thinking, “Will Patton is that big star, dummy!” Maybe. But, I have eight words for you: Wait for this film’s Deep Blue Sea moment.

I have a tough time figuring out what made this one so dull other than perhaps knowing the fight could go on forever took the fun out of it. Or maybe there wasn’t enough done to flesh out the us v. them conceit to make a unique statement? But more than likely, the answer is that the franchise has simply run its course since there was nothing fresh about this. We get all the same tricks—unlikely allies band together, one of them has a mysterious militia background, a rebel leader swoops in and saves the day, et cetera. Basically, don’t expect any surprises. If you think it is going to happen…it will!

The movie, is however, visually appealing, which is one of the reasons I was excited to rent it. Such a refreshing change to have the franchise set outside an urban setting. Seeing the desert, sweeping mountains, and depictions of the border wall are both breathtakingly ominous while at the same time a beautiful reminder of how pure our country can be. That is, until they ruin it with the El Paso city scenes. Once the characters take to the ground, it looks like they step into one of the overly fogged fearscapes you find at Universal’s Halloween Horror Nights complete with annoyingly shaky camera work that highlights this fact.

For those who care, this definitely falls at or near the bottom of the rankings for the franchise. The only reason I scored it as high as I did is because, unlike Anarchy, this at least aspires to be more than a horror movie, considering the obvious tie-in to our current politics. Unfortunately, it falls woefully short. For those who care, I’d currently rank the movies in this order:

To be fair, Anarchy is definitely more fun than this one, but Forever nudges ahead because it has a better setting and an attempt at a stronger message. WORD TO THE WISE: Anyone who spent last weekend binging the films and TV series on Peacock so they could get ready for this one, SAVE YOUR MONEY. Skip this.
34 people found this helpful

JayReviewed in the United States on August 3, 2021
1.0 out of 5 stars
Another example of a film franchise ruined by "wokeness"...
Verified purchase
It's very clear that the creators of this film are trying to push a "woke" political agenda instead of focusing on the essential elements of storytelling. The plot is a mess, and the allusions (and spin) of many current political issues (race, immigration, class, violence, misinformation) are so clumsily inserted that it's impossible to view this as a legitimate film.
Another example of a film franchise ruined by "wokeness" and an elementary view of complex political issues.
25 people found this helpful
See all reviews
Back to top
Get to Know Us
Make Money with Us
Amazon Payment Products
Let Us Help You
EnglishChoose a language for shopping. United StatesChoose a country/region for shopping.
© 1996-2021, Amazon.com, Inc. or its affiliates