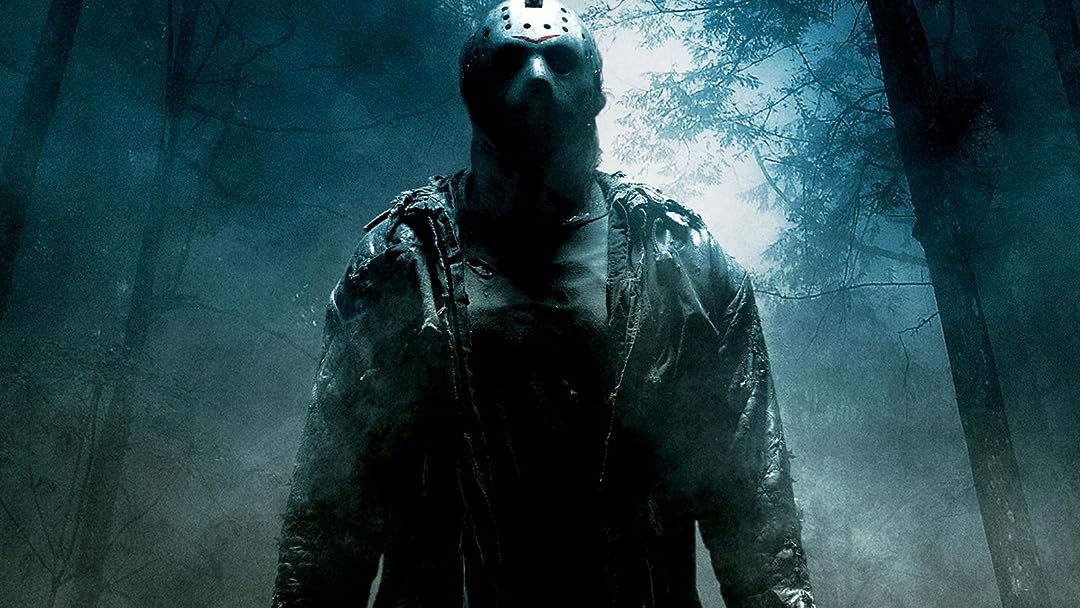 Julie StantonReviewed in the United States on November 1, 2019
1.0 out of 5 stars
Glorified porno
Verified purchase
This is nothing but a glorified porno! My teens have watched a few other R rated movies with us, like the two newer “It” movies. So when they really wanted to see this while carving pumpkins on Halloween because Jared Padalecki is in it, I agreed to rent it. Thank goodness I watched too or I wouldn’t have known what a piece of trash this movie is! The little bit we watched was constant, unnecessary F words and graphic sex. I’m aware that an R rated film will have the F word in it and may have love scenes. But if you took the F word out of this movie, half the dialogue would be missing. And the sex scenes were just gross, with bare boobs in the first 10 minutes and graphic sex in the first 15 minutes. If you’re a young dude, you’d probably have no problem watching this. But my older teen even felt uncomfortable. I found online that one of the producers even walked out on the premier because there was too much sex in the film! Just be aware of what you’re getting yourself into before you watch.
31 people found this helpful

Back in the day this was considered a "gory shocker" (to quote TV Guide), but decades later 'Friday the 13th' actually comes off like a slow-burn thriller, and its ending generates actual pathos. The acting still sucks and all the fade-to-whites are cheesy, but by complete accident this has become a more "legit" movie than ever intended.

To my surprise, Paramount's remastered this and even given it a new trailer ("The one that started it all," it says). I'm not sure what prompted putting such work into this movie now exactly (anniversary, I suppose). The only issue is they've made an already really dark image EVEN DARKER in what I guess is an attempt at making it scarier to modern eyes and perhaps to hide some of the more wonky effects work. They've gone a little too far, I think, and you're probably going to have to turn up the brightness on your screen or watch it inside a cave just to be able to see everything in the night scenes, especially at the end.

Avid readerReviewed in the United States on June 11, 2019
4.0 out of 5 stars
A true classic
Verified purchase
A real classic, but amazingly tame. Yes, there are deaths, but there is not a massive splatter of blood and the killer is shown in shadows for most of the movie. Even though there are hormone filled teen counselors, there is not gratuitous nudity. On Prime, I plan to watch the sequels, to see if they lose what made this movie a classic. With a bigger budget and modern special effects but using the same script, this could be a ‘killer’ movie. But it would also lose what made this movie special. The camp certainly has a real rustic look. And no spoilers in this review.
33 people found this helpful

ProvidentialReviewed in the United States on October 22, 2020
5.0 out of 5 stars
Good Movie
Verified purchase
In a world of slasher movies where you're often suspicious whether someone's recommending a movie because it's a good movie, or just because there's sex and blood, Friday the 13th is a good movie.

You follow a crew of hapless young people at a summer camp. During the night scary things begin to happen. It seems there's a killer out there, and our young people are getting picked off one by one. Who will make it out alive?

Friday the 13th was originally a cash-in after the success of Halloween. But Friday the 13th has a great twist on the genre, and I won't spoil it if you're going back and seeing it for the first time. Suffice to say, the idea that the iconic Jason Voorhees has always been the killing machine in popular culture is far from accurate. This movie is deeper, more nuanced, and quite unusual. The acting is quite good, the effects are amazing. It's a good movie.

Friday the 13th also explains the origin of a lot of modern slasher movie tropes. In short, slasher movies weren't supposed to be about murdering people while they were having sex just for cheap thrills (put that "just" in quotes). There is an actual story reason why people who are having sex at the summer camp get targeted. This logic starts to fade in the sequels, but here in the original, all of the killing more or less has an explanation. This is more of a dramatic film with slasher elements, than a regular dumb slasher.

Tom Savini's effects are magnificent. The film had to quick-cut a lot of the gruesome kills to avoid ratings issues, but what is there is just enough to surprise. At the time, the combination of violent kills and sexual imagery was thought by critics to be in poor taste. Here, I think the film is perfectly artistic and justified thanks to its story. It's not until later installments that I really begin to question the morality of the filmmakers.

Harry Manfredini's iconic score is a wonder. Equal parts classic movie score, with lots of strings, and a modern horror masterpiece with lots of editing and effects. The classic sound effect of "chu chu chu, ha ha ha" is actually related to the story. Again I'll limit spoilers, but the actual audio is a heavily distorted clip of the beginning sounds of "kill" and "mommy". Everything has a reason, and it's all amazing.

Great music, great effects, good to great acting. I'd recommend this movie even if people hate modern slasher films. It's so much smarter, more nuanced, and a "real" movie. Whether you love or hate later installments, Friday the 13th is a classic in its own right.

joel wingReviewed in the United States on May 9, 2020
4.0 out of 5 stars
One of the foundations of the serial killer flicks in the 70s-80s
Verified purchase
The 1970s/early-1980s were the heyday of serial killer horror flicks. In 1974 The Texas Chain Saw Massacre came out with Leatherface. In 1978 John Carpenter released Halloween with Michael Myers. 1984’s A Nightmare on Elm Street featured Freddy Krueger. Then there was Friday the 13th with Jason. In true slasher fashion Jason preyed on young people, especially ones that were thinking about or having sex. He was in luck because he found a bunch of them at Camp Crystal Lake.

What’s interesting about the original Friday the 13th is that the killer is able to walk up on victims and kill them. The first two were trying to have sex and apologized when the killer first saw them. The third was picked up as a hitch hiker. That’s important to know because in the subsequent movies Jason always wore a hokey mask. It’s also a hint at the twist at the end.

If you like slasher movies you have to watch the first Friday the 13th as it helped set a standard in horror flicks that is still felt today.
C
13 people found this helpful

When Jason notices the backpack on the ground and starts hunting whoever left it, it was so satisfying to see intelligence!! I have been recommending this movie to anyone who will listen. I'm more excited for this movie than I was Freddy vs Jason. (that was the Pay-per-View match of the century!) This movie was satisfying enough that I could even forgive Moose Winchester being in it. I do have to question the stupidity of throwing Jason back into the rejuvenating waters of Crystal Lake.

This Jason does make up for some of the plot stumbles. Now, if Hollywood would build up all of the characters like they did this particular Jason, we would have a really decent slasher film on our hands.
17 people found this helpful

BrianReviewed in the United States on June 5, 2021
5.0 out of 5 stars
Friday the 13th vs Friday the 13th (2009)
Verified purchase
It’s important to make the distinction between the two movies that have the same title. The original Friday the 13th in 1980 that started the series is a classic. It’s the beginning of a long series of horror movies that have influenced pop culture.
The 2009 remake is a sequel in a long line of sequels. If you are a Friday the 13th or horror fan. You appreciate this sequel along with the other sequels in the series and genre.
However I don’t think the remake is as good as the original that set the standard. However I do feel 2009 sequel is a good, as I am a fan of the series. I know another person left a comment regarding the over amount of sex and nudity and lots of swearing in the movie. It’s important to know that they were referring to the 2009 version and not the 1980 version. The 1980 version although having some nudity and some brief sex scenes is nothing compared to what’s in the 2009 version. Plus there is little to no swearing in the 1980 version. If you want to watch a classic film that is still scary without swearing and little nudity the 1980 version will work. If you’re a fan of the series I would definitely say go ahead and watch the 2009 version it definitely has a different take which is interesting.
3 people found this helpful

Matt J. H.Reviewed in the United States on April 2, 2021
5.0 out of 5 stars
Went from glossy to matte
Verified purchase
For whatever it’s worth, my digital code worked just fine for unlocking Part II, so that problem I’m seeing in these reviews doesn’t exist across the board. The SteelBook itself is very nice. I especially appreciate the classic VHS art. I’m just surprised at the matte finish considering last year’s SteelBook for the first movie is glossy. Seems like a no-brainer to design all the 40th anniversary releases to match each other. Weird choice. Maybe they’ll alternate each year. Glossy III, matte IV, glossy V... this is the way.
6 people found this helpful
See all reviews
Back to top
Get to Know Us
Make Money with Us
Amazon Payment Products
Let Us Help You
EnglishChoose a language for shopping. United StatesChoose a country/region for shopping.
© 1996-2022, Amazon.com, Inc. or its affiliates