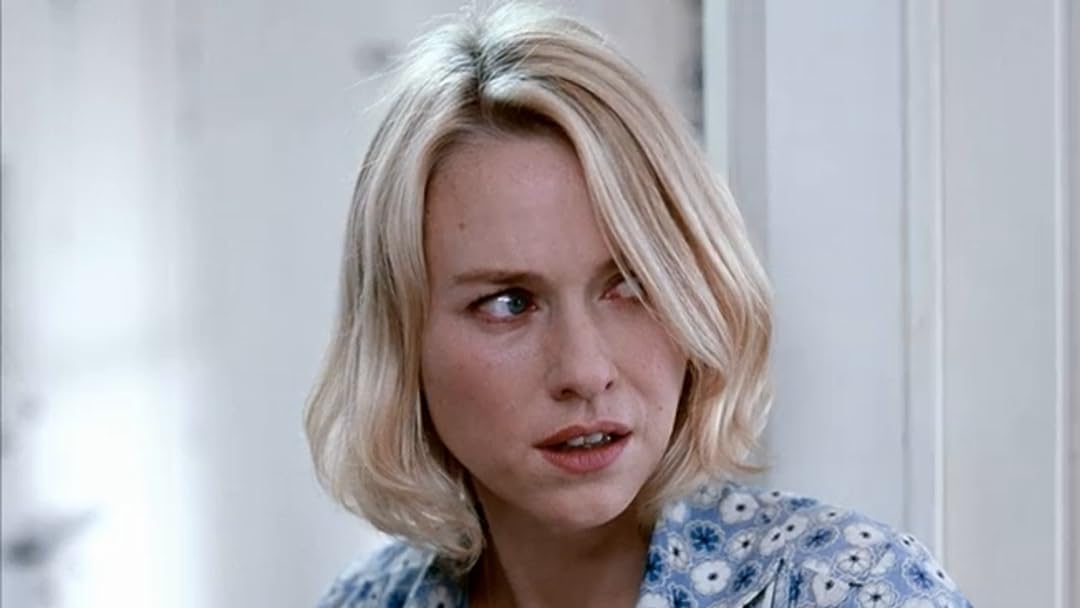 a_gurl_knows_thingzReviewed in the United States on June 5, 2019
1.0 out of 5 stars
Life Without a Gun
Verified purchase
Within the first 15 minutes of this film the mother and father are completely incapacitated by two young men who are psychopaths. Mom and dad sit weeping and begging “please, please, please. Oh please don’t hurt us”. The two soft spoken psychos meet absolutely no resistance. Mom and dad apparently have absolutely no survival skills whatsoever. It’s absurd because the tormentors don’t brandish a gun, just a golf club which seemingly crippled poor helpless sniveling dad. So this goes on for the duration of the film and it’s really annoying that an adult man and woman render themselves so totally helpless. Seriously?

The psychopaths are creepy crawly smarmy sickos who are so annoying it’s not even funny. When they meet mom and dad the psychos are wearing gloves. To anyone with half a brain that would raise red flags but mom and dad don’t seem to notice anything peculiar about this. Seriously???

Of course mom and dad don’t have a gun stashed away because they’re probably gun control advocates. And all it would take to end this annoying debacle is for mom to pull out a gun. But art imitates so many people’s lives and, consequently, mom and dad are subjected to bad things because they won’t protect themselves. Too bad. So sad.

The ending of this movie is predictable and couldn’t come fast enough for me. If you want to be seriously annoyed go ahead and watch this lame film.

MarjiReviewed in the United States on May 6, 2018
5.0 out of 5 stars
The is a must see if you're a horror fan.
Verified purchase
This is a classic! This movie does not play out as you expect but that is part of its charm. Naomi Watts never disappoints and this movie is no exception. I love horror movies but many are so predictable that there is no element of surprise. This one will surprise you. After the first half of the movie I thought I knew how it would play out but I was delightfully wrong! Can't give any examples without spoiling the fun for those who haven't seen it but it is worth the time.
15 people found this helpful

MHamiltonReviewed in the United States on April 10, 2021
5.0 out of 5 stars
Slow Moving But Worth It
Verified purchase
To be brief, I have never seen a movie like this in my life. (Light Spoilers)
The first time I watched Funny Games, I was wary because of the few scenes that seem to drone on and on, but once the two walking red flags show up, it was hard not to be invested. Michael Pitt and Brady Corbet were perfect for portraying polite psychopaths, both being soft-spoken and doe-eyed, and the strange dialogue seems to only enhance how insane Peter and Paul really are.
A lot of the violence in this movie is either implied or off-screen, but it almost makes it more intense because you're shown only reactions and long close-ups of the family crying. Peter and Paul are very honest with the family about their intentions, but they still speak in riddles to keep them on their toes. While the parents seemed completely helpless, I have to applaud their son for putting up a fight, which is shown a few times throughout the movie. But the perpetrators always appeared to be one step ahead of every move the family made, which would be tragic if the family actually fought back instead of cowering after every attempt to escape. The disturbing fourth wall breaks bring even more attention to how the family reacts, almost like they're in disbelief too.
After the saddest scene in the movie, Peter and Paul temporarily leave, and the movie is slow again for a long time as we watch the aftermath of torture the family just endured. They scramble to call for help but to no avail, the two return, and the torture begins again for a while before there's a huge plot twist that leaves you confused and almost pissed, but the movie continues as if nothing happened.
The ending is kind of silly when you first watch, but after researching the movie I found out that it's all a huge metaphor. Funny Games represents violence in media, you don't really see it, but you get the story of what happened. I guess home invasion stories usually portray the family being helpless and the intruder always getting away, or they're defended because they're "So well-mannered."
Anyway, it's a good movie if you want a psychological thriller and have a great attention span.
One person found this helpful

WC138Reviewed in the United States on June 21, 2019
1.0 out of 5 stars
Awful, Trite, and a waste of talented stars.
Verified purchase
Both this film and the original were based on the notion of the writer (or maybe it was the director) wanting to make a hyper violent film with no other real intent other than to show violence for violence sake. Strangely, it's not even particularly good at that, paling in comparison to the massive library of films about violent home intruders kidnapping and torturing people (see the Strangers, Day of the Woman, Devil's Rejects, etc).

The artistic choice to have a singular character continually break the 4th wall isn't clever, it's just pointless and stupid. It's not a narrative device, nor does it serve a purpose in the film. Combine all of that with the fact that there's hardly a narrative at all, and you're wasting time with this one. It's not artsy. It's just plain dumb.

A real shame, too. It's a wonderful cast.
3 people found this helpful

C. van LeeuwenReviewed in the United States on July 14, 2021
1.0 out of 5 stars
Tear Stained Garbage
Verified purchase
The cast is outstanding and they are giving great performances with what they're given, but the writing is total garbage. Maybe the author of this script is an actual psychopath because there is no empathy here, none of these characters are likable. The family seemingly entirely lacks a fight reaction when flight is no longer an option. Just when one of them finally shows some spine, it turns out their preppy psychopathic captors have magical powers. I wish I were kidding. From that point on I was just rage watching until the end to see if there was anything at all redeeming left in this story. There was not. Unless, of course, you just really like watching people cry. There's a lot of that.
2 people found this helpful

Ellen HoaglandReviewed in the United States on January 14, 2019
1.0 out of 5 stars
Terrible, just terrible
Verified purchase
Slow, zero suspense or reason. Terrible script throughout. Tim Roth, who can shine, was dealt the worst role of moaning and groaning from start to finish. The ending was ridiculous as was the whole movie. Definitely a pass
10 people found this helpful

Louis Cyphre 1501Reviewed in the United States on March 15, 2022
5.0 out of 5 stars
This movie is sick! Twisted! AWESOME!
Verified purchase
This is as close as I think I have ever been to the inside of a true psychopaths mind. DO NOT WATCH WITH KIDS! This is one of those movies where if you think you might be a psychopath you probably should not watch this, but if you are stable and like having your mind screwed with, then this is for you.

Anita WeaverReviewed in the United States on December 13, 2020
2.0 out of 5 stars
Excellent acting but...
Verified purchase
Moments like random breaking of the fourth wall and these lines: "Call someone"; "Who?"; "The police" (you'll see what I mean) really spoiled this film for me. It had a lot of potential but failed to round out the antagonists' characters. This could have been an intentional choice but it left me with an empty feeling that the film was just a voyeuristic exercise that belonged more in the true-crime documentary genre. .
One person found this helpful
See all reviews
Back to top
Get to Know Us
Make Money with Us
Amazon Payment Products
Let Us Help You
EnglishChoose a language for shopping. United StatesChoose a country/region for shopping.
© 1996-2022, Amazon.com, Inc. or its affiliates