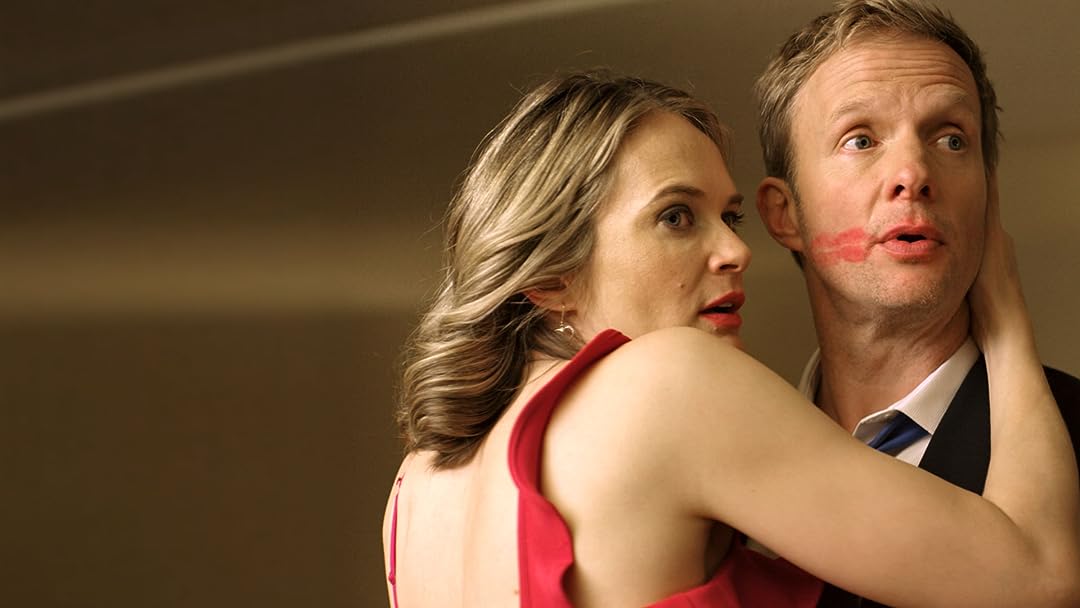 Getting to Know You

(250)
1 h 43 min2020X-Ray18+
When his drunken ex-girlfriend won't leave him alone, a man asks a married woman staying at the same hotel to pretend to be his wife in this delightful comedy about an unforgettable weekend.

ClearwaterwindowReviewed in the United States on January 31, 2021
3.0 out of 5 stars
Do away with the F word!!!
Verified purchase
Dislike the prolific use of the F—- word!
44 people found this helpful

Robert A.Reviewed in the United States on April 20, 2021
5.0 out of 5 stars
An underrated movie...
Verified purchase
This film is wildly underrated. And I fear it will remain so, though I hope it doesn’t. The fact is, it deserves much wider recognition than it has so far received—yet it’s title is doing it no favors. While some reviewers go too far when placing it on the same level as “Before Sunrise” (1995), it is much closer to a true romance like Linklater’s classic or Casablanca than it is to the cinematic dreck that has passed for “romantic comedy” over the last ten plus years.

The writing is very good and the story is believable enough: these are two decent, professional, middle-aged people who meet (by chance) in a distant city and decide (by whim, by decency, and perhaps also by desire?) to help each other out of the uncomfortable circumstances that have drawn each of them there. (So they will pose, just for the weekend, as each other’s significant other.) But by spending time not only *with* each other but *in* each other’s lives (albeit incognito), they see in each other what is lacking in their own lives, in the otherwise respectable paths they have chosen. All this makes for something surprisingly thoughtful and deep. And in this whimsical-turned-deep contrivance of a weekend, they bond.

Besides all this, the film is filled, of course, with comic relief, character development, insightful turns and deftly naturalistic dialogue (yes, vaguely reminiscent of “Before Sunrise” at points). But what ultimately makes this movie is the performance of the two leads, Natasha Little and Rupert Penry-Jones: together they carry the film, and it is hard to give either enough credit for the work each turns in here. To be sure, the script was very good and the production deft. But Penry-Jones and Little are so good that one wonders what they could have created if this film had had the same resources as, say, one of Linklater’s. (And, alas, if only the film had a better title!) Nonetheless, a very good movie in a genre that tends to produce very bad ones. Five stars & worth the time!

VerifiedReviewed in the United States on April 20, 2021
5.0 out of 5 stars
Don't Miss This Lovely Film
Verified purchase
Stumbled across this last night because I love Rupert Penry-Jones' work. What a joy it was! The casting for all roles was perfect. Penry-Jones has a wonderful way of portraying sensitive, vulnerable, and emotionally intelligent men, and he was really in his element here. The script was also terrific and I loved the way the writer gradually led us deeper into the hearts of the principals. I watched it again today w/ my husband who's not a big fan of romantic comedy. He loved it as well and laughed with me at the hilarious characters who came along. I wasn't familiar with Natasha Little's work before, so I'm happy to also be introduced to this wonderful actor. Thanks Amazon folks for having the good taste to make this available to Prime members. No dragons, no drug wars, no bullets, gore, super-powers, or light sabers, thank God. Just intelligent viewing.
24 people found this helpful

MaryReviewed in the United States on December 21, 2020
5.0 out of 5 stars
It was more than funny and moving.
Verified purchase
I will never forget these performances. Ever. It was about everything that being human is. Highly, Highly recommended. Rupert Penry-Jones shows his amazing range and every moment is so real. Absolutely magnificent storytelling and so absorbing. The story and dialogue get you right where you live.
29 people found this helpful

curlygirrlReviewed in the United States on April 17, 2021
5.0 out of 5 stars
WOW. JUST WOW!
Verified purchase
I LOVED this film. After going in without any expectations except that Rupert Penry Jones was in it and he is a favorite of mine (and aging incredibly well), I discovered a little gem. The dialogue was so real and streamlined and the acting was sublime by all, especially the leads. I've just finished watching it for the first time and going back to immediately re-watch it. I loved it that much. Yes, it's slow but that contributes to the beauty of the story.
19 people found this helpful

D. S.Reviewed in the United States on April 1, 2021
5.0 out of 5 stars
What a sweet, deeply romantic movie!
Verified purchase
Well, this was a very pleasant surprise of a quiet little indie movie!
Excellent performances throughout, excellent, unpredictable writing...
Very highly recommended!

LightHearted1Reviewed in the United States on April 27, 2021
4.0 out of 5 stars
Getting to know what real love is
Verified purchase
Surprisingly good rom com, with depth, funny action and a long slow burn love story. The leads really pulled it off, they really worked well together, facing deep temptation, and building to a real love. have really liked Rupert Henry-Jones in other things, he was really good and solid in this role, too. That's why I gave it a chance and it didn't disappoint. The supporting cast was really good, too, which was where the comedy was. Reunion and funeral thrown in for good measure and we span the revisit of teenage love, beginnings and endings, and a love that simply blooms in the midst of it all, "by accident" -- makes you wonder what Love is getting up to with us, it so upsets the apple cart, clarifies matters, requires so much of us, and we learn so much about ourselves, what we value and what we do. It'll have you looking at your choices, what would you do if it were you?
11 people found this helpful

Marie J.Reviewed in the United States on April 11, 2021
4.0 out of 5 stars
Felt like a play not a film
Verified purchase
A very touching piece, beautifully acted by the two leads Natasha Little and Rupert Penry-Jones. I am unfamiliar with Natasha Little's work, but I have followed the career of Rupert Penry-Jones. Everything about this dramatic work seemed like a play not a film. Act one break could occur after Luke makes his decision to extend his stay at the hotel for another night. If it wasn't written for the stage, the writer might try it. I think it will work even better on stage than as a movie.
11 people found this helpful
See all reviews
Back to top
Get to Know Us
Make Money with Us
Amazon Payment Products
Let Us Help You
EnglishChoose a language for shopping. United StatesChoose a country/region for shopping.
© 1996-2022, Amazon.com, Inc. or its affiliates