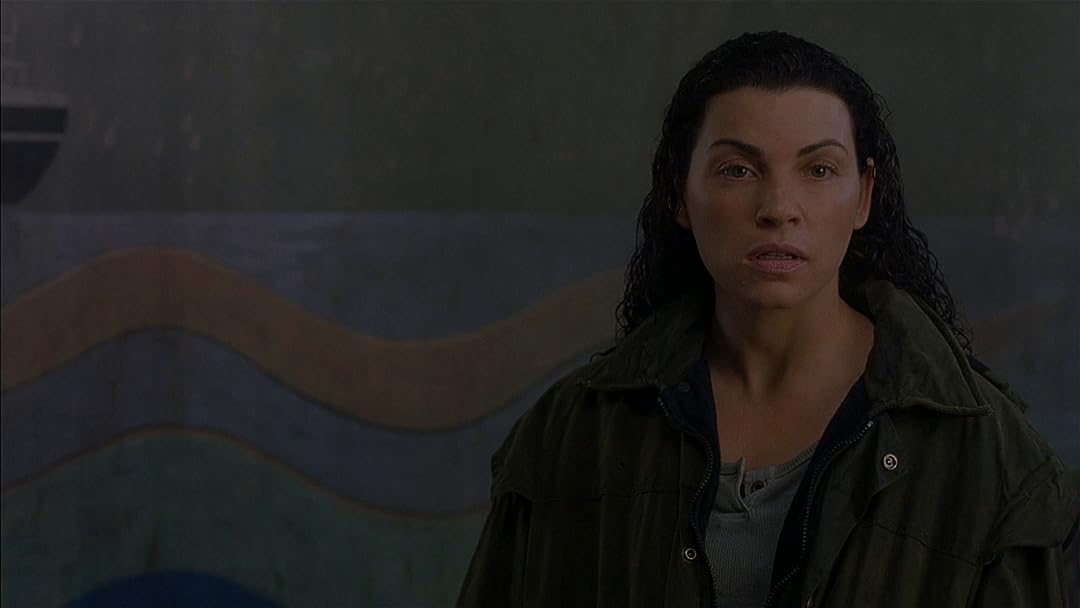 (7,124)
5.51 h 30 min2002X-RayR
In a remote region of the Bering Sea, a boat salvage crew discovers the eerie remains of a grand passenger liner thought lost for more than 40 years.

Breezy0526Reviewed in the United States on September 7, 2018
1.0 out of 5 stars
downloading purchase not allowed
Verified purchase
I find it completely ridiculous that you can no longer download your own purchases. I will no longer purchase any video. some of us do not use stupid tablets, and like to camp and would like to download our purchases to watch offline. since this restriction has incurred I will be forced to stick to dvd purchases. shame on you amazon.
42 people found this helpful

Dr. PaulReviewed in the United States on October 14, 2020
5.0 out of 5 stars
Great film with nice balance of suspense
Verified purchase
I recently rewatched Ghost Ship on cable and thought to check Amazon where I found it at a good price, so I grabbed it. I have a rule: if I’m going to watch a film at least 3 more times and I can enjoy it both as something in the background and to watch I’ll buy it. But only for a good price. Thanks to Amazon this one fit these requirements. My wife and I both love this film, costarring Gabriel Byrne and Julianna Margulies. Their supporting cast is equally good throughout.

The characters here are interesting and you find yourself rooting for them as they find and search the Ghost Ship. But with twists, turns, and dangers around every corner they’re in for a scary adventure. Will anyone come out alive. I do like the surprises here, but I’m not the biggest fan of gratuitous gore - it has plenty. Not so much as to over power, which is nice, but enough to hook those who like that sort.

The story is interesting and keeps one engaged. I’m happy to recommend the horror and suspense fan. I think this is a good turn for a date night, afternoon of film watching, or scare fest.

Robert I. HedgesReviewed in the United States on October 21, 2015
4.0 out of 5 stars
Ghosts Ahoy
Verified purchase
I didn't expect much from "Ghost Ship", but found it pleasingly watchable if not startlingly original. The film evokes pieces from various movies before it from "Event Horizon" to "Titanic" (albeit in completely different ways), but while the conclusion is fairly predictable as soon as a character named "Ferriman" is introduced, it's still visually interesting with intermittent thrills along the way. I was torn between a three and four star appraisal, but decided ultimately on four stars due to the excellence of the sets and the outstanding miniatures of the fictitious Italian liner "Antonia Graza", which anyone familiar with ocean liners of the 1950s could tell you was based on the beautiful though ill-fated "Andrea Doria" (an observation confirmed by the interviews in the extras). The sets of the "Graza" both when new and as a rusting hulk were excellent, and go a long way toward demonstrating why miniatures still deserve a place alongside CGI in modern movies. Here the CGI was the weaker of the two techniques, by far.

The story concerns a team of salvagers headed by Epps (Julianna Margulies) and Murphy (Gabriel Byrne) who come across a decades old missing ocean liner whose occupants died mysteriously in 1962. That this is a salvage operation that goes poorly is an understatement. The ship contains ghosts, headed by a small girl Katie (the good ghost, Emily Browning) and various nefarious traps waiting for them. The sets are the main sources of wonder as you can probably predict the arc of the plot fairly accurately, though there are a few nice twists that work well even if you did see them coming.

This isn't a slasher movie or particularly a gore movie (though there is certainly some), but more of a suspense in a confined and creepy space movie. As such it's effective not because the acting, dialogue, or premise are particularly believable (I was annoyed by the seemingly shifting accent of Murphy, and couldn't believe the conceit that nobody in a professional group of mariners of any capacity had never heard of the "Mary Celeste") but because the sets and atmosphere are so very effective.

The DVD has a lot of extras, and the behind the scenes stuff and ship's tour pieces are quite interesting: the model of the "Graza" itself is extremely impressive in the light of day, as it was over 60 feet long! While I don't agree with the filmmakers that this will become a Halloween classic, I recommend "Ghost Ship" to those interested in a creepy and atmospheric story from beyond the grave, even though the ending is perhaps the most predictable of any film I have seen in the last twenty years.

Jesse CrumpReviewed in the United States on September 26, 2021
5.0 out of 5 stars
Only horror film I like. SPOILER ALERTS BELOW FOR THOSE WHO HAVEN'T SEEN THIS 19 YEAR OLD FILM
Verified purchase
I received this movie on VHS on my 13th birthday approximately 18 years ago and I wasn't sure about it at first because I hate horror films. But my late grandmother on my birth father's side gave it to me and I decided to watch it mainly because of the Antonia Graza. I LOVED it almost right away. I would have liked it to be less gory and have the scene where Greer tried to have sex with the ghost of the Graza's Italian lounge singer, Francesca, before falling to his death but I liked the innocent "soul without sin" that the demonic scavenger, Jack Ferriman, couldn't mark and watching the events of the night the Graza was abandoned. I can never stand to see the cargo hook go into Francesca's neck after she kissed Ferriman after she killed a bunch of waiters after they discovered the stolen or cursed gold the ship had in her cargo hold.
3 people found this helpful

KBReviewed in the United States on October 4, 2020
5.0 out of 5 stars
So happy I found this!!
Verified purchase
Man, I love this movie. I saw it back when I was a teenager and then years went by before Netflix became popular, and then they put it on there occasionally. Every time I wanted to watch it, Netflix had taken it off. I looked everywhere I could think of and never found it in any stores. I was so happy when I came across it on Amazon. The opening scene is magnificent and all the deaths are gruesome. I watch a lot of movies, so I tend to find them predictable, but not this movie. I still remember being shocked the first time watching this--that scene just before the credits roll. Buy this movie, it's great.
5 people found this helpful

walletboyniacReviewed in the United States on September 18, 2021
1.0 out of 5 stars
Dark Castle Entertainment ... What do you expect?
Verified purchase
Man, did this company churn out some bad to middling horror in the late 90's to the mid 2000's. All the same! High concept, low payoff. I believe they all had at least one good special effect, and every movie ended on some ridiculous CGI effect. All the stories are muddled in one way or another. Big budgets. And generally, big budget horror = bad/compromised horror.

Oh wow, Ghost Ship. This has got to be the worst, most boring Dark Castle horror they released. I was just waiting for this one to be over with. Literally, the only thing worth tuning in for happens in the first 5 minutes, and has been mentioned in every other review: The cable killing on the dance floor. After that, pure snoozeville. Even all the stuff they steal from Event Horizon (including its whole premise), is done in such an inferior manner that I'm embarrassed to say aspects of this resemble the other. Event Horizon had intrigue up the wazoo, and I was so disinterested in Ghost Ship (clever name, BTW) I had trouble staying awake. I could care less about any of the characters. You'd think a seafaring recovery crew would have some colorful characters. In lieu of that, they got a few big name actors/actresses to insure they got their $20 million back (preferably with profits).

My "favorite" Dark Castle movie has got to be Thirteen Ghosts, and that is strictly based on how cool the house was. The movie still suffered from everything I listed above.

Why did Scream Factory take this one on? Are they planning to do all their horror movies?

UnsaintlyReviewed in the United States on November 3, 2017
5.0 out of 5 stars
Ghost Ship fave
Verified purchase
This is one of the few movies I can watch more than once. Many of you will recognize the child ghost... that's right, "dead wife" from Neil Gaiman's AMERICAN GODS.

I love going back and discovering old gems like this. Creepy, gory, action on the high seas!

Lisa Vasquez, author of The Unfleshed: Tale of the Autopsic Bride
10 people found this helpful

J. Belinda YandellReviewed in the United States on January 5, 2018
5.0 out of 5 stars
Stylish with some surprises
Verified purchase
I really liked this movie. It was entertaining, and suspenseful, and even though you had a feeling some events were coming, there was still enough originality to delivery some surprises. Really well done with strong visual wallops.
12 people found this helpful
See all reviews
Back to top
Get to Know Us
Make Money with Us
Amazon Payment Products
Let Us Help You
EnglishChoose a language for shopping. United StatesChoose a country/region for shopping.
© 1996-2021, Amazon.com, Inc. or its affiliates