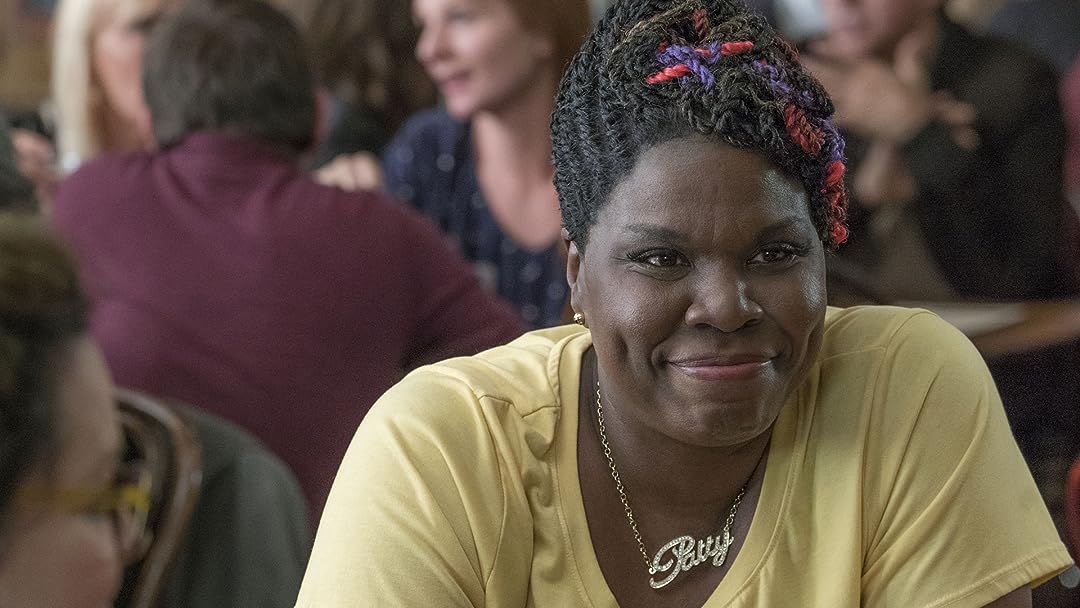 Claudine DeCarlisleReviewed in the United States on December 29, 2018
1.0 out of 5 stars
I really wanted to like this.
Verified purchase
The cast for this film was amazing: Melissa McCarthy, Kristen Wiig, and Kate McKinnon are incredibly talented comedic actors. Unfortunately this movie didn't take nearly enough advantage of their talent, relying way too heavily on special effects and over the top computer generated scenes. There are about fifteen minutes altogether of fun moments during which I laughed, but the majority of the movie was just something to get through while waiting for another good moment. The ending fight scene was tiresome.
The cameos by the original Ghost Busters cast were fun. Even Harold Ramis was recognized with a large bronze bust.
I'm not saying don't watch it. But I am saying don't get your hopes up.

Lyle J. JohansonReviewed in the United States on October 2, 2018
1.0 out of 5 stars
Very Disappointed
Verified purchase
Poorly done. It was a very poor attempt to redo the old classics.
86 people found this helpful

J. CollinsReviewed in the United States on August 24, 2022
3.0 out of 5 stars
This movie was really not that enjoyable, especially if you were a fan of the orignials
Verified purchase
I really enjoyed the original movies. While comedic, they were well written and kept the plotlines and acting serious while weaving comedy into the movie to accentuate and improve them. This movie just felt incredibly forced and there were definitely political agendas in the comedy that made it more cringeworthy than funny. This movie just felt more like a spoof of Ghostbusters, than an actual remake. A remake would have been considerably more serious, and a lot more true to the source material. The comedy in this movie felt mostly ad-libbed, and pretty much every single male in the movie was made out to be an idiot. At least in the originals they made Janine out to be sharp as a tac, and the glue that held the team together. In this, Chris Hemsworth was just a pretty boy for them to leer at, while everything he did was imbecilic. This is also the only Ghostbusters movie to make a human the main villain and protagonist. Every other movie it was an evil ghost that my or may not have had human thralls helping it. This movie made it a deliberate point to have an incel white man as the evil protagonist. It's a modern Hollywood trope that is just tiresome. As far as the acting, It felt like pretty much all of it was improv.
12 people found this helpful

Darrell W. EvansReviewed in the United States on May 17, 2018
1.0 out of 5 stars
Sad Failed Attempt
Verified purchase
Aw, I really wanted to like this movie. Followed the drama for a long time, were they going to make another Ghostbusters? It had to be funny or it wasn't going to work... so they didn't do it. After Harold Ramis died it was pretty much over, except now they could just push a crap movie through. I would be embarrassed to have been involved in this movie.

This movie failed on many fronts. It is not funny. All the lead roles are poorly acted. The script is poorly written. Watching Melissa McCarthy massacre this movie was pretty painful. This is what happens when you get a weak director (Feig) who lets his actors run the show, you get Melissa McCarthy running her mouth over everyone's lines, doesn't even allow time for a punchline to land before vomiting more dialogue all over the screen. One gets the impression that the director just said just "keep babbling pedantically, It doesn't matter what you say." There isn't one solid delivery in the whole film. I can't even recommend this as mindless fun, because it is far more annoying than enjoyable.

This movie basically has no plot, there is no real sci-fi/supernatural aspect just pointless ghost encounters. What plot points there are do not connect logically. There was opportunity for intelligent humor (like the original) but they went straight for the lowest common denominator. Movie goes right for the fart jokes skimps on actual comedy.

SupernurseReviewed in the United States on November 11, 2018
4.0 out of 5 stars
Don't know why everyone hated this so much
Verified purchase
I thought the movie was well done even paying homage to some of the original cast. My husband hated it- he said they ruined a classic, but I like the fact that women can be the heroes now. The actress are funny in themselves, and did not disappoint in this movie.
45 people found this helpful

alistairvilleReviewed in the United States on December 19, 2018
5.0 out of 5 stars
A different take - but so much fun! Leslie Jones is the icing on the cake!
Verified purchase
Leslie Jones is the stand-out in this production. She rules every moment of her screen time. But the other actresses are also fine and fab in their roles. The writing is not great for this movie - which is a pity - but production values are high. I do wish this great cast could have been given a better script to work with - but they really made the most of pedestrian fare. I’d love to see them all again in another Ghostbusters coz they really were good.
38 people found this helpful

Robert R WollsteinReviewed in the United States on August 4, 2022
3.0 out of 5 stars
Is it as bad as people say it is? My opinion... It's all right.
Verified purchase
I'm the type of person who just likes to enjoy something the way it is and not think about what came before and other stuff like that. So I like to think I'm neutral here. As for the movie, It's fun, It's interesting, It's funny (when it lands), It "had" a little potential. I like that it is doing its own thing with the Ghostbusters franchise, instead of just ripping off the characters names and lore. The villain was great. I misunderstood outsider who wants to be recognized... by destroying the world. The four female ghostbusters have a good chemistry. (not great, but good.) But unfortunately it's just too alienated from the Ghostbusters series that everyone knows and loves that came before this. They never should've rebooted it. They throw away great lore and history. No wonder they did a 180 and went back to the original franchise universe with Ghostbusters afterlife. I just feel really bad for these female Ghostbusters and the actresses that played them. The story was kind of about feeling inferior and a bit neglected (mostly because they're women.) And in real life that's exactly what happened to this movie that they were involved with. I don't know if the real culprits behind this movie's failure is sexism, but on the whole it's a decent movie with hits and misses. I wouldn't mind seeing them again in a "proper" Ghostbusters movie. (if marvel is doing the Multiverse thing then why not Ghostbusters.) Just rent it and enjoy it as it is. Be grateful they didn't do an exact re-creation, like they did with Psycho 1998.
7 people found this helpful
See all reviews
Back to top
Get to Know Us
Make Money with Us
Amazon Payment Products
Let Us Help You
EnglishChoose a language for shopping. United StatesChoose a country/region for shopping.
© 1996-2022, Amazon.com, Inc. or its affiliates