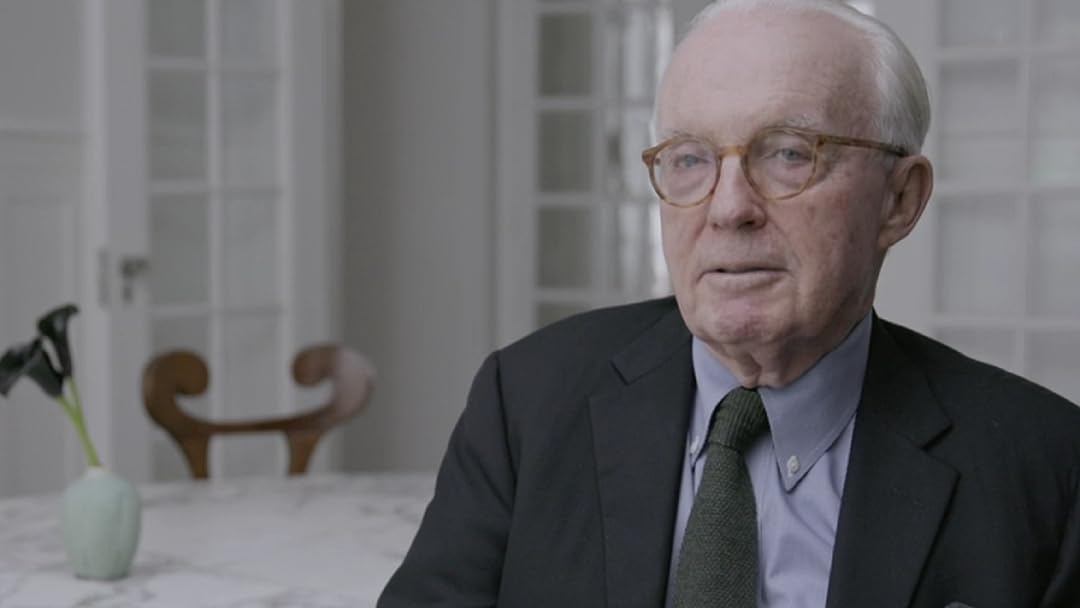 LizReviewed in the United States on August 10, 2022
4.0 out of 5 stars
Interesting Fashion Journey
Verified purchase
This was an interesting documentary of a man and his journey from hat to a near "mad hatter"! Lived large and died quietly to the tune of "Fanfare of the Common Man" by Aaron Copland.
One person found this helpful

NibbledtodeathbyDucksReviewed in the United States on June 9, 2021
4.0 out of 5 stars
Watch THIS One!
Verified purchase
I thought the drama on Netflix was the Halston show I wanted to watch, even though I THOUGHT what I was looking for was a doco. I only lasted six minutes with Netflix, first substantive thing they showed was Halston picking up a guy in a bar, then knocking hard on the back door. YAWN. Learn how to write a script. Also, learn to research one. They refer, back in the day, to Ralph LAU-ren. Sorry, kids. Back when being an American designer was laughed at, he was Ralph Lau-REN, pronunciation changed when he started selling blue jeans at outrageous prices and thanking God he was a country boy. Next!

This documentary is the next choice, and the right choice. It's a morality tale that shows how easily we can go from living a higher existence to starting to think we can fly, it shows how corrosive corporate America is, how dangerous ambition can be when given free rein, how it can cost a fortune to live cheaply. Many lessons in this, but I think the paramount one is that we need to be strong, to stand up to evil, to oppose it, but don't make the mistake of thinking you can beat it at its own game, that's playing right into its hands. Halston was screwed over, but none of it happened without his cooperation, and the hubris that led him to do it. His fashion is one legacy we can learn from, but not the only.

Personally, this was hard to watch, because I lived through these days in New York, and I had ancillary contact with some of the dust created by these people. I held my breath rather than breathed it in. Toxic. Some of the people interviewed are good to listen to, others are the tiresome types who went from their "do you know who I am?" back then to today's even more pathetic "do you know who I was?" And being reminded of Victor Hugo made me look for the Gas-X.

The worst part, though, is the reminder of the beginning of the AIDS pandemic. I'm a straight woman, so wasn't in the kind of danger that gay men were, but it was a horrifying experience, and one that claimed Halston, among so many others, designers in particular that I loved to wear (ready-to-wear, not couture!) like Willi Smith and Perry Ellis. A kaleidoscope of symptoms, manifestations and suffering, compounded by the cruelty of the ignorant, stupid and bored, the deceit and obfuscation, unchecked loss and devastation. I’m telling you, if you think dying is the worst thing that can happen to you, you haven’t lived.

Glama PussReviewed in the United States on March 21, 2022
4.0 out of 5 stars
A great designer who could have beat the odds if only...
Verified purchase
he had known about dry fasting and fasting. You will never get a virus, flu, cold or cancer if you dry fast & fast. I am considered an old lady but look half my age and never get sick, not cold, flu, virus, I will never get cancer. I will have to look on ebay for the Halston perfume and I a so sorry Elsa Peretti no longer deigns jewelry. RIP Halston, we all miss the glam in American fashion. Highly recommend.

SolitaireReviewed in the United States on August 2, 2020
5.0 out of 5 stars
Fab documentary
Verified purchase
Great way to spend two hours if you're interested in the history of fashion in the late 20th century. Lesson learned - never let a conglomerate buy the rights to your name or a majority share of your business. I am old enough to remember a local Halston boutique, the space of which was taken over by St Laurant/Rive Gauche, along with the Ultrasuede and licensing for luggage and Lincoln Continental interiors. But it was a pity he diversified so much and spread himself thin designing the licensed product. His genius was really in his way with cutting and draping on the bias. Probably the best since Vionnet. He was doing beautiful minimalistic work that was unstructured before Armani and Calvin Klein. Now Armani is the last one standing still in the game. I may just have to dig out my vintage Halston McCall's sewing patterns that I bought back in the 70s. BTW - the whole thing with diffusion lines causing problems with luxury retailers still happens. I was working for Macy's in the 90s when Moschino started their diffusion line for Target, and New York ordered every store in the chain to mark down and get rid of whatever Moschino product we had. The same thing happened with Liz Clairborn when they signed a deal with Penney's as well. The department stores that target upper-middle class, upper class, and aspirational customers don't want their image sullied by one of their vendors deciding to democratize and sell a mass market line. Which is a pity, because everyone deserves good design, and the line Halston did for Penney's was indeed well thought out. We lost so many brilliant, creative men to AIDS. Thank goodness Halston's work can still be appreciated, and a pox on the corporate shills who destroyed his archive and sample collection. Bloody beancounters.
24 people found this helpful

RafikNYReviewed in the United States on June 11, 2021
4.0 out of 5 stars
The Rise and Fall of a Fashion Icon
Verified purchase
The Halston documentary directed by Frédéric Tcheng is an excellent look into the life and genius of a fashion icon. Roy Halston Frowick (April 23, 1932 – March 26, 1990), known mononymously as Halston, was an American fashion designer who rose to international fame in the 1970s. The documentary is almost a timecapsule that captured the spirit of the times during those care-free days of the 70s and 80s. Following Halston's rise from a hat maker to being the 'King of Fashion' and then to his sad downfall. A must see for any fashionista. Liza Minelli who I did not know was quite close to the fashion guru. Liza was great giving her side of the story with her realtionship with Roy Halston. The sound track also makes this documentary worth watching. Highly recommnend.
One person found this helpful

Marc MontagninoReviewed in the United States on February 7, 2022
5.0 out of 5 stars
Nevermind the Silly Netflix Fiction: THIS is The One to Watch!
Verified purchase
I have seen this Halston documtary more than once, and just this week finally got around to (reluctantly) watching the Netflix series based on Roy Halston. As much as I wanted to like it, the Netflix series focused more on Halston's sex life and drugs, rather than what made him the American Fashion Design Icon he was and the genius behind his amazing clothing and fragrance. This Amazon Prime doc is the quintessential Must See for anyone interested in Halston's life and influence. 5 STARS.

TM ConwayReviewed in the United States on June 6, 2021
4.0 out of 5 stars
Not a new story, but interesting
Verified purchase
Since I don't remember much about Halston during his days as a celebrity, I can't say how true to life this was. I do remember women loving the fragrance and I remember some celebrities bragging about wearing his label. The movie was a decent look back at an era many of us have forgotten. Same attitudes, just different clothes and famous faces.

It's an interesting look at a typical rags-to-riches-to-shunned life. It's as if people live hard until they burn out because they can't be content. What a talent and what a sad ending. I had actually forgotten all about Halston until I ran across this documentary.

hawthorne woodReviewed in the United States on November 9, 2019
5.0 out of 5 stars
Fantastic documentary of the great Halston!
Verified purchase
When I heard about the J.C. Penney debacle, I didn't think much about it. I thought it was sad that Halston appeared to have given away his cachet of being a great designer to a store brand I despised, not because I am a fashion snob (which I am) but because I just despise J.C. Penney and everything common and dull that it stands for. What I didn't realize - well, not fully - was that it led to a tragic ending for Halston. This documentary brings back the man in all his glory, especially his fabulous clothes for women of all social strata. To this day his clothes stand the test of time. He influenced fashion to be simple, fluid, and sensually luscious in its deconstructed state. Women want their clothes to twirl, swoop, drape, flow, cling and circle their bodies. We all want to be free of girdles, tight waistbands and constrictive necklines. I found myself gasping at the beauty of his clothes, as worn by his models. Wow. What a terrible ending for a fine artist. And yet, we still have Halston in our closets, if we care about how we want to look and feel...free.
8 people found this helpful
See all reviews
Back to top
Get to Know Us
Make Money with Us
Amazon Payment Products
Let Us Help You
EnglishChoose a language for shopping. United StatesChoose a country/region for shopping.
© 1996-2022, Amazon.com, Inc. or its affiliates