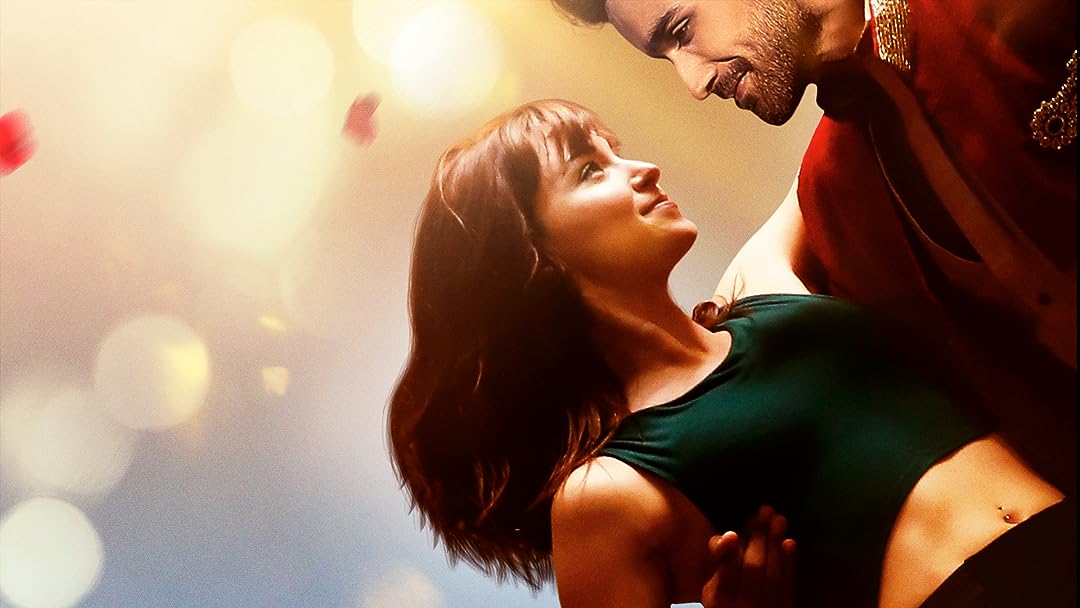 (584)
5.21 h 47 min2017X-Ray13+
This is the story of a feisty American hip hop dancer who travels to India with her family for a wedding and falls in love - both with a new style of dance, and with the determined young man who introduces it to her.

Kindle CustomerReviewed in the United States on July 13, 2021
1.0 out of 5 stars
Plot hinges on lack of moral character and an unbelievable script
Verified purchase
Lots of dancing in a meandering, unbelievable, morally bankrupt script.....

Mommy and Daddy won't pay for young woman to go to dance school (sniff, sniff) but will pay tuition and expenses for law school. Young woman steals tuition and expense money from her parents to pay for an apartment and dance lessons. She eventually gets caught. Small spanking follows.

Family immediately takes her and her 12 year old sister to India for the wedding of the son of her father's business partner. Young woman has been friends with daughter of the business partner since she was ten years old.

Within a couple of days or meeting him in India the young woman decides she loves the man who her friend (daughter of the business partner) is in love with, so she squeezes her out of the picture.

Lots of dancing and a meandering plot follows.....

Crisis develops when parents fight over the death of their son several years before. Their twelve year old daughter freaks out and goes to a night club where she knows her older sister is in a dance performance with her new Indian boyfriend of 3? 4? days and his crew. Boyfriend convinces her to leave her little sister with a man she has never met before while she dances. After all, what could go wrong for a 12 year old girl in India?

A fight, chaos in the club and the young woman's sister disappears for awhile before she is found. Parents show up, very unhappy, young woman taken back to States where she and her troupe are scheduled for a dance audition in the next couple of days.

Indian man and his whole dance crew "have connections" so all five of them immediately get visas (because it is that easy to do!) and follow the young woman to the States where they save her audition by dancing a flawless routine with her troupe that they have never seen, practiced or danced before.

A bit of good dancing that wallows in script filled with acts of poor moral character, spoiled brattedness, and unbelievable plot twists. The acting is very poor, to boot. Not at all recommended.

Carolyn MichaelReviewed in the United States on September 16, 2021
2.0 out of 5 stars
Did not live up to potential
Verified purchase
I love to watch cheesy dance movies, but this one really did not live up to its potential. The premise was so good - American girl goes to Indian wedding and dances - but the writing was choppy at best and some of the acting was wooden. Got the feeling all around that the main actress wasn't into it, although I have to say in her defense that the script would have been hard to get into. The dancing, which is usually what I show up for anyway, fell flat. All the characters in the movie were raving over the dancing and particularly the main character's dancing and I was over here thinking, "Why? That didn't seem like anything extraordinary." Maybe I was spoiled by The Kings, but I expected more from a movie set in Mumbai. It had some good moments which I gave it two stars for, but unfortunately not enough for more stars.
3 people found this helpful

Amazon CustomerReviewed in the United States on May 23, 2021
5.0 out of 5 stars
Definitely worth watching!!
Verified purchase
Holy smokes! The chemistry of the two leads is unbelievable. Whatever you all created between the two of you, bottle it and ship it to the world. Your first meeting was like 10x better than the first dance between Darcy and Elizabeth in the Kiera Knightley version. But on a serious note, this is a well-done production and everyone involved should be very proud. It was a great story, with a layered plot, and some amazing characters. Krystal Ellsworth (plays the lead actress Kelli) and Amitash Pradhan (plays the lead Aseem) - yasss! Looking forward to your next projects! I mean secondary characters even were memorable (Deepika, Kelli's sister, parents, Basu). The only tiny nitpick is that I could do without some of the religious symbols in the movie.
2 people found this helpful

Leimamo63Reviewed in the United States on July 17, 2021
5.0 out of 5 stars
The Dancing is Great!
Verified purchase
I enjoyed this movie. All of the dancers are good at what they do. And because they took the story to India made it interesting and colorful. The costumes were spectacular. I think you could sense the connection between the two lead actors on the dance floor pretty easy. Their attraction seemed honest and respectful even as they started to fall for each other. I even appreciated the part where there was a trip to where he grew up introducing his grandparents. It was about family. Dance rehearsals can be intimidating but they made it look fun. My favorite parts? Probably throughout the movie when they danced as a couple.
One person found this helpful

MelReviewed in the United States on March 21, 2022
5.0 out of 5 stars
Lyrical hip hop meets Bollywood
Verified purchase
I almost didn’t watch this film because of a very detailed negative review. I’m glad I trusted my gut on this one. Let me start by saying, if all movies were rooted in reality, then they would all be pretty boring. We watch fictional movies to escape from reality. That being said, if you are a fan of dance films, then you will enjoy this one. It explores what happens when lyrical hip hop meets Bollywood. The storyline is cute, the costumes are beautiful, the 2 lead characters have amazing chemistry on the dance floor. It was a good film that explores a different type of dance that many of us have never seen. Overall I’d definitely recommend it to my friends who are fans of all genres of dance.

Michelle FinnReviewed in the United States on March 25, 2021
4.0 out of 5 stars
So much love for the ones that support ambition and dedication!
Verified purchase
Please see this and enjoy! Do what you love for as long as you can, and you will inspire many others! Oh the scene with the parents and the daughter having a family discussion, when you hear what "Kelly" says to her parents at the hotel. I had to fight back tears, that is the sweetest!
One person found this helpful

debra j jordanReviewed in the United States on August 20, 2018
3.0 out of 5 stars
Won't play in my DVD player.....
Verified purchase
I saw the movie on tv I bought it but it won't play in my DVD because it says it's foreign so what can I do cause I really love the movie
12 people found this helpful

AlexsinReviewed in the United States on May 5, 2022
5.0 out of 5 stars
Beautiful love story in the backdrop of stunning American & Indian dances.
Verified purchase
Beautiful love story showcasing an amazing blend of American hip hop and Indian Bollywood dances. The blending of American and Indian culture, weddings and traditions are beautifully portrayed. The chemistry between the lead actors is sizzling and their dance numbers are worth watching. Entertaining and totally recommend.
See all reviews
Back to top
Get to Know Us
Make Money with Us
Amazon Payment Products
Let Us Help You
EnglishChoose a language for shopping. United StatesChoose a country/region for shopping.
© 1996-2022, Amazon.com, Inc. or its affiliates