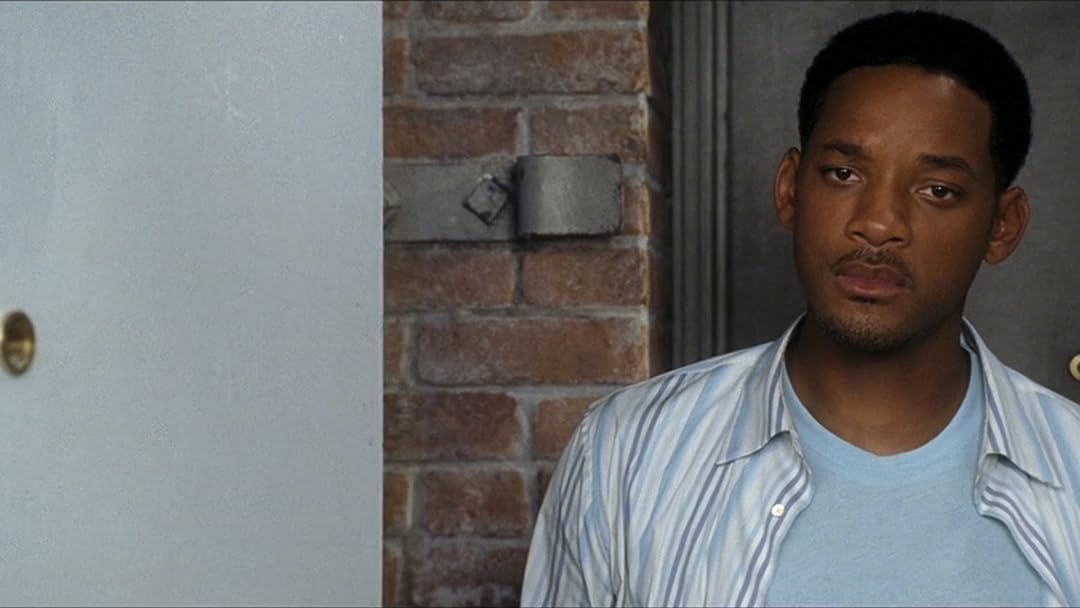 Noreen Anthony-tabarReviewed in the United States on April 24, 2018
4.0 out of 5 stars
Cute funny movie Recommend to watch it for a date night
Verified purchase
I liked it it was a fun and cute romantic comedy. I don't normally like romantic comedies but this was one of the better ones. Hitch is kinda like a match maker. But instead of getting two people together because they pay for the service. He tells men what women may be thinking and what do do on those thoughts. The Background in New York City is lovely. But only filming the good part of New York City, no of the bad areas. But lets me see New York City which I haven't been lived there since 1992 born in 1964 then left Did come back in 2013 to visit the family.
Still a funny, romantic comedy I recommend to watch it for a date night
3 people found this helpful

H. & ElleReviewed in the United States on March 2, 2016
5.0 out of 5 stars
Funny-Feel good way to spend your movie $
Verified purchase
Who can resist Will Smith at his good-natured and hysterically funny best? He's a truly nice man in this flick who uses his gifts to help the unfortunate, fairly undateable, "average" guy. Of course, along the way, He...meets the right girl for him. But misunderstandings, circumstances, and an outrageously funny cooking class, intervene to get in the way of love. It's a feel good--laugh hard--couple of hours of movie enjoyment. And If your husband can watch with you and maybe pick up a couple of Kevin James awesome dance moves? All the better!
Eva Mendes makes a believable magazine journalist sufficiently jaded about guys and their 'lines', yet willing to take a chance on Will. And Amber Valleta is sweet and funny as the dream girl of the lowly accountant.
7 people found this helpful

wild oakReviewed in the United States on July 30, 2020
5.0 out of 5 stars
The perfect date movie
Verified purchase
Hitch is one of those perfect date movie. It's benign, pretty predictable, but the whole cast is adorable, with awesome cast chemistry. James is really funny, Smith is lovable, and I'm more than willing to overlook the lack of acting skills of Mendes and Valletta. As to Hitch the character, I actually know a number of great guys who were exactly like Hitch (who were awkward while growing up and turn out to the awesome, though admittedly not as smooth as a "Date Doctor" - but hey, that's meant to be a compliment).

teols2016Reviewed in the United States on September 18, 2013
4.0 out of 5 stars
City of Love
Verified purchase
I know it was always Paris that held the title of "The City of Love", but with this charming film, New York City could be a contender for the honor. Too often, Hollywood delivers a beautiful love story that can leave an audience yearning for such feelings in our own lives. But let's face it...how many of us will find ourselves on a giant sinking ship, members of warring families, or intellectually-challenged and living in Alabama? Hitch shows another side of romance movies...a side that's quite possibly atainible. Think about it, how many of us meet "the one" at work or on the street or at one of our usual routine stops? That's just one factor that makes this movie worth watching. Second is it's stars. I'll readily admit that I would have never imagined Will Smith and Kevin James teaming up (they're both actors, but their resumes suggest very different types of work.) After seeing this film, I'll readily admit I would have never imagined the paring working out so well. These gentlemen seemed to be acting the most natural when they were interacting with each other that I almost forgot it was a movie...in fact, could someone show me a script for those scenes so I can just make sure? Talk about chemistry. Will Smith plays a "date doctor" whose advice I could certainly use and want and Kevin James plays a love-struck and rather nerdy pencil-pusher who anyone could relate to. Playing off these gentlemen are Eva Mendes as a gossip columnist who brings respectibility to the profession and Amber Valletta as the socialite millionaire (or billionaire...I'm not quite sure...apparently her last boyfriend owned Sweden or something like that) who has her own insecurities. This cast tells their story against one of the finest backdrops in the world, New York City. Really, what other city would this really work in? The location and the cast's talents make this a truely romantic story worth watching over and over again...this time, the feelings you're left with afterwards may very well be within your grasp. Perhaps you should listen to Mr. Smith there. Most of advice seems to be very sound...especially the advice he gives to one sleezy gentlemen played by Jeffrey Donovan (could he show me that move?). There's just one thing that I'm not entirely thrilled about...it doesn't lose this film a star, but it does keep me up at night. At one point, Will Smith's character believes that his real talent is simply giving guys like Kevin James's character the confidence to get the woman of their dreams and suggests that this is no big deal in the big picture that is a subsequent relationship. I disagree...confidence is a huge part of it and I'd certainly like a "date doctor" to help me out in that department...and like I said, show me that move.
3 people found this helpful

Bethany NielsonReviewed in the United States on May 20, 2020
3.0 out of 5 stars
Sweet and funny
Verified purchase
This was such a fun movie to see in theaters years ago-Kevin James carved out a comedy niche for himself, to a much wider audience, in this movie....and Will helped him do it! The usual rom-com sagging storyline (mostly at the end) came into the writing a bit-but for the most part this story and the overall film had a lot more joy and a higher quality than most love stories. Fun to watch!
One person found this helpful

JJ MidgReviewed in the United States on November 28, 2020
1.0 out of 5 stars
Disc is a dud. Try a new movie immediately!
Verified purchase
I bought this Blue-ray movie earlier in the year with Amazon gift card I received. When I tried to watch it ( it was a while before I tied) the disc is blank. I know it isn’t our blue-ray player, because we watch movies from our collection almost every night. The side that should have the movie on it is perfectly shiny. My purpose in writing this review is to give a warning to others. TRY A NEW MOVIE DISC IMMEDIATELY to be sure it is good.

Dr. OceanfrontReviewed in the United States on March 20, 2014
5.0 out of 5 stars
Very enjoyable movie with excellent acting...
Verified purchase
I believe this was really an under rated movie. I have seen it now 4 times with various people, and enjoyed it each time.

I won't go into the plot, as there are 100 reviews here that do that already. What I will do is tell you Will Smith is just amazing as a "Date Doctor", and if the women and men in the audience listen to him, they will get some insights into what the other side wants.

Seriously, the movie is full of fun insights about the opposite sex, which really made the film fun and appealing to me.


8 people found this helpful
See all reviews
Back to top
Get to Know Us
Make Money with Us
Amazon Payment Products
Let Us Help You
EnglishChoose a language for shopping. United StatesChoose a country/region for shopping.
© 1996-2021, Amazon.com, Inc. or its affiliates