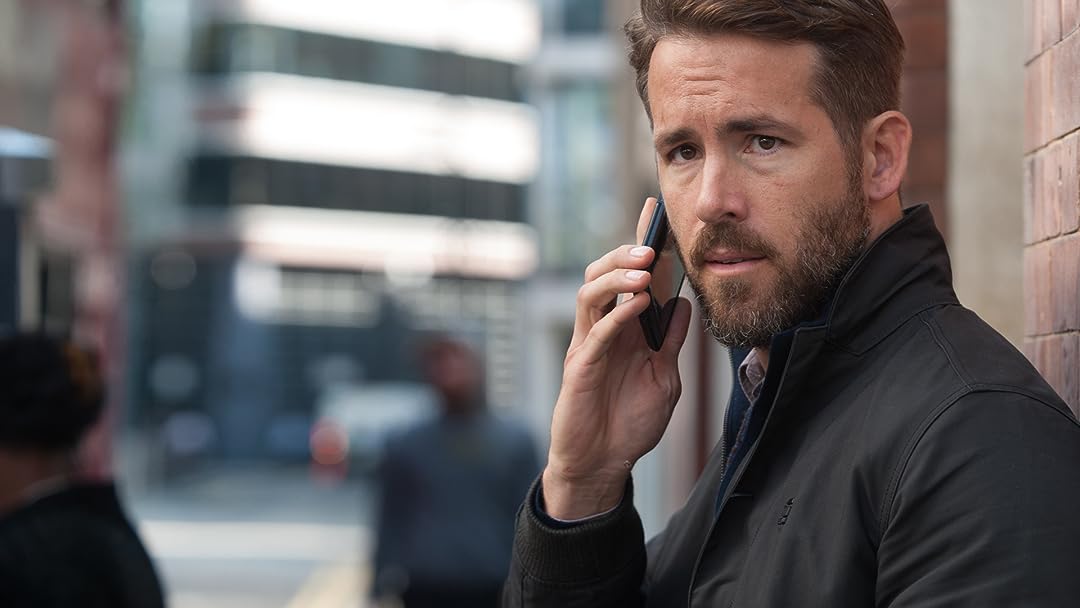 (43,322)
6.92017X-RayHDRUHDR
Ryan Reynolds and Samuel L. Jackson star in this outrageous action comedy as an elite bodyguard and renowned hitman forced to work together. In order to succeed, they don’t just have to avoid getting killed…they have to avoid killing each other.

Bob LeibowitzReviewed in the United States on June 6, 2021
1.0 out of 5 stars
Absolute garbage
Verified purchase
This movie is garbage on several levels.
The plot line is barely enough to carry the film between its many shootouts, and without any character development the viewer never particularly cares who loses and who wins The gunplay (emphasis on play) is amatuerish, as allegedly professional shooters spray and pray endless 9mm rounds against targets wearing vests; with one notable exception, every target is hit, every target becomes instantly motionless. The gore is graphic and over the top. The foul language is irritatingly constant, perhaps half the script. If this film is designed as a competitor to the John Wick series, it loses. The hints of James Bond were embarrassing, Watch this movie if paid to do so, otherwise save your time.
19 people found this helpful

Shweet PotatoReviewed in the United States on September 9, 2018
4.0 out of 5 stars
Probably the best action flick I've seen in a long time
Verified purchase
If you like Ryan Reynolds, you'll enjoy this one. I've heard he ad libs a lot of his on-screen quips, and he's hilarious. Truly, I appreciate someone who's so funny they can't be contained by a script and are intent on injecting a bit of themselves into every role. As per usual, Sam Jackson delivers (does he ever do anything but?). Salma Hayek looks as spectacular as ever - though it is totally unrealistic that she would be wearing top-notch makeup and look that beautiful in prison, but hey, it's Hollywood.
This one had great action sequences combined with a surprisingly deep moral about the righteousness of making a living from killing those who deserve it, over protecting known wrong-doers for a paycheck and status. Was not expecting this movie to have a brain or a lesson!
The Reynolds and Jackson characters are essentially enemies who learn to trust one another. That much I anticipated when it was quickly established that they had a less-than-friendly past. But the way in which they came to show that they care about one another was not cheap, forced, or a convenient plot device as I thought it might be.
I didn't know what to think going into this movie and didn't set my sights too high, but ended up really really liking it.

stephen marshallReviewed in the United States on October 12, 2020
1.0 out of 5 stars
CINAVIA
Verified purchase
I can't be the only one affected by this industry, self-serving, aberration, yet never see it in reviews. To those unfamiliar, Cinavia, after about 20 minutes, shuts down the Audio and blocks the video, roughly half the screen. The concept is to prevent you from making copies. In the past, I donated these via the Post Office Media Exchange Box. Lately, saw these coming back with notes containing impossible physical acts. The Gallows is perhaps overkill. However, would like to meet the inventor in a dark alley. So now, will return everyone i run across in hopes it will override Amazon's tacit complicity? And by all means, play your movies soonest. Just played another, a 5 movie "value pack" from Amazon that was past the statute of limitations.
14 people found this helpful

twinmom45Reviewed in the United States on October 2, 2018
5.0 out of 5 stars
A Riot but Not for the Kids
Verified purchase
This movie is an amusing romp of a bodyguard assigned to protect a hit man. Kind and sensitive, the bodyguard (Ryan Reynolds) has to get a notorious hit man to the Hague to testify in a war crimes tribunal. What happens when they meet in person is nothing short of hilarious! The hit man is a free wheeling foul mouthed assassin. The strained relationship creates great comedic moments throughout the picture.
I normally do not appreciate foul language in movies and tend to avoid them. But this device is used to create the differences in the two men. But note, NOT FOR CHILDREN, NOT FOR THE SQUEAMISH. Having said that, it is now one of my all time favorites and I have watch it at least 6 times.
30 people found this helpful

N WilsonReviewed in the United States on September 29, 2021
1.0 out of 5 stars
I couldn't stick with it.
Verified purchase
Never finished the movie. This review is based on the foul language.
It may have been an exciting movie after all. I'm not a prude, I've used it, heard it, etc but it seems like every other word is the "F" word. A little better dialog would help a lot of the movies today.
7 people found this helpful

D. SingerReviewed in the United States on January 6, 2020
5.0 out of 5 stars
Excellent action-fluff
Verified purchase
If you know Ryan Reynolds and Samuel L Jackson, then you know what this movie is going to be (snarky, bloody, SLJ's favorite phrase said frequently, full of action) and it will not disappoint you. If you're looking for thick plot, you're in the wrong room. If you object to foul language, you're in the wrong room. If you want to be thoroughly entertained for a while and don't mind some a barrage of f-bombs and some bloody action, you've come to the right place.

I'm not generally a big fan of violent movies but this one didn't hit my violence-nerve the way many do. This was more like Kill Bill, which was ferociously bloody but somehow didn't feel that way because it was kind of cartoony. This movie isn't at all cartoony in that visual sense but it definitely does not take itself seriously and that's what took the edge off the bloodshed for me.

I was fully entertained and was generally delighted by Reynolds' signature snark. The chemistry between his character and Jackson's was delightful. Another reviewer said the foul language from Salma Hayek's character seemed unnatural and I agree, though it wasn't a deal-breaker for me.

Overall, this movie was exactly what I expected it to be based on the title, blurb, and cast and it kept me entertained from start to finish. What more could I ask?
14 people found this helpful

VLReviewed in the United States on November 9, 2021
1.0 out of 5 stars
Dumb, corney, and a senario of the sameness between the bad and the fakey good.
Verified purchase
I've seen this kind of movie A BUNCH! Full of random phoney hi-tech gun fights (were you can't tell whose shooting who) psycho violence by damaged and cruel characters which are often mostly white guys who beat and kill their way through 'brainwashing movie fiction' that encourages a belief in their fake strength, fake enemies, bogus superiorty, depraved justice, and their cheesy demented roles as saviors, craftily trying to mask discrimination with two or three drops of pigmented actors and stars into the movie for pretend diversity. No black females-and a few black dudes as back drop, but no basic use of a cultural spectrum when casting; but this movie however was ok with the slur, "you grab his feet, I'll grab his nostrils." These flicks feign democracy but are sold-out on being better then every ethnicity, lording a cruel dominance over those deemed not; while gurding a righteousness to hold supreme power, and a pension for warfare, blood and weapons, tied to a belief of some divine superiority baloney and a dollar bill, along with the fleeting bliss of being number one. These movies offer some laughter and intrigue while surreptitiously dividing humanity against itself with white flapping sheets that form a pointed peak stained in crimson, while the oceans fills up with plastic and waste, and the super rich design luxury lofts in outer space, while earthlings contend with a plummeting descend into the consequences of greed and lies upon lies presented and believed as truth.
VL
3 people found this helpful
See all reviews
Back to top
Get to Know Us
Make Money with Us
Amazon Payment Products
Let Us Help You
EnglishChoose a language for shopping. United StatesChoose a country/region for shopping.
© 1996-2022, Amazon.com, Inc. or its affiliates